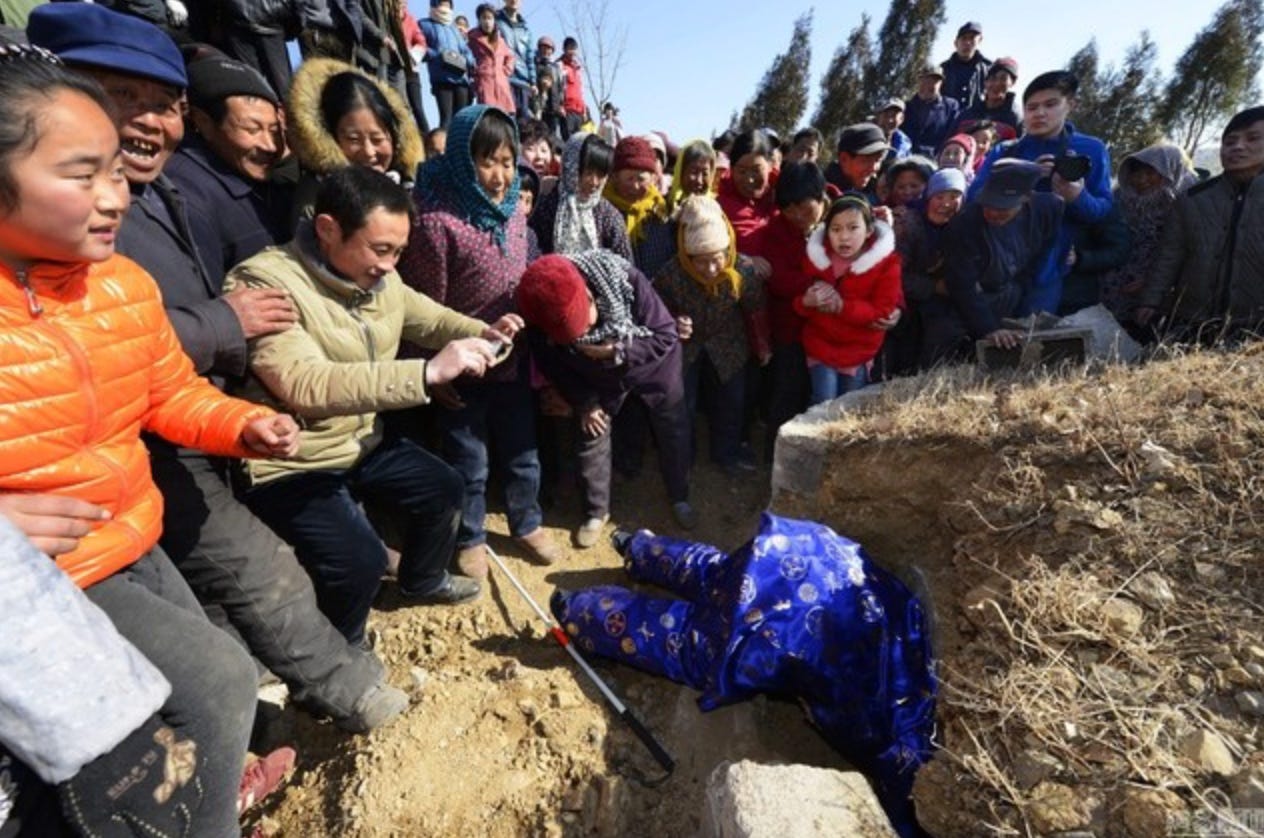 Shanghai- Earlier this month, in the Shandong town of Sanzhuang, a 66-year-old villager held a funeral to mark his own passing — someday in the future — just to see how many people would show up. As it turns out, more than 40 people cared enough to show up to his mock funeral, with the numbers inflated by intrigued residents of neighboring villages. Born on January 19, 1950, Zhang Deyang made his living selling products in the salvage industry. In 2015, he helped fund a 26,000-yuan project that built a road connecting his village to the outside world, making it easier for fellow villagers to get their goods to market, NetEase reports. However, due to a myriad of unspecified “family troubles,” neither him nor his siblings ever succeeded in establishing families. With no offspring, it seems like the approval and loyalty of his fellow villagers is pretty important to Zhang, and he decided to put friends and family to the test.

Bullshit.  Bullshit on all counts. A couple things. One, everybody wants to know how many people are going to show up to their funeral. It’s just one of those things. You wanna know which friends, which relatives and which ex-girlfrends actually cared about you enough to say goodbye one final time. We wanna know so badly but can never know cause we’re dead. That’s what makes us want to know so badly. It’s one of life’s tragedies. The only time we’re fully loved and missed is when we don’t get to experience it. Tragic. And two, this guy did it the wrong way. You can’t advertise your pre-funeral as a pre-funeral. Those numbers are going to be super inflated because they’ll know that you know if they didn’t show up or not. So of course they’re gonna show up. The only way to get real numbers on how many people will attend your funeral is to fake your own death and have a real funeral. You have to fully commit or the numbers will be way off. Funeral 101.

He clearly didn’t think it through, either, because now the numbers for his funeral when he actually dies are going to be wayyyyyyyyyyy down.  Everybody gets one funeral. Just one. Not a pre-game and then the actual event. I don’t care if it’s a pre-funeral or an actual funeral. They both count. The people who showed up to this guy’s pre-funeral sure as shit aren’t going to his actual funeral. Fuck that. You can’t expect people to show up to multiple funeral events for one person.  Like Spider Man said in Family Guy, everybody gets one.