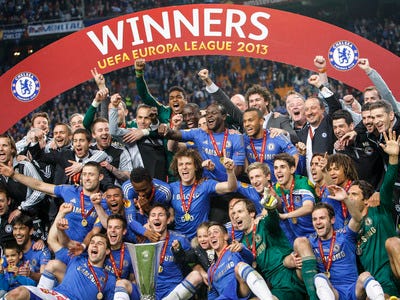 It’s been a good week so far. We were treated with some surprisingly entertaining first legs in the Champions League, we made some moneys, we marvelled at the genius of Messi and Ronaldo… yeah, not bad considering it’s only Spursday.

Speaking of Spursday, I’ve got some good news and I’ve got some bad news, and in fact they are one and the same and simply depending on your perspective: there may not be a Spursday next year given how well the club has played this season.

“So is that why you are spending your valuable time writing a blog on the stupid ass Europa League?”

I typically do not bother myself (or yourself) with posts about Europa. But in part because the EPL has approached the competition over the years with that same dismissiveness, the league now finds itself in an unenviable position of needing to do well in it just to hang on to its fourth Champions League slot. (The details are confusing, and if you want to read about the UEFA coefficient and whatnot feel free HERE – or you can just trust me on this.)

Thus, there is a reason for EPL fans to all come together as one and root for their sometimes-hated rivals. Plus last time I checked you probably like making money.

There are 32 clubs left in the competition at this point, and the schedule for this week looks like this… 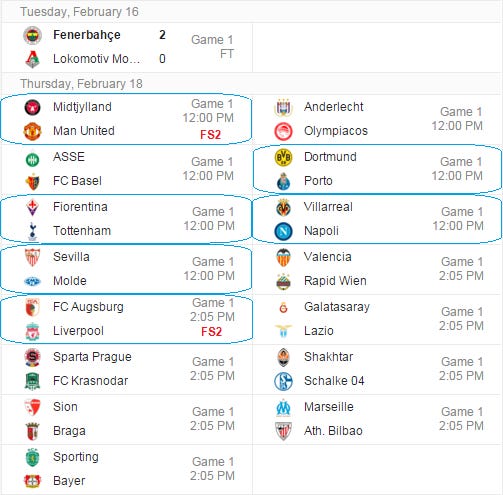 Which brings me to the third reason I decided to write this little blog today: WHY DO YOU HAVE TO SUCK SO MUCH, FOX?? Swear to Jehovis, every time I start thinking they are starting to come around on their soccer coverage they go and do something stupid like show NASCAR practices all godamn day instead of what could be some highly entertaining Europa League games like Tottenham vs Fiorentina. But you do you FOX, you do you.

Anyway, enough with that. Let’s just move on to the picks and be done with this. One thing to keep in mind though is that clubs often play weakened sides in this competition, which can lead to some weird results. So let’s get weird.

Just as Wayne Rooney seemed to be remembering how to play soccer again Father Time tapped him on dick and sat him down for the next 6-8 weeks with a knee injury. That kind of year for the bloke. No matter, United should have enough in the tank with Anthony Martial and Memphis “The Microwave” to get the job done against the Danish minnows. United to win 2-1.

Unless Napoli decide to put out their U-17 squad and didn’t tell me there is no way this line make sense. Villarreal has been barely hanging with the bottom dwellers of La Liga, while Napoli is a legitimate contender to win Serie A, and should be massively motivated by their recent heartbreaking loss to Juve. LOCK/UPSET OF THE (MID)WEEK: Napoli to win 3-1.

Spurs’ schedule is jam PACKED with games over the next couple months, so there is no question that Pochettino is going to rest some guys in this first leg. Can guys like Son and Chadli step up and fill in for Kane? Tough ask but as long as Dele Alli plays it’s hard not to like Spurs to scrounge at least hold level against a Fiorentina squad that is not as formidable as last season (though they are fresh off a nice win over Inter). Gimme a 1-1 draw.

This one is tough because I have absolutely NO idea how strong of a line-up Jurgen Klopp will go with. If he decides to rest players like Sturridge and/or Coutinho then this recommendation should be considered null and void, but with those players – and Sturridge especially – there is no way a 14th place Bundesliga side should [gulp] be able to stick with the Reds. Then again, Kolo Toure will probably play, so who the fuck knows? Whatever. Liverpool to win 3-1. (Also a Lock City, USA… personnel-depending.)

Other games: Sevilla + Europa = win. Always. Especially since Molde is not very good. Sevilla to win 4-0. Also, Porto is coming off an impressive win over Benfica this weekend. Dortmund at home is a tough, tough task but those Portuguese sure are spunky. I’m going with a 2-2 draw.

So there it is, the only Europa League preview that I’m going to waste my time writing this week. Got some FA Cup action coming up this weekend. Get pumped. 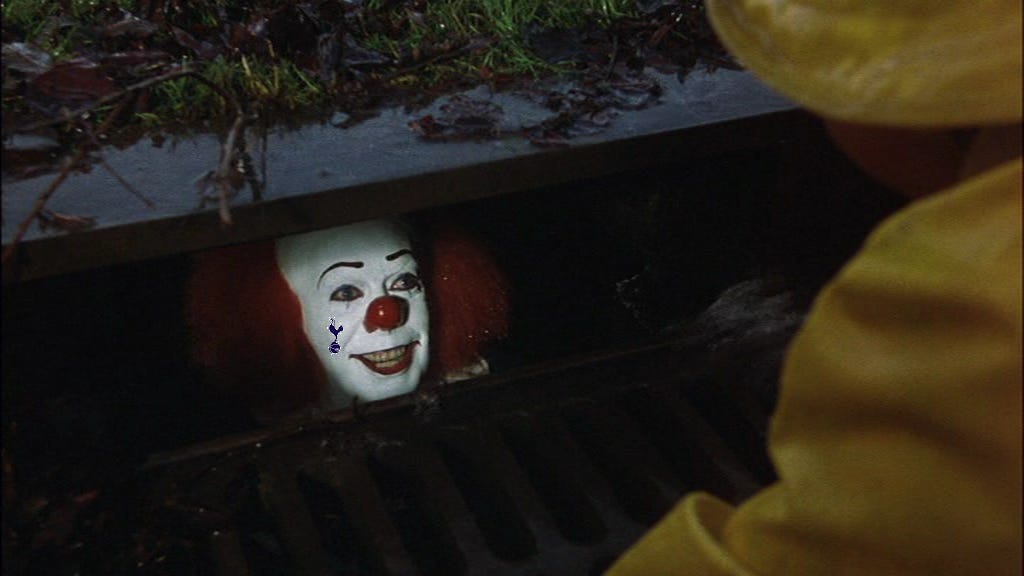 WE ALL FLOAT DOWN HERE!