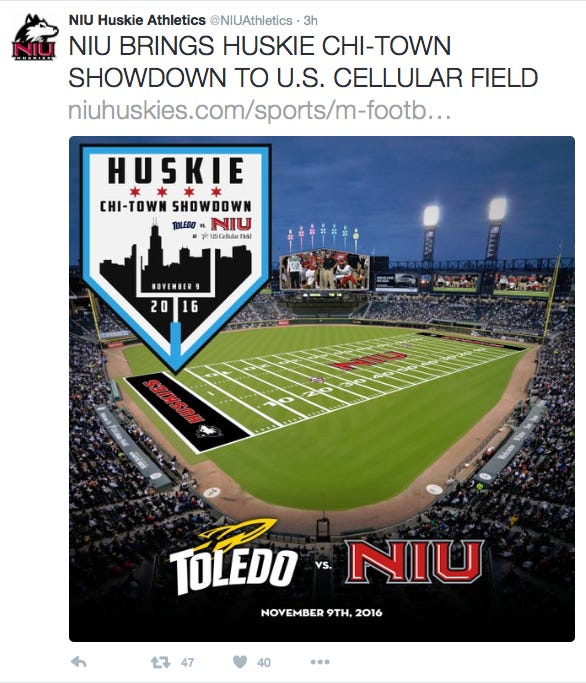 First of all love the wishful thinking by the MAC to think they’re going to sell out the Cell. That’s my type of irrational self confidence. I went to the Wisconsin vs NIU game at Soldier (better location) in September (better weather) like 7 years ago and that game was far far from sold out. So yeah, I don’t think this picture is exactly right.

That’s neither here nor there though. MACtion in Chicago, basically my two favorite things combined into one event. The question now is how long are we going to tailgate? Should I drive the RV from NYC? I think I have to. I think we have no choice. Pencil that shit in. Lights, Camera, MACtion. And yes making travel plans to see my favorite conference play in my city hurts a lot, I’ll be upfront about it.

When I reach my dream job of MAC commissioner I’m doing a stadium series at unaffiliated minor league stadiums. No disrespect to the Cell but doesn’t Standard Bank in Crestwood seem more MAC speed? I’ll even sing the anthem, we’ll make it a whole thing. 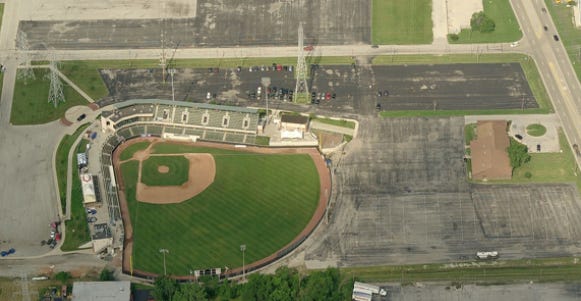