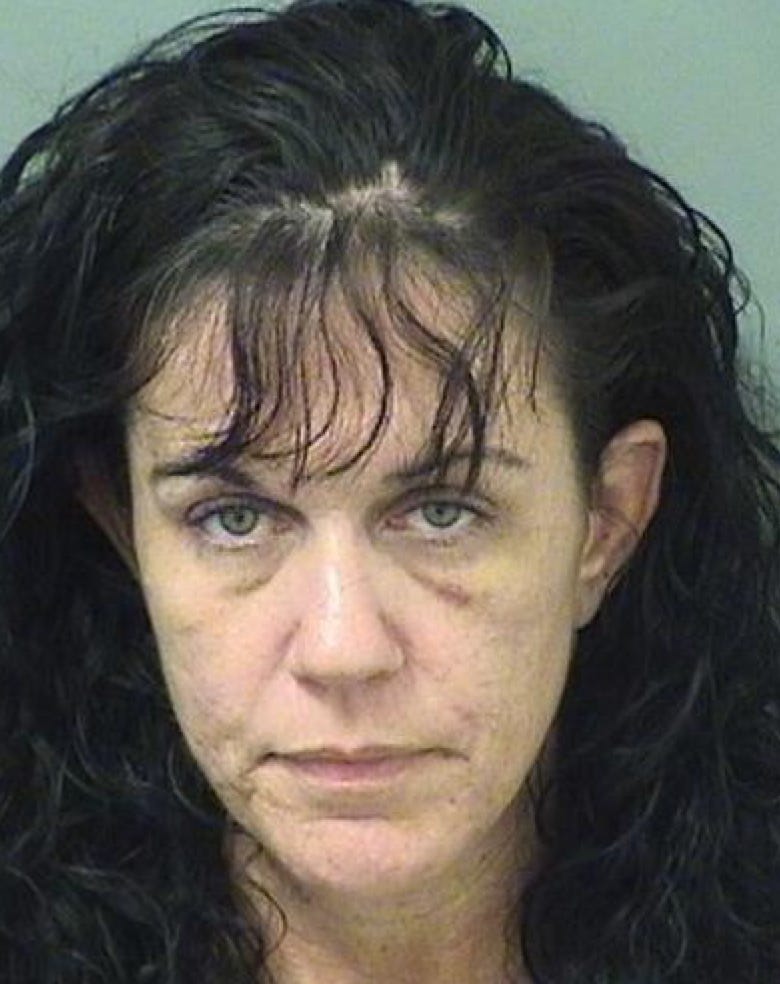 PalmBeachPost- A 42-year-old grandmother high on Xanax, morphine and vodka had sex in the bathroom of a suburban Boynton Beach’s community gym while her 2-year-old grandson was in her care, the Palm Beach County Sheriff’s Office reports. Another child, whose age was not released, told police he saw April Purvis, 42, “having sex” in the bathroom at the Indian Hills community’s rec center with a man and heard them moaning, the arrest report says. Purvis, who faces a child neglect charge, had her grandson in the bathroom with her, investigators say. The child told police a man emerged from the bathroom and gave the child money to go away. When the boy returned, he saw Purvis unconscious on the bathroom floor holding both her grandson and a knife, he told police. The child was afraid Purvis was dead, so he ran out side and shouted for help. When police arrived, no one was hurt, but Purvis could hardly open her eyes, the report says.

Kids and their quest to ruin everything marches on. Nothing to see here. Just a morphine junkie grandma trying to get her sex on and in wonders her two-year-old grandson to ruin the whole thing. This shouldn’t be considered a crime and I’ll tell you why. This isn’t going to affect the child in the slightest because he’s not going to remember it. When was your first memory? Like, five years old? Exactly. So the kid walking in on his doped up grandma pretty much never happened. He will have zero recollection. I guarantee all of our parents dropped hard f bombs and said horrible things in front of us when we were babies. I guarantee they neglected us for long stretches of time. Did it affect you? Of course not because you don’t remember it happening. You’re fine. I’m fine. We’re all fine. Sure, maybe somewhere deep in your subconscious it’s kicking around and will surface some day, but whatever. All I’m saying is let granny live. Let her get hopped up on morphine and fuck a stranger. But once the kid turns 5 or 6? It’s time to cut that shit out.

Also, it’s the job of grandparents and aunts and uncles to introduce their grandkids and nieces and nephews to parts of the world their parents won’t. It’s part of being an uncle or grandparent. You spoil them with candy and treats, you let them watch R-rated movies, you give them a sip of your wine and, yeah, maybe you let them be independent for a few hours while you get high on morphine and have sex with somebody. It’s all part of growing up.