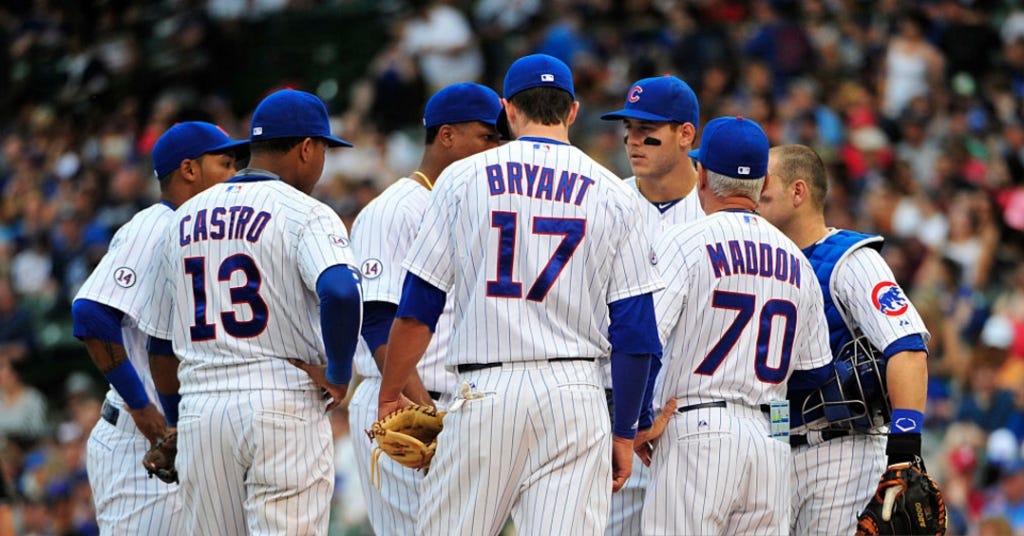 Last night, Joel Sherman was on MLB Network talking about the MLB needing to implement timeouts in order to keep the game moving along, which sounds ironic, but it actually makes sense.

His point was that baseball already has timeouts, and the problem is that you can take as many as you want. The idea of adding a set number of timeouts for each team will limit the amount of stoppages in the game, and keep the action going. Sherman had a column in the New York Post to further elaborate his idea.

But there already are timeouts. The problem is they are unlimited. A catcher wants to visit the mound, sure, go for it. The same for an infielder. A pitching coach literally could come out once every inning to chat with a pitcher, no problem. A hitter can wander down to a third-base coach to make sure he has the squeeze sign.

We have too many accepted stoppages that disrupt the flow of the game. So give each team five timeouts and – aside from injury – make those the only points at which the game can be stopped for chats.

I mean, he’s right. There are too many stoppages in the game that don’t need to be there. While some of the breaks in the game are a necessary evil, managers and players often exploit that there is no limit to how many of these breaks you can take. For example, a manager taking his sweet ass time to stroll out to the mound to give a relief pitcher extra time to warm up, or if a manager signals to his catcher to go out to the mound to talk about bullshit while the next reliever gets a few extra warmup pitches in, that part of the game needs to go.

If you’re a manager, you get paid to avoid situations like these. Your job is to foresee when a reliever is going to be needed. Now, you don’t want to get a reliever up too soon, because the worst thing you can do is get your reliever up, tell him to start throwing, tell him to stop throwing, and then tell him to start throwing again. It should be part of the strategy within the game. But if you have to use these game-slowing tactics to get your pitcher warm, then that just means you didn’t do your job as a manager by getting your reliever up and throwing in time. As a manager, you should be penalized for not managing the game correctly. Instead, the fans get penalized because we have to twiddle our thumbs for five minutes while you get your shit together.

For all the goldfish-brained casual fans out there, these stoppages in play are equaling channels being changed. Limit the stoppages and both keep and attract new viewers to your product.