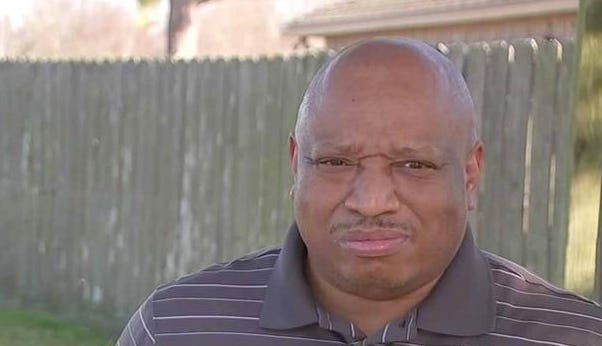 Source – The U.S. Marshals say they’ve made several attempts the past three years to get Paul Aker to court, claiming he refused. So, they issued a warrant for his arrest. Aker is telling his side of the story and believes the force used was excessive. He says last Thursday he got the shock of his life at his southwest Houston home. “I walk out slowly with my hands up, I’m here, I’m here,” Aker said. U.S. Marshals surrounded his home and arrested him. It wasn’t until the ride to jail he finally got an answer as to why — an outstanding student loan. “What? All those guys and all those guns for a student loan. How much? The judge will tell you, the judge wants to see you,” he said. Aker says he had two previous loans he paid off after graduating from Prairie View A&M University and didn’t know he owed $1,500. They rolled out a list of notices since 2006 but Aker says he didn’t receive them. He says he was cuffed and taken before a federal judge. “He asked me if I was in the habit of stealing from the US Government? I said, no sir,” Aker added. Aker says he was never offered a phone call, never told he could contact an attorney before agreeing to reimburse the government $1,258.60 for arresting him and a payment plan of $200 a month to pay off the loan and accrued interest.

There it is kids, that’s you, staring into your future. Arrested by US Marshalls for not paying off a $1,500 student loan*. That could be me, could be you, could be any one of us at any given time. But you know what, I hope this becomes a recurring theme. Imagine if they started arresting every single liberal arts major from small schools in New Hampshire and threw all those hippies in jail? Would be amazing. No more Occupy protests, no more idiots standing in the middle of traffic at rush hour, and we would definitely have way fewer people wasting their time at college, which is something I strongly believe in. I’ve long said how generally pointless college is unless you’re smart, and very few people are actually smart. So many kids go to college, get buried in $100,000 of loans “because they’re supposed to” and then are dead ass broke poor for the rest of their lives. But it’s a vicious circle because jobs will only hire people with degrees, but a degree isn’t even needed for most jobs. So get a degree that actually matters, and don’t complain about not being able to get a job after you get one in 17th Century Literature. But I’ll tell you this, if you get a bullshit degree (Comm major represent!), there’s no better feeling in the world than paying off your student loans. Suck my balls, Sallie Mae. Suck on my balls.

* He was arrested for defaulting on a loan and not showing up to court and ignoring government orders. But it all stemmed from going to college. So the point remains. That could be you.