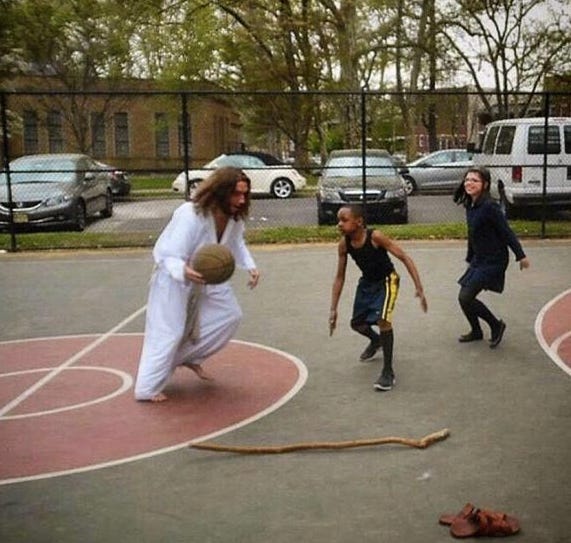 Yesterday on The Rundown Portnoy dropped this bomb, and I feel like it went largely unnoticed save for a few tweets. What the hell was David Son of Nat Portnoy doing in a Catholic Youth Organization? That’s for the Jesus acknowledgers, my friend. If you wanted to play sports with us god-fearing Christians then your great-great-great grandparents should have had the smarts to renounce Judaism like mine did.

I totally get all the Jackie Robinson uproar now. This ain’t a league for you, pal. When was the last time you heard “Jesus was just a man!” chants echoing throughout an arena? Exactly, never. It’s “God’s on our side!” When was the last time you heard a pro athlete thank his mom for getting him that football on the third night of Hannukah? Not once, we thank the Good Lord for making us bigger, faster, stronger than Jews. Sports are for Christian folk and that’s just a fact. You get your best squad of Js, I’ll get my squad of Cs and let’s see who comes out the victor in any sport of your choosing.

I’d probably quit the CYO if they let Jewish dudes in. Forget about inferior athleticism, you think I’m setting myself to get Koufaxed in the championship game against St. Joe’s just because it falls on one of your 10,000 holidays? Absolutely not. Jews in the CYO, now I’ve heard it all.