Tonight on Jeopardy we had ourselves a Jeopardy Smoke. Manisha. 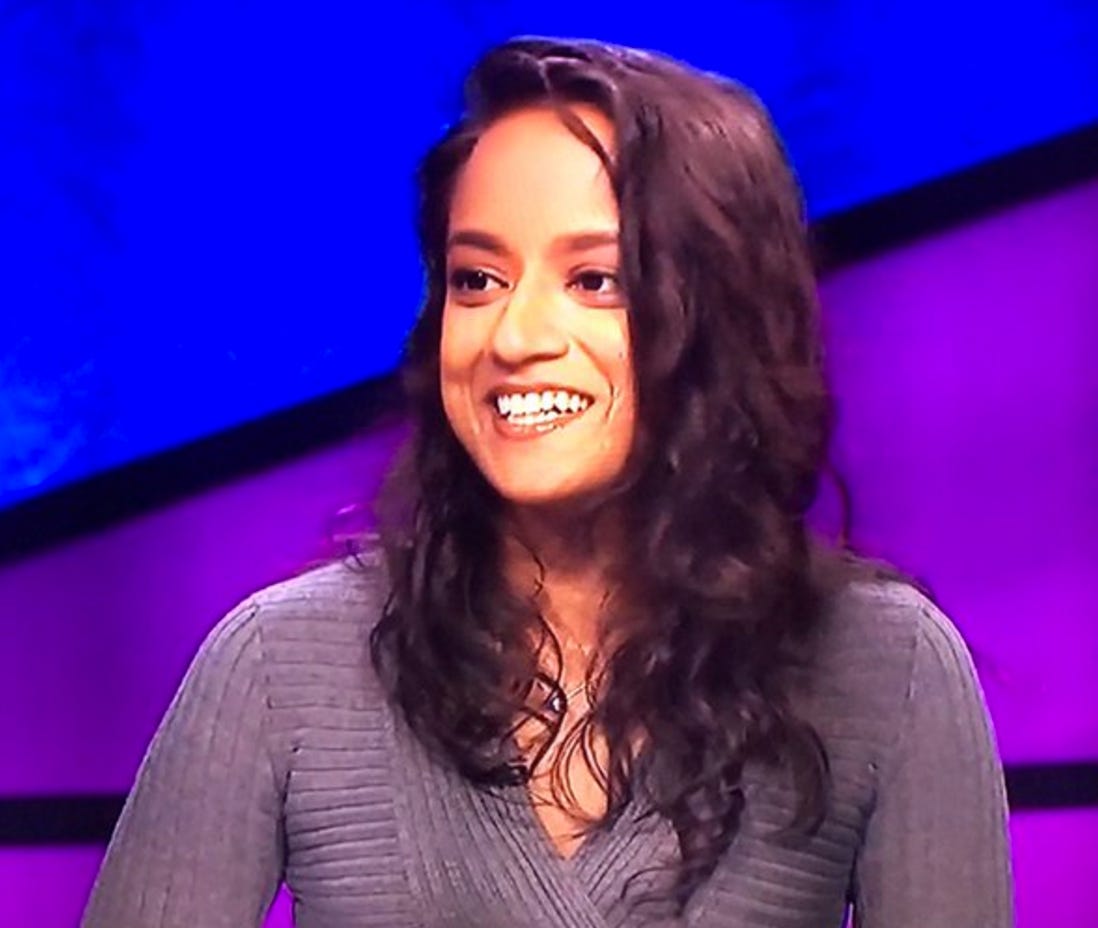 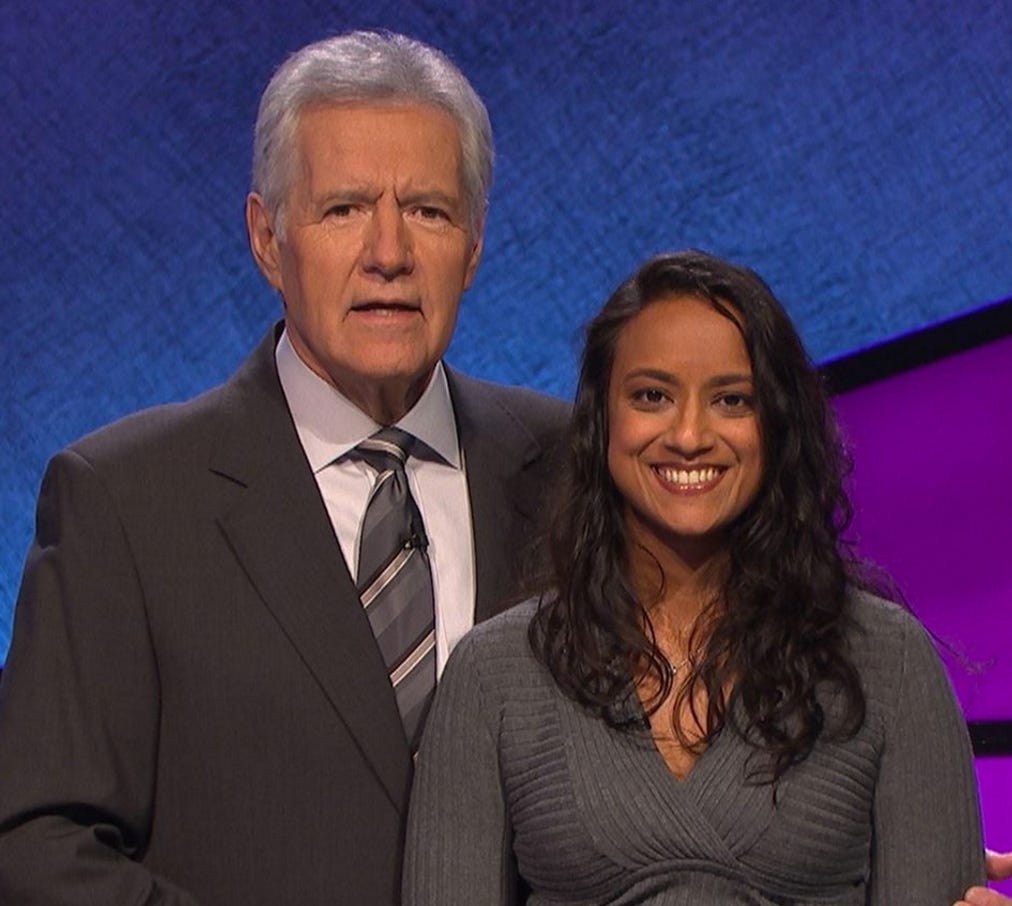 I’ll be honest, she’s not my style. Most likely because I’m racist but there’s no denying she’s a pretty Jeopardy contestant. Again, I always have to reiterate, a Jeopardy Smoke is measured against the normal types of girls to appear on the longest running, most difficult quiz show on earth.

So Manisha during her introduction story explained how shes a goddam roller derby fan. Indian Roller Derby girl. Go figure. Anyway fast forward to the end of Jeopardy, Manisha doesnt even win, and Alex Trebek decides he’s gonna get all up in her roller rink.

The twirl into the whip and then Trebek starts FLEXIN ON THESE HOES. A fucking salute and wave goodbye to your competition as Manisha’s basement is flooded.

Would love to see Sajak even attempt some pimpery like this. Too busy wasting his entire fucking life in the Friend Zone with Vanna White. Take notes, Pat. Trebek has been doing this for 25 years and he’s still finding new ways to get these chicks wet. Send Manisha home all hot and bothered with $1,000 consolation prize, some Aleve, and visions of Trebek dancing in her head.  Thats how you fucking do it.

Flex on these bitches and wave BYE BYE to the haters, Alex