Klay Thompson is often seen as the less touted shooter in the Warriors’ backcourt with Stephen Curry.  But on Saturday, Thompson took down Curry in the 3-Point Contest one day after being starstruck during his second All-Star Weekend.

And who made Thompson stop in his tracks? None other than Michael Jordan.  “He said, ‘Go ahead and go break the [Bulls’] record,'” Thompson said after taking home the 3-Point Contest title.

Vintage MJ. Even in his old age he’s still playing mind games. Go ahead Klay, all you bro, take that record, Michael doesn’t care. No seriously, it’s not even a big deal, oh did you think it was important? Because it totally isn’t.

This is like Michael giving Charles Barkley a 20k diamond earring during the ’93 finals, saying “that fat fuck won’t bother me anymore”. Total snake in the grass. Let Klay and Steph take the foot off the gas just a little bit, feel comfortable for a moment, just for a second. Michael doesn’t care about the record, you can have it, all yours, not even sure why you guys are trying so hard, MJ doesn’t even care about that shit. Mind game 101. 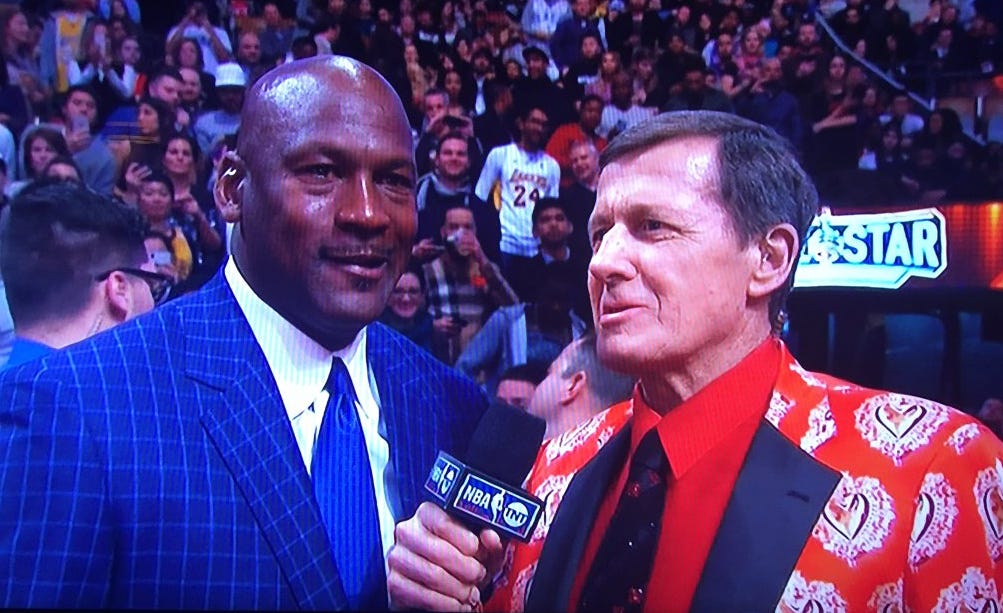