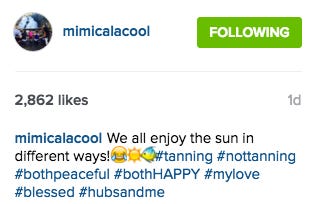 It’s so weird to think of the Undertaker as an actual person who is married and has children that he drops off at school. He’s the Undertaker! Childhood you would never believe that he has feelings and thoughts and emotions like a normal person. He’s probably the last wrestler who you can dispel belief of being an actual person. So it weirds me out when his wife (who it hot as hell, and you can’t teach that) posts pictures of him on Instagram. But I love this picture of him at the beach. It’s exactly how I want Taker to be at the beach. As if the sun would kill the dead man.

PS: How about Taker getting ripped for Mania?

And how about Cena hinting that he might be back from his injury- which was supposed to keep him out for upwards of 8 months- sooner than later?

Is he really pushing to get back in 3 months instead of 8? Is that even possible? Like, we all know Cena is Wolverine and heels exponentially quicker than everyone else. But that’s a HUGE difference. Maybe he’s using some of Mrs. Manning’s secret stuff in order to get back? Looks like Cena vs Undertaker might be back on the table after all.