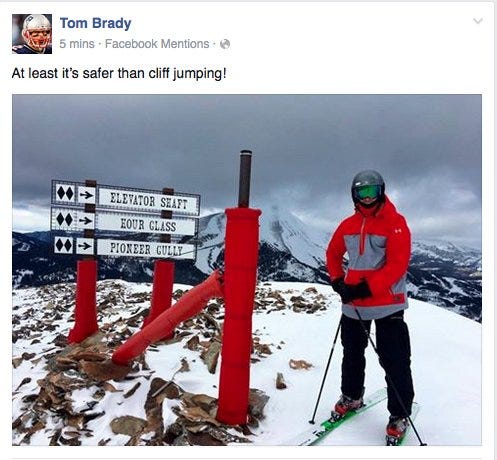 Some people seem to be upset or worried about this. Those people are silly. First of all, while I’m sure the Patriots aren’t thrilled about it, they’re also not going to say anything. Brady can do whatever he wants as long as he keeps playing for minimum wage. Second, Tom Brady isn’t going to get hurt skiing, Tom Brady is an incredible skier. No, I’ve never seen him go pizza-french fry, but I just know that he’s fantastic. He’s white, handsome, and rich. Have you ever met someone who fits into those categories and couldn’t own a double black? Didn’t think so, it’s part of your DNA. You get sunburned and have a ton of money? Then go attack those moguls, my friend, you’ve got all the necessary attributes.

Plus, it’s impossible to get hurt on a ski mountain. Everyone who’s ever been skiing or saw the Always Sunny ep this season knows that. Ski resorts are like Spring Break locations for older, white people. You don’t get hungover, you don’t get tired, and you don’t get hurt. They’re fountains of youth. Ski all day, drink all night, and still get up at 7:30 AM feeling like a million bucks. You get hurt playing against the Denver defense behind that offensive line, you don’t get hurt drinking five beers at lunch then barreling down a sharp and icy mountain with trees in the way.

PS – Obviously Brady doesn’t ski at Killington like some poor person, he’s a Yellowstone Club where only the rich and famous are allowed to ride the lifts. My new life goal is to get Chernin to let me use his pass for the weekend. Film a new movie with Warren Miller starring Brady, Affleck, JT, and myself. 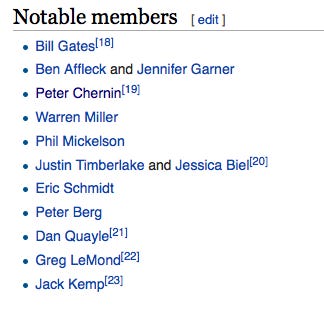 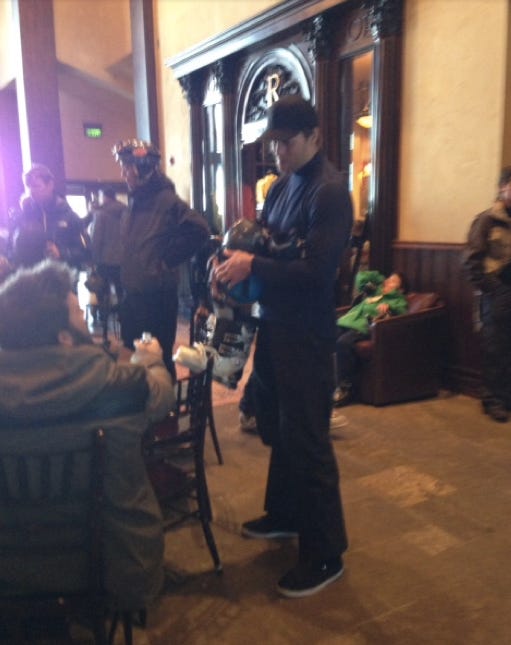