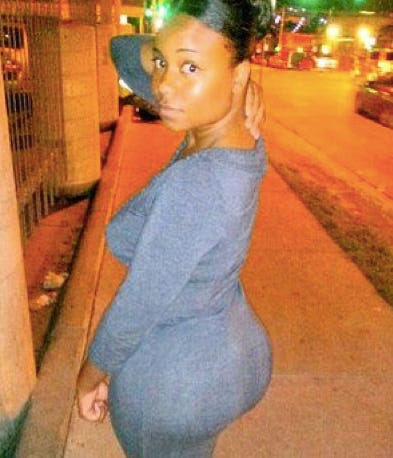 (Source) — A woman who said she was unhappy with her haircut returned to a San Diego salon and tried shooting her barber, but the gun jammed and employees tackled the woman, police and the barber told NBC 7. The incident happened Wednesday morning at the 619 Barber Shop on the 3900 block of 30th Street, where 29-year-old Adrian Blanche Swain went to get a trim. Barber Manny Montero told NBC 7 she left happy, giving him a $20 tip on top of her $20 cut, but an hour later, Swain returned upset — and with a different haircut. “She said, ‘Look what you did to my hair,'” Montero said. “She came in with a bald spot on the side, and I am like, ‘I didn’t do that.'” Disgruntled, the woman pulled out a gun and tried firing at Montero, police said. The gun was loaded but malfunctioned, clicking three times as Swain allegedly tried to fire off rounds. “She had it. She was gonna do it,” said Montero. “For some reason, God was there.”

I actually understand this. Perhaps I’m just a pussy (I am), but I have never once complained about a haircut to the barber or stylist’s face. I wouldn’t dream of it. When they hold up that mirror to show me the back I instinctively say, “Perfect,” like I’m Pavlov’s dog. Mirror? You nailed it and for some reason I’m salivating. Every time, even if it sucks. I’m the same way at a restaurant, unless you rub your asshole on my food at the table then you’re getting a 20% tip. I’d rather be poor than have any sort of confrontation. I’ll smile, tell you that you did a great job, then get into my car and start stewing with anger. Just this weekend I got a haircut that I wasn’t thrilled about, but did I say anything? Of course not, instead I got home and punched a dent into my wall when I couldn’t get my hair look right in the mirror. Perhaps if I owned a gun I would have gone the same route as Ms. Swain.

Plus, at the end of the day, 619 Barber Shop is probably happy with the publicity. You can’t be a good barber shop unless there’s the threat of bullets flying in the middle of your line up. That’s how people know you’re legit. That’s my racist take for the day.