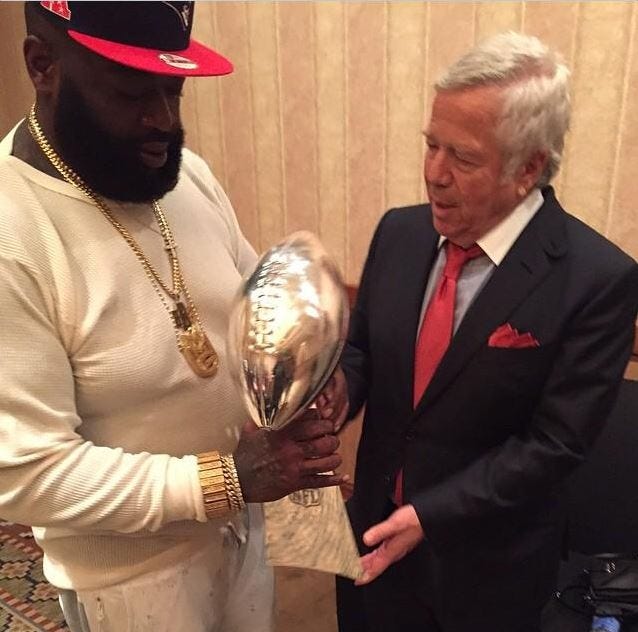 Pats win the Super Bowl. Paul, Dave, and Hank go to a bar to throw a few back. They get wind of the official Pats Super Bowl party 45 minutes away. After traveling the long distance, it looks like they won’t be able to get in due to crazy security. Right as they are about to call it quits, Bob Kraft’s nephew sees them and helps them bypass security. They get into the party and immediately orgasm. They get a picture with lifelong Patriot Darrell Revis, and then, for the finale of the night, the big boss Ricky Ross comes out on stage and pledges his allegiance to Robert Kraft and the rest of the Patriots organization.

If any of those details are incorrect, it is because Hank has incorrectly remembered them because that’s the story. 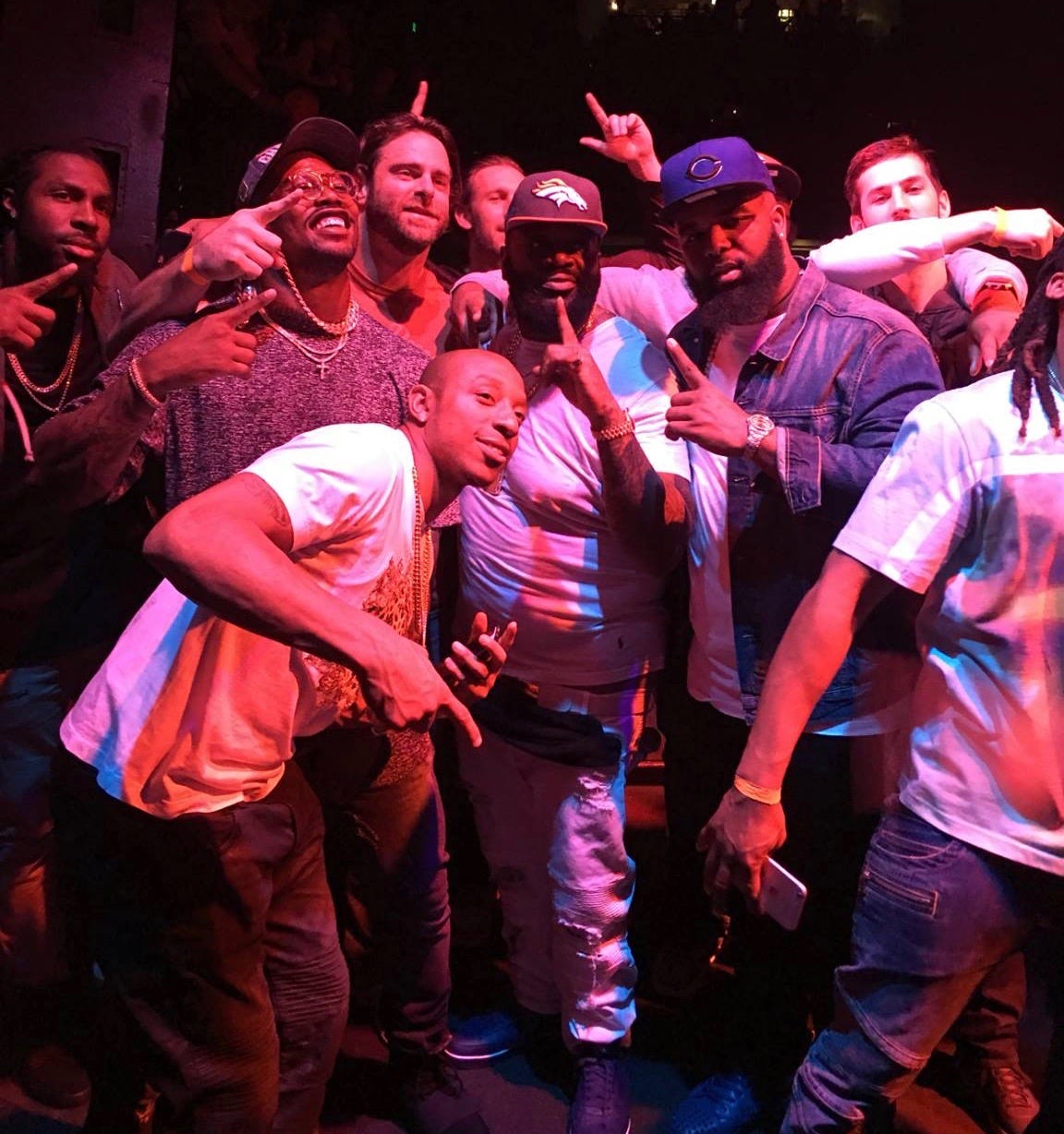