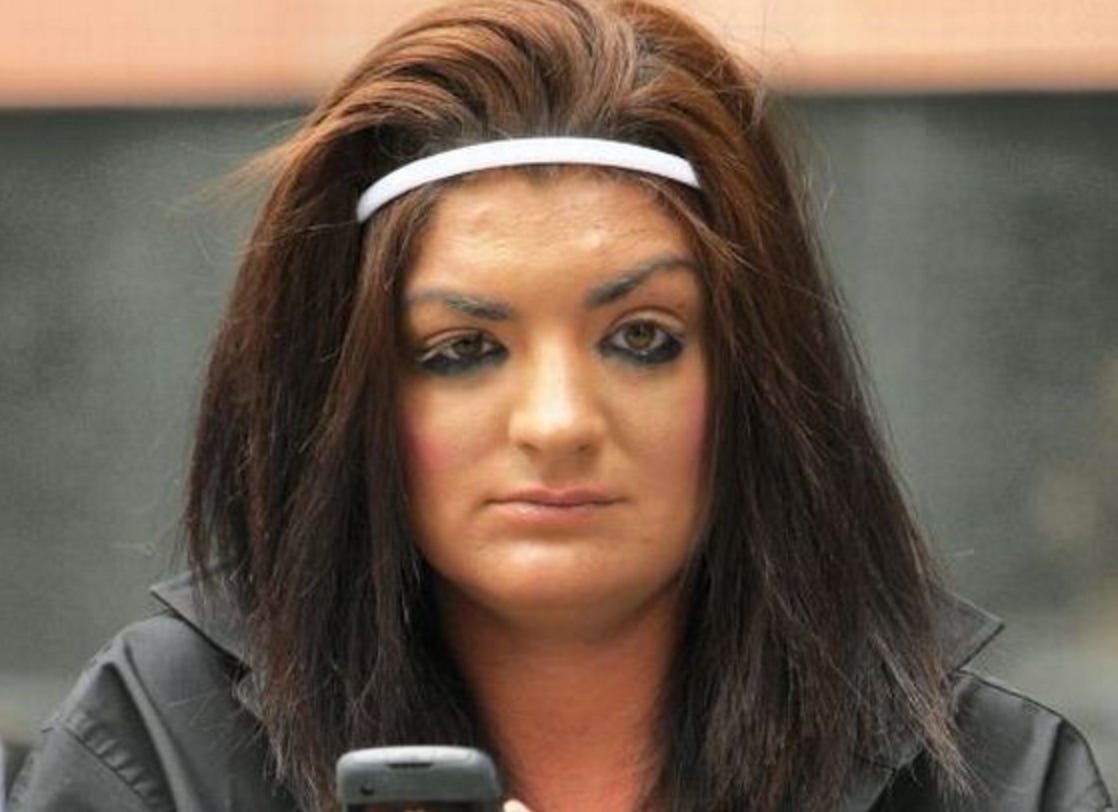 Manchester – A lap dancer ended up in court – because she keeps stripping off in public. Zaynab Alkhatib, 25, who earns £2,000 a month, got so drunk that she undressed in a packed restaurant and sat on a podium wearing nothing but a pair of black stilettos. Two days earlier she ripped off her clothes in a club and ended up kicking two police officers who covered her up and took her home in a van. Alkhatib, of Broadway, Salford Quays, apologised to magistrates after she was fined £500 and ordered to pay £100 compensation each to the two officers. She was also ordered to pay costs of £107 and a £15 victim surcharge. She said: “I’m just really, really sorry. I don’t normally drink that much.” Manchester magistrates court heard how the first incident took place at the Rice Flame Bar and Grill on Chester Street in Manchester city centre. Matthew Siddall, prosecuting, said officers were called to the restaurant at about 10.30pm on April 16 this year. He said: “They found a female in her mid-20s sitting on a raised platform on a seating area around a table. “The female was completely naked except for a pair of black, high-heeled shoes. She was in full view of the restaurant due to her raised position.” When the officers asked her to get dressed, she replied: “I’m not an octopus.”

Theres really not much more to the story other than shes the ugliest stripper to ever work the pole. I mean thats its, folks. She’s the one. She looks like Quasimodo from the Hunchback of Notre Dame. I think I’d rather get a lap dance from Pres than from this chick. Just absolutely horrific. Anyone paying this chick to get naked needs to completely reevaluate their standards. And the fact that this girl is just getting naked all over town in restaurants and shit is the least self aware I’ve ever seen anyone be. Nobody wants to see you naked, yo.