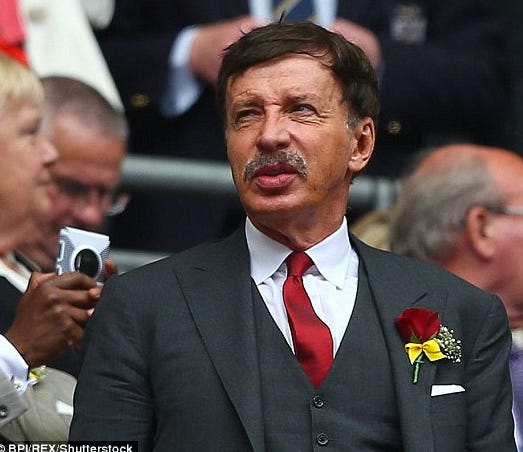 Daily Mail - The billionaire owner of the Los Angeles Rams and his billionaire Walmart heiress wife have purchased the largest ranch in the United States. Stan Kroenke, who owns the Los Angeles Rams and is also the largest shareholder in the English football club Arsenal, closed a deal to buy the 535,000-acre W.T. Waggoner Ranch in Texas. Kroenke is married to Ann Walton whose father Bud was an early business partner in Walmart, which was founded by his brother Sam. The ranch had been listed at $725million, but it is not being reported how much was paid for the property.  Kroenke is reportedly worth $6.3billion while his wife is worth $4.9billion.

Ok let’s pause this blog real quick to digest that small paragraph which has more information in it than most books. We all know Kroenke as the super villain who just moved the Rams to LA so he could build his dream stadium out there. What not many of us knew was he is married to another super villain, Ann Walton from the Walmart family. Together they are worth more than 10 billion dollars. And deep breath. 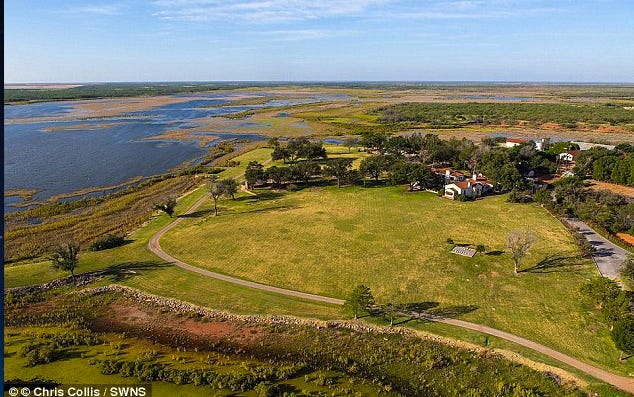 The estate includes the 510,000-acre ranch spread over six North Texas counties, with two main compounds, hundreds of homes, about 20 cowboy camps, hundreds of quarter-horses, thousands of heads of cattle, and 30,000 acres of cultivated land. Oil was discovered on the property in 1902 and there are now more than a thousand wells spread across the property. Heirs and stakeholders currently occupy two of the three principle houses and much of the estate has not yet been explored for oil and other mineral reserves.

So he now owns 500,000+ acres, but other people live on his land? He just has cowboys and cattle and who knows what else living all up on his land. But he also has a shit ton of oil, and even better, “much of the estate has not yet been explored for oil and other mineral reserves.” Nice life eh? 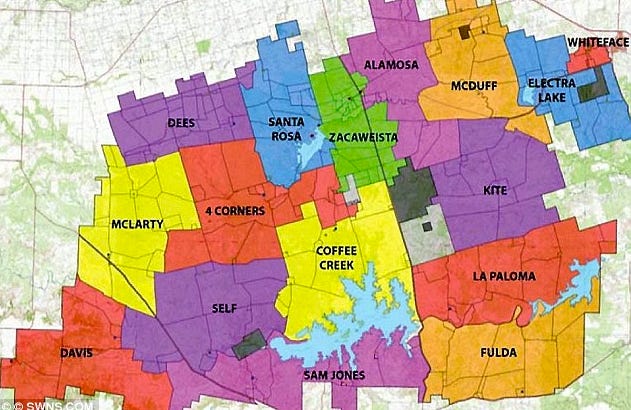 So this guy owns the Rams, Arsenal, and the entire state of Texas. And his wife owns Walmart. And then they get bored and shell out 725 million dollars of a ranch. Does that look like the face of a guy who spends time on a ranch? No way. He just had money burning a hole in his pocket so he said fuck it, let’s buy Texas, find all the oil, and double our net worth. What a boss.