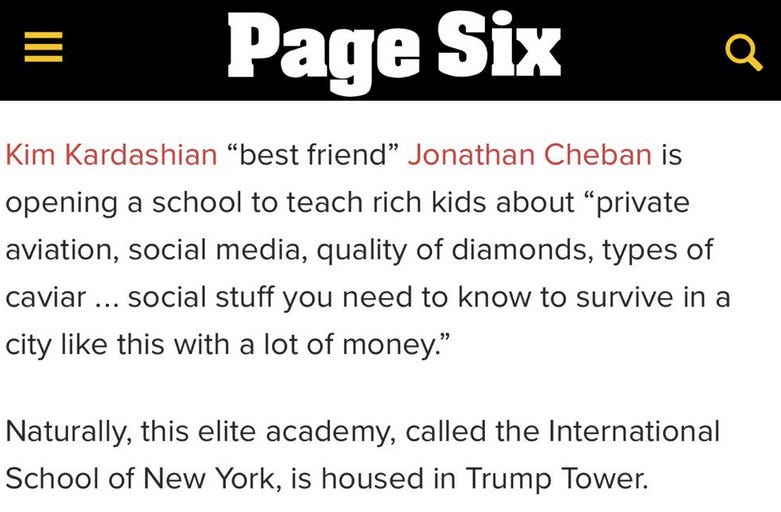 Life sucks no matter what. Getting up in the morning, putting your feet on the floor, and thinking “MotherFUCK I have to do it all again” is never an enjoyable experience. But it’s impossibly worse when you have to go teach in Trump Tower and have little North West tell you that your clothes are from last year’s line, you don’t know shit about G5’s, and your taste in caviar is shit. Kids are the meanest people in the world, but at least you can tell them to shut up and you have more money than them. Not with these kids you can’t. They haven’t hit puberty and they’re literally more important than you by every measurement. That’s a deathblow to have to go and deal with that every day.

If you’ve got to send your kid to a school like this in order to survive in your social circles then you need some new social circles. Blue Ivy doesn’t need to know what cut her studs are.