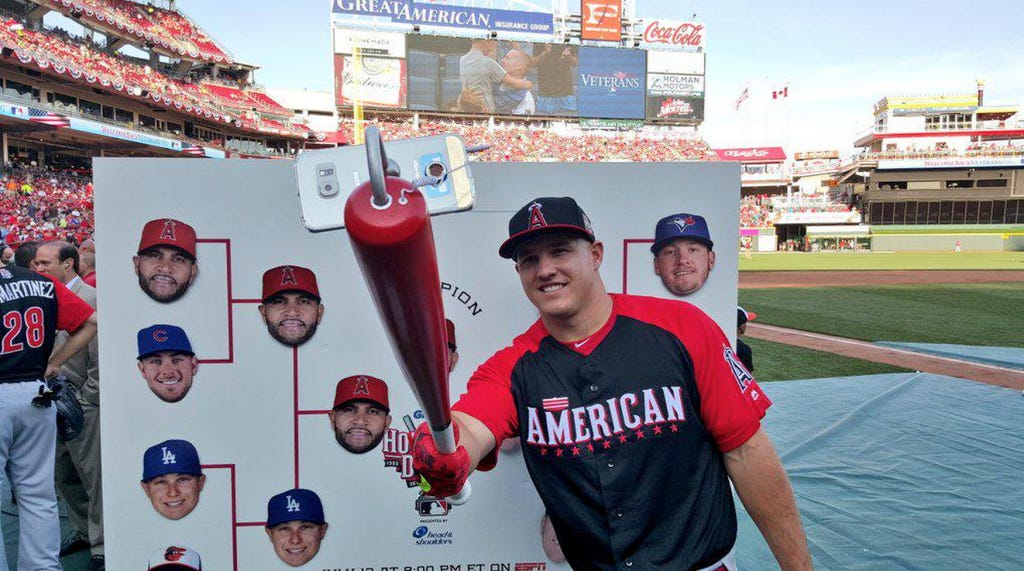 Could you even imagine if Nolan Ryan were still around and pitching for the Angels, how he would react to something like this? Complete outrage. He’d probably reach into the crowd and snap one over Robin Ventura’s head.

To be honest, a promotion like this will probably be totally fine for a west coast team with a laid back, Cali crowd. They might even enjoy it. But if they ever tried to pull this shit in Boston, New York or Philly during a losing season, all the drunk dudes in the bleachers would just throw their selfie sticks onto the field or fight each other with them.

Actually, come to think of it, I’m not even sure how the Angels intend to pull this off, considering that it sounds like selfie sticks are banned at major league ballparks. This is from a story about MLB mandating all major league ballparks to have metal detectors at their entrances last year.

Unlike at airports, fans can leave on their belts and shoes on when walking through the metal detectors. However, heavy metals, such as keys and loose change, as well as mobile phones, must be removed from pockets before passing through the stadium. Additionally, laptops, selfie sticks, audio and video recorders, hard-shell bags and laser pens will not be permitted inside ballparks.

Whoops. By the way, big ups to MLB (and the Seattle Mariners) for taking a stand against selfie sticks. It’s bad enough that I have to sit behind a pole in a chair that faces right field. The last thing I need is a selfie stick in my face on top of that.