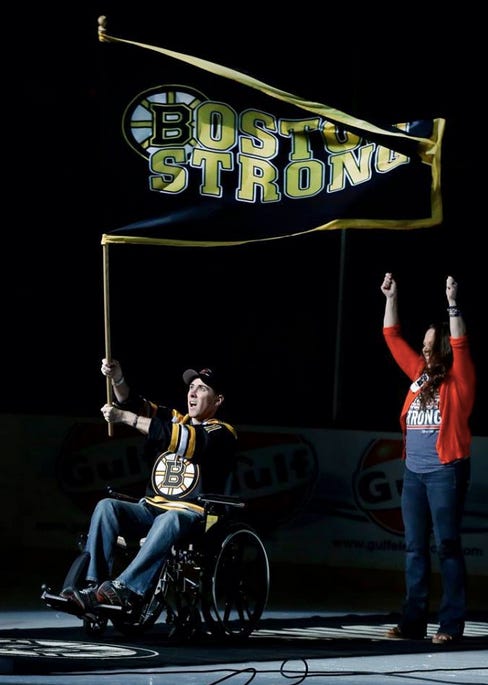 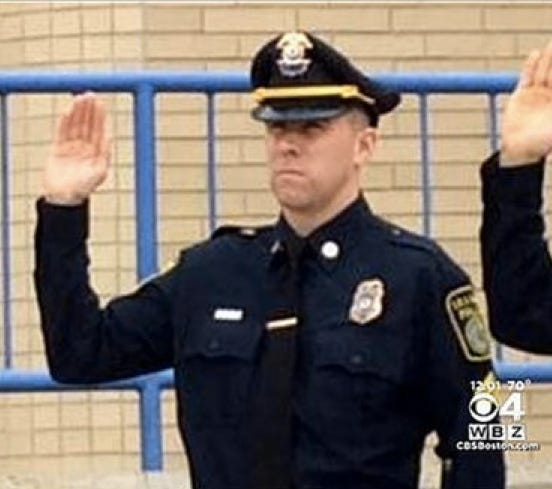 (Globe) – Transit Police Sergeant Richard “Dic” Donohue announced on Tuesday that he would retire from the department, three years after he was critically wounded during the pursuit of the Boston Marathon bombers. “I am very proud to have served as an MBTA Transit Police Officer,” Donohue said in a statement. “Unfortunately, I must now acknowledge the extent of my injuries and limitations. Physically, I cannot perform at 100 percent and must do what is right for myself, my co-workers, and my department. Therefore, I will step away from the job that I love so much.”

Real shitty news here as Sgt. Donohue has retired after being shot in pursuit of the Marathon Bombers. Donohue worked his ass off to get back to health after taking a bullet through the femoral artery, but chronic pain has slowed him down too much and he’s gotta call it a career. Yet another life tragically altered by those fucking cowards, more than it already had been. Just wanted to wish Sgt. Donohue nothing but the best of luck and thank him for his sacrifice and service. Terrorism and bad guys are scary, they’re less scary knowing there are guys like Dic Donohue out there willing to lay it all on the line for us. Enjoy your retirement and hopefully never paying for a beer or meal in this city.