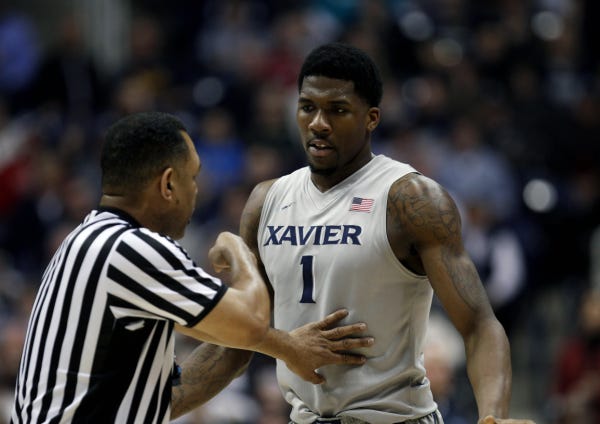 Don’t let Carrabis fool you with his ‘unofficial start to baseball season’ stuff. It’s basketball season and your favorite college hoops blogger on Barstool the Internet is here to help you with storylines to pay attention to down the stretch.

It’s pretty crazy to think we’re a month away from the conference tournaments and the NCAA Tournament, but for those who are casual fans this month is where all eyes are on the sport. So, we’ll get right into it with the storylines you need to know and pay attention to as we head down the last couple weeks of the season.

If I’m missing anything follow me @barstoolreags for more college hoops talk.

Casual fans seem to gravitate toward certain players or coaches during this time of the year. Whether it was Jimmer at BYU or Kemba/Shabazz at UConn or an Anthony Davis at Kentucky, players that are playing out of their minds seem to draw the eyes of those just turning on the season. Guess what? We have that again this year and I don’t care if you’re sick of me talking about him. This is the season of Buddy Hield. Before the season it seemed like the National Player of the Year race would be a 2-man event with Kris Dunn the odds-on favorite and Ben Simmons, the most talented freshman and player in the country. Then Buddy Hield started scoring. Then he scored some more. Then he decided to remind everyone he’s a great rebounder for the guard spot and is shooting the ball at a Steph Curry level. Wrap up National Player of the Year now as it’s Buddy’s.

Again, before the season it looked like Maryland had a legitimate chance to run the table in the Big 10. They had All-American candidate Melo Trimble along with big time freshman Diamond Stone teaming up with top transfers Rasheed Sulaimon and Robert Carter Jr. Then the magic of Big Daddy Trent happened and Jarrod Uthoff became the goofiest looking All-American in quite some time. Well, coming down the stretch Iowa has a one-game lead over Maryland and Indiana and a 3-game lead over Michigan State, Purdue and Michigan. Iowa can knock Indiana out of the race with a trip to Assembly Hall on Thursday while the last game of the regular season can loom large. Maryland has the tiebreaker over Iowa thanks to the win at Xfinity Center and on March 5 we have Iowa heading to Michigan while Maryland heads to Indiana. There’s no doubt the regular season title can come down to that single day. Keep an eye on the Midwest.

3) The Game has been Cleaned Up

It’s been a talk for quite some time on refs in college basketball and how the game can be unwatchable. Well, the reffing still isn’t the best as they have missed some obvious calls. However, the game itself has been cleaned out with the removal of handchecking and freedom of movement. Will there be more free throws? Yes. But, watching the game allows for the better players to show off. It’s not the mid-90s Big East anymore and that’s a good thing. Oh, not to mention the average length of a game is under two hours.

4) There are no great teams

This is something that has been said over and over again this year. Last year you had great teams in Kentucky, Arizona, Duke and Wisconsin. Hell, even Villanova last year was a great team. Those teams would be hands down the favorite this season. This year we have seven teams receiving first place votes, which is going to make for carnage in the NCAA Tournament. Take a look at the 2011 NCAA Tournament. The eight seeds in the Elite Eight were as follows: No. 4 vs No. 2, No. 5 vs No. 3, No. 1 vs No. 11 and No. 8 vs No. 2. You’re telling me we won’t see that again? It wouldn’t shock me at all to see 2-3 teams with a No. 8 seed or higher make the Elite Eight. So, pay attention to some of those smaller schools like a Valpo, Arkansas Little-Rock and Chattanooga who can upset a Final Four favorite early in the Tournament.

5) Who declares for the NBA Draft?

This is something to keep an eye out for every year, but this year will be a little unique. The draft class this year is going to be incredibly weak especially compared to what next year’s looks like. Does this mean more fringe players will leave with the hope of getting a second round pick? Looking at DraftExpress and NBADraft.net, there are a lot of guys who it’s tough to imagine truly playing in the NBA getting drafted in the top half of the 2nd round. Would it really surprise anyone if a Wade Baldwin or Isaiah Taylor leave for the NBA?

Today there’s been more Louisville talk with Rick Pitnio on Mike and Mike and Katina Powell on KentuckySportsRadio. First off, Powell gave us the quote the decade on KSR when her and Matt Jones had the following exchange. Powell told Jones ‘Coach Mike wanted girls that could squirt to the ceiling.’ You just can’t unsee or unhear that. Also, how does one squirt to the ceiling? Anyway, I’m getting off topic. Pitino is the main storyline here. When talking to Mike and Mike he said that his future is irrelevant and Louisville and used the term ‘they’ a lot when talking about the school. It just seems like he’s getting ready to leave the Cardinals, especially if President Ramsey wants to make a move. I still stand by my guess that he ends up at UNLV with Richard Pitino Jr., as his assistant coach.

Podcast with Clem: I sat down with Clem from Barstool New York to talk reminisce about the old Big East and how to successfully use your PTO during the NCAA Tournament. We also discuss what life is like as a fan of Siena as they win NCAA Tournament games.