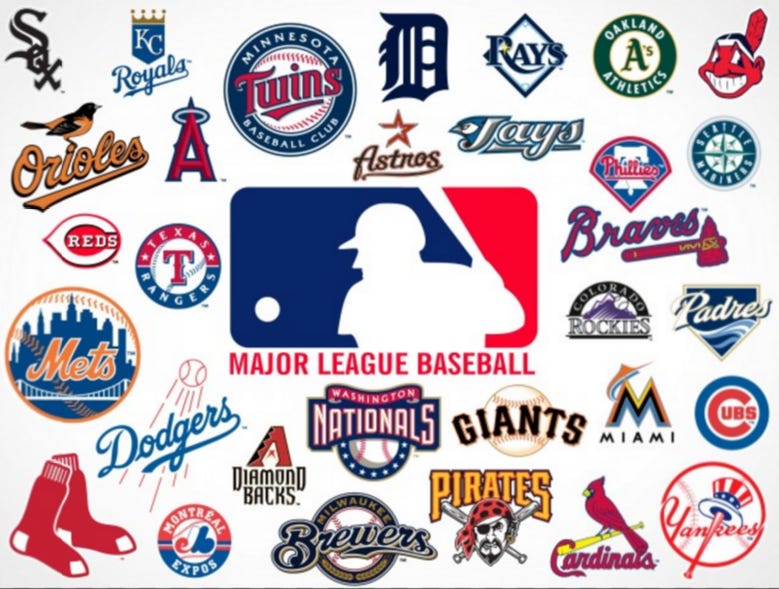 Aside from potential free agent signing Yovani Gallardo, the Orioles have no one who enters the year as more than a back-end starter. RHP Chris Tillman had some success in 2013 and 2014  fell apart last year – his ERA was a mark under 5.00 and he struck out just 6.2 batters per 9 innings. Ubaldo Jimenez pitched to the tune of a 2.81 ERA in the first half of the season then he more-than-doubled it after the break; Ubaldo’s pitching career is more erratic than Jordan Belfort’s driving on quaaludes and he might hurl a shutout in one outing then get pulled after the 3rd in his next. Odrisamer Despaigne and Miguel Gonzalez aren’t good and Mike Wright is worse than them. Finally, Kevin Gausman has by far the most potential but no one really knows what the fuck the Orioles are doing with him – he wasn’t fantastic by any stretch of the imagination in 2015 but maybe a more defined role could help him harness some more of his talent. Gallardo has not officially signed with the team and, while he would certainly bolster the rotation, I don’t see the Orioles’ ranking claiming above 24.

The previous 7 rotations are really bad. The Padres’ starting 5 isn’t good but its definitely a tier higher than the prior options. Chances are that about half these guys will be on another team’s roster come July but a Shields-Ross-Cashner top 3 at Petco Park could be a helluva lot worse. Shields is more of a #3 than the top starter he was in the past but if he can limit the walks, he should perform better than he did last year. Tyson Ross is the clear ace of San Diego and his success is certainly not a result of his play at Petco (he had a 3.70 ERA at home and a 2.83 mark away from home). The Padres are the clear losers of the Cashner-Rizzo trade but Cashner also isn’t as bad as he was last year. Brandon Maurer and Colin Rea might be better utilized out of the bullpen.

22. Los Angeles Angels – Unlike SD, the Angels have depth, just not much up front aside from Richards

The Angels have a bit of everything: they’ve got heat, youth, upside, and they’ve got veteran producers. Garrett Richards is a flame-thrower but his stuff definitely took a step down from 2014 to 2015; Richards’ bad isn’t all that bad but his good can be really fucking dominant. Behind Richards, the Angels have plenty of depth: CJ Wilson isn’t going to wow you but he’ll get the job done and Hector Santiago came out of nowhere to make his first all-star game but that may have been the end goal for Santiago (2.33 1st half ERA and 5.47 2nd half). Jered Weaver has seen his ERA increase every season since 2011 but I’d wager it doesn’t go higher than 4.64 next year. 24 year old LHP Andrew Heaney has the most potential to break out after a good rookie campaign. Nick Tropeano is another young pitcher to keep an eye on while Matt Shoemaker is a fine depth piece.

21. Oakland Athletics – You’ve got Sonny Gray then a list of question marks

Sonny Gray is filthy. He is a perennial Cy Young contender. So Oakland ranking so low really speaks to how many question marks they have behind him. Jesse Hahn is good when he pitches but he gets injured more often than Wile E Coyote. Kendall Graveman and Chris Bassitt will be interesting to follow but neither of them strike out many batters and free agent addition Rich Hill was phenomenal late last year with the Red Sox but will be 36 and has started 4 games since 2009. It seems like not striking batters out is the new market inefficiency because the A’s also signed Henderson Alvarez and his 3.6k/9 to a deal – he’ll get grounders but also has injuries and you’ve got no idea whether you’re getting the sub-3 ERA Alvarez or the 6.45 ERA Alvarez. 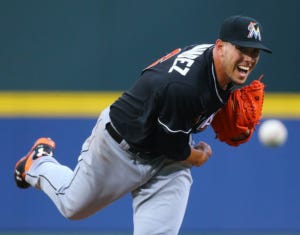 Important question here: would you take a season of Jose Fernandez if you also had to start Edwin Jackson every 5th game?* Fernandez is obviously other-worldly but EJax is on the other end of that spectrum. Fernandez may win 20 of a possible 32 or so starts but the Marlins might be out of the game by the 3rd inning in at least 15 of Jackson’s outings. Wei Yin Chen is a very suitable #2 and Tom Koehler and Jarred Cosart aren’t the worst pitchers in the world but I’m pretty sure its illegal for me to rank a rotation with Edwin Jackson in it any higher than 20th. (Adam Conley might win the job but, even if he does, the Marlins won’t hop the next team in the rotation rankings.) For the record, I take Fernandez and EJax over no Fernandez at all 10 times out of 10

19. Kansas City Royals – Not a bad rotation but its the ‘pen that wins the games

Your World Series Champs check in at 19! This would be significantly higher if ‘pens were incorporated into the equation but, as it stands, Volquez-Ventura-Kennedy-Medlen-Duffy just isn’t all that hot. Edinson Volquez and Yordano Ventura can both look great one outing and look like they should be shipped to AA in the next. On 2nd thought, Ian Kennedy and Danny Duffy could fall into that category too. Medlen, meanwhile, was great prior to missing all of 2013 and ’14 and performed pretty well in 2015. Ventura is the upside play this season but if he doesn’t pitch well now, clamors for a move to the ‘pen will start to heat up.