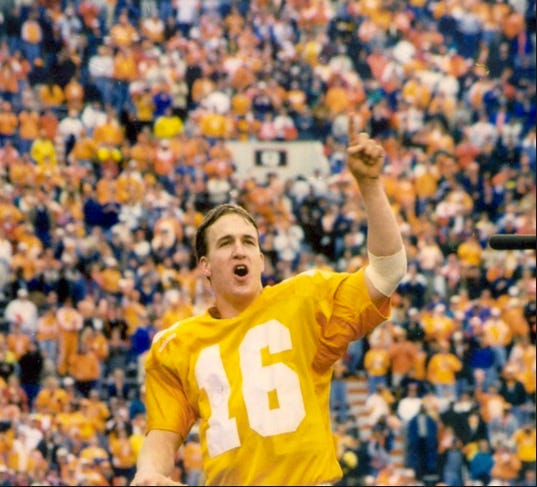 Quick little #TBT on a Monday, in honor of the Super Bowl winning quarterback, a trip down memory lane to the best Peyton Manning story on the market.

TBL – The setting: The Vols training room. Peyton wrote in his book, Manning: A Father, His Sons, a Football Legacy, a “track athlete” made a remark, and he mooned the athlete. He “didn’t think the [female] trainer would see” but when she did, “it seemed like something she’d have laughed at, considering” the locker room environment.

“Crude maybe, but harmless,” were his words.

Manning, for whatever reason, also added in the book that the trainer had a “vulgar mouth.” The trainer, however, told a different version of events in a court filing.

she was examining Manning to see why Manning was having pain in one of his feet and was crouched behind him when “entirely unprovoked, Peyton Manning decided to pull down his shorts and sit on Dr. Naughright’s head and face.”

As Naughright described it in a deposition entered into the court record: “It was the gluteus maximus, the rectum, the testicles and the area in between the testicles. And all that was on my face when I pushed him up. … To get leverage, I took my head out to push him up and off.”

Classic Peyton just shoving his grundle onto unsuspecting girl’s faces. Buttchecks and rectums and testicles all up in trainer’s grillpieces. You don’t hear stories like that from his best friend Jim Nantz.

Before you downplay it as a he said/she said, let the record show that the track athlete Manning claimed to have mooned wrote the QB a letter in 2002 saying, “you might as well maintain some dignity and admit what happened … do the right thing here.”

Within hours of the incident, the trainer reported it to the Sexual Assault Crisis Center in Knoxville. She reached a settlement with the University in 1997 and left Knoxville.

Manning settled out of court with the trainer in 2003. She came after Manning again in 2005 after he violated the settlement by talking to ESPN about it. 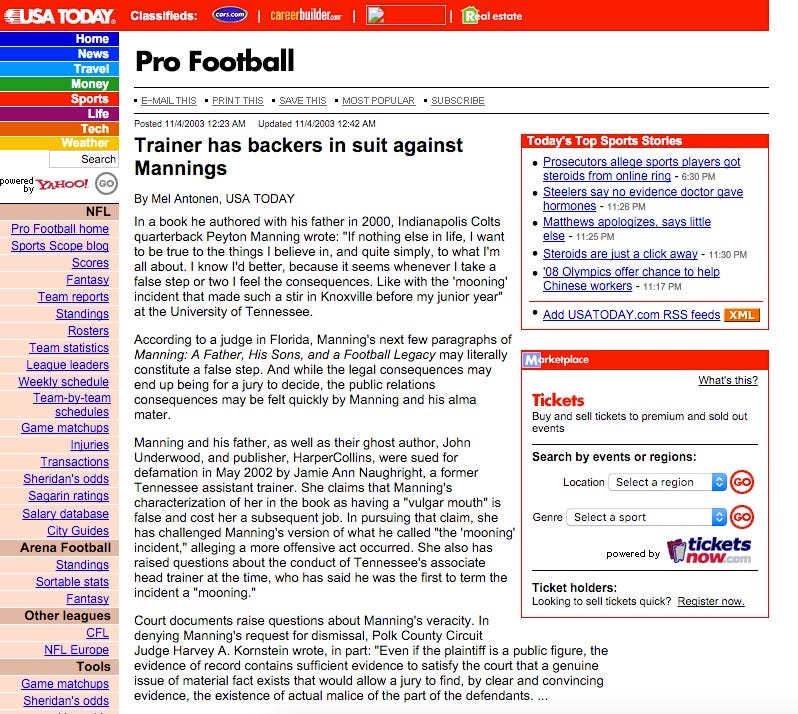 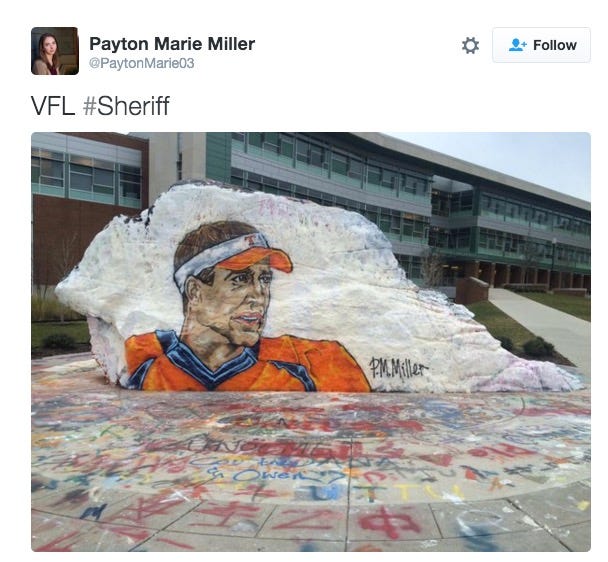