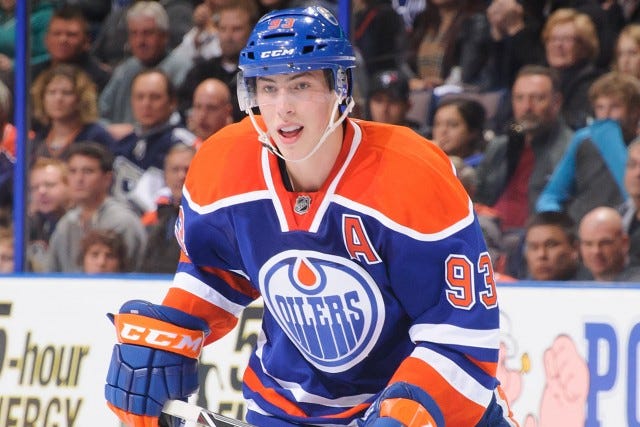 The NHL Trade Deadline and July 1st are both like Christmas for hockey fans. These days are pure chaos and anarchy, and it’s fun to watch all the dominoes drop one by one as the day goes on. Now we’re still 3 weeks away from the February 29th Deadline and we’re at a pretty weird spot in terms of what teams will be looking to accomplish between now and then all across the league. I know that one of Chief’s favorite things is to go around declaring teams dead and according to him, there are 20 teams who don’t have a shot of making it to the Stanley Cup Final anymore. And while I agree with most of that, the reality when you look at the standings right now is that there are about 5 teams that have no shot of making the playoffs, 5 teams that are locks to be in the playoffs, and then about 20 teams who are stuck in no-man’s land. 20 teams that don’t know whether they should buy or sell at the deadline right now. So that’s probably why there haven’t been a ton of rumors floating around at this point. So while the next 3 weeks should definitely help all these teams come to a decision on how to handle Deadline Day, let’s just look at some of the bigger names right now that have the possibility of wearing a different jersey come March. 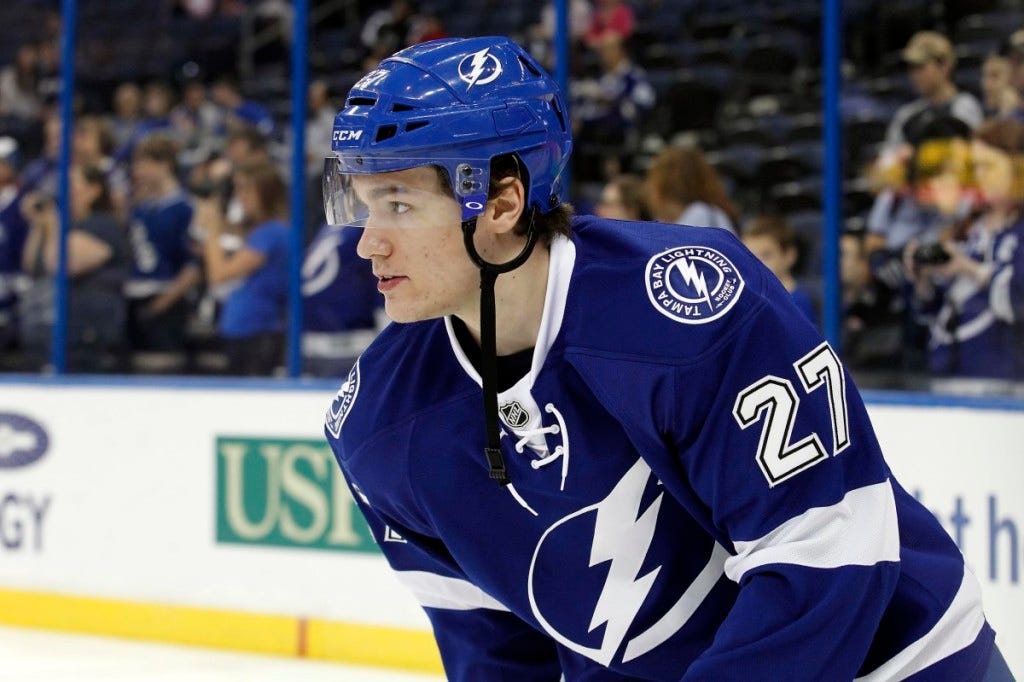 We’ve known for a while now that Jonathan Drouin wants out of Tampa. We saw how the whole saga started with Drouin requesting a trade, being sent down to the AHL, going AWOL on his team in Syracuse, now he’s been living back home near Montreal just waiting to get the call that he’s been moved. And I think that call will finally come on February 29th and if I was a betting man, I think Drouin ends up in St. Louis. I know that there have been reports that the talks between Yzerman and the Blues have been “cooling off” but I don’t think that there’s a team that can offer a better package for Drouin. I think they’ve probably had the best deal in place for a while now, but Yzerman is playing this one cautiously and just waiting to see if anything better comes across the table by Feb 29 before pulling the trigger. I don’t necessarily see any team coming in at the last minute with an offer that completely blows everybody else out of the water. So yes, I do believe that Jonathan Druoin will be moved at the deadline and I think it will be to St. Louis or another team in the Western Conference. 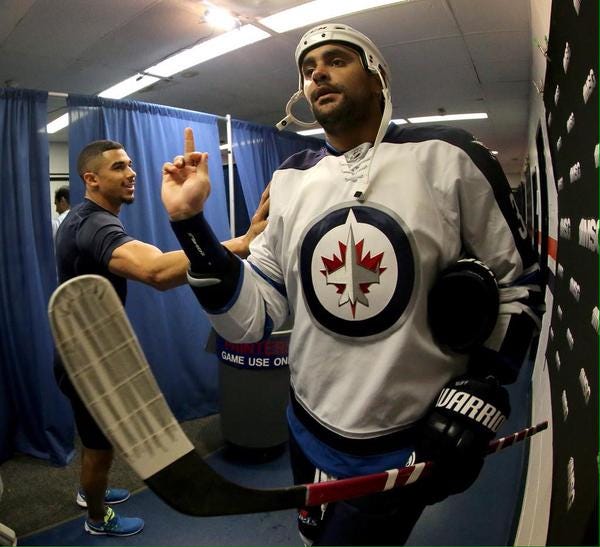 I know there have been rumblings about Byfuglien to Los Angeles but my gut feeling is telling me that Buff Daddy is staying in Winnipeg and signing an extension in the summer. If Winnipeg could make it work, obviously a contract worth more money but less years would be ideal. But I just can’t see the Jets getting rid of Dusty. I do, however, think that they have to make a choice between Byfuglien and Ladd, and that Andrew Ladd’s days in a Jets jersey are numbered. 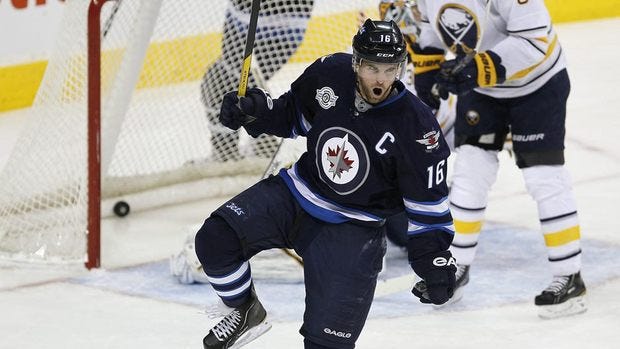 Perfect landing spot for Andrew Ladd would be a place like Florida as they continue to find the perfect blend of veteran presence and young talent to bolster up for a run in the playoffs. Ladd is 30-years-old and his $4.4 million AAV contract is up this summer as he hits unrestricted free agency. He’s the perfect gamble for the Panthers to bring in to solidify their top 6 and see if they can make some noise in the playoffs. They’re far from being cap-strapped so if it works out, then maybe Andrew Ladd can call Florida home for a few more years after that. But I have to imagine that if Byfuglien is going to be Winnipeg’s #1 priority, that leaves the captain as the odd man out.

Yo. Fuck the Edmonton Oilers. Fuck their franchise, fuck their fans, fuck their city, fuck everything that they’ve done to the NHL since trading Wayne Gretzky away. They don’t deserve a single good thing to happen to their franchise for the rest of eternity. Think of all the talented forwards they’ve brought in via the draft. Sam Gagner, Jordan Eberle, Taylor Hall, Ryan Nugent-Hopkins, Nail Yakupov, Connor McDavid… and they still suck. That place is a black hole for talent and I’ll always resent them for wasting some of the game’s biggest potential stars. But it looks like they’re starting to realize how much they’ve fucked up over the past decade and realize that you can’t just throw out a team filled with the OHL’s top scorers and expect to win in the NHL. So Edmonton will be looking for a high-end defenseman in return for RNH this deadline and I’m sure they’ll be able to find a suitor to make that deal happen. Not going to guess on where, but I’m sure that there are plenty competent franchises in this league who would love to handle all of RNH’s talent without completely wasting the kid. This will have to be a seller-to-seller deal. 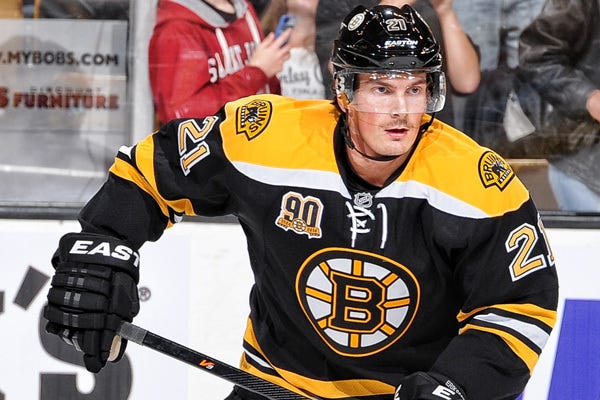 Can I just say something real quick? I think Loui Eriksson is sneakily one of the most devilishly handsome players in the NHL. The Swedes, man. They’ll get ya. But back to business here, Loui Eriksson is for sure done with the Boston Bruins and if there’s a team out there that needs to add offense and needs to do something sooner rather than later to win big, it’s the Minnesota Wild. I’d expect the Wild’s name to be tossed around in all the Jonathan Drouin talks but I think they miss out on that deal and have to settle for Loui. $4.25 million, hits unrestricted free agency in the summer, has 40 points in 52 games this season. The Wild are currently 3 points out of a wild card spot in the West and I think adding Loui Eriksson to the lineup helps them get into the dance. Are they a Stanley Cup caliber team after that? Doubtful. But that’s a team that can’t really afford to miss out on the playoffs so they’ll be desperate enough to pull the trigger on this deal. 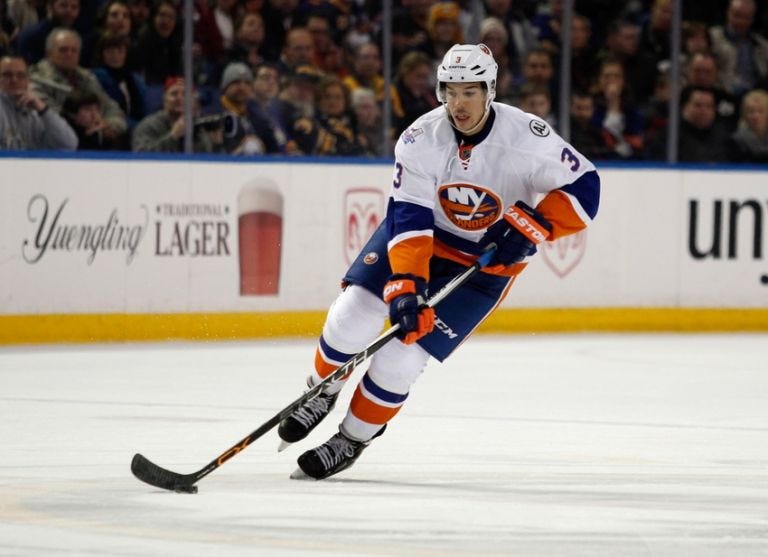 I mean, the talks have been going on forever. Most of the discussions right now are Hamonic for Eberle or Hamonic for RNH. And I think that if Garth Snow wanted either of those deals at this point, they would have been done already instead of everybody still just talking about them. So the Travis Hamonic situation is a very tricky one, and so tricky that I just don’t think anything happens while the season is still going on and the Islanders are still in playoff contention. Unless shit really starts to hit the fan for the Isles and the wheels start falling off the MTA, I think the Hamonic trade happens in the summer. 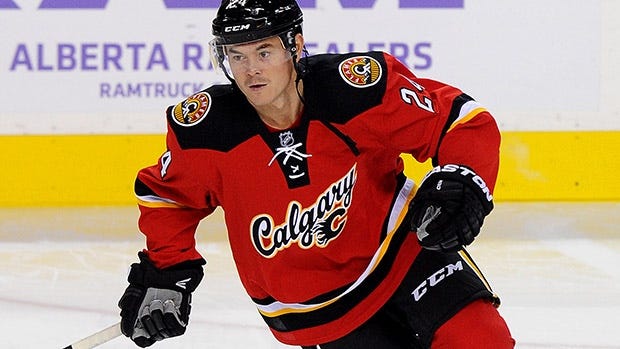 Hudler goes to Los Angeles. They already brought in Lecavalier this year so why not keep bringing in old ass rentals and striking gold?

– It wouldn’t surprise me to see 75% of the Toronto Maple Leafs go. I think there’s only about 5 or 6 guys in that locker room that are safe. And by “safe” I mean “unfortunate enough to have to stay in Toronto”.

– Nathan Beaulieu has been healthy scratched by the Montreal Canadiens. Could be something to that. I’ve been holding out hope that Carey Price would come back and save the Habs but the longer he stays out, the less likely that possibility looks. I think the Habs are going to have to sell at the deadline. Beaulieu could be a piece that goes. Dale Weise could be a piece that goes. They may actually end up bottoming out this year and ending up getting Auston Matthews in the draft. And then that would be the NHL’s repayment to Montreal for their work in trying to keep John Scott out of the All Star Game.

– I would like to see the Flyers try to move Mark Streit but I think he’ll have more value at next year’s deadline when he has that UFA coming up that summer. I think there’s a small market for Evgeny Medvedev that Hextall could take advantage of. It’l be difficult to move Nick Schultz for anything of value but I’ll take whatever picks they can get. Maybe move Neuvith to a contender for a 1st at the deadline or wait until the Draft to package him in a deal to move up into the top 5.

– Again, it’s difficult to tell which teams are going to do what and which players are going to go where. But the next 3 weeks should sort everything out. Just cherish these next 3 weeks as much as you can if you’re a trade fiend like myself. We had our mini Trade Deadline back when Seth Jones got swapped for Ryan Johansen and the Flyers made that deal with Kings. Then we had the Carl Hagelin for David Perron swap between Anaheim and Pittsburgh. We had a few more minor trades here and there, and in just 3 short weeks we’ll have the granddaddy of them all. So hold on to your butts.