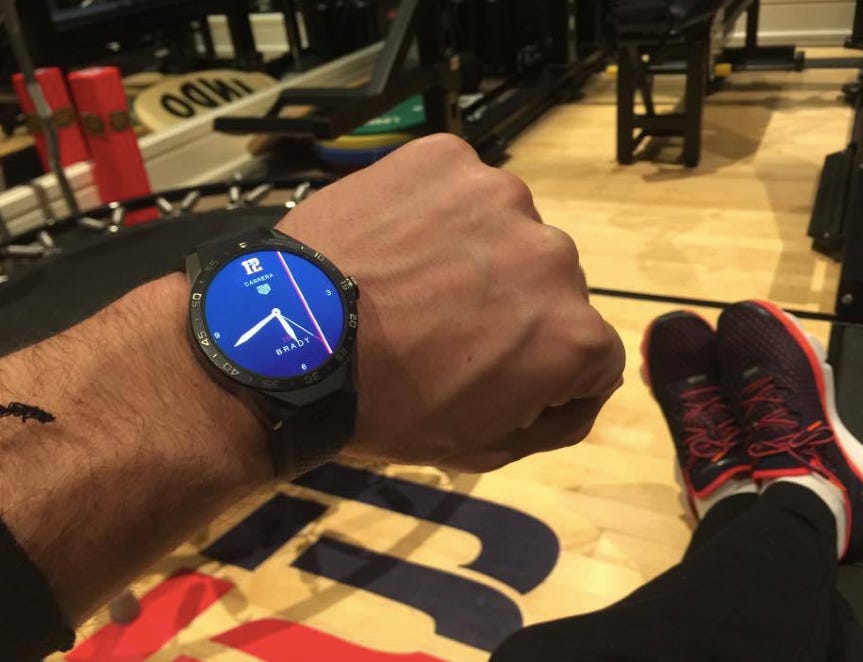 (Source) – Tom Brady may not even be two weeks removed from being knocked out of the playoffs, but according to his father, he’s aready back at work getting ready for next season. Appearing on Quick Slants the Podcast with CSNNE’s Tom Curran, Tom Brady Sr. said his son is hard at work, doing two-a-days, every day. “Tommy is a football player,” Brady Sr. said. “This is not a July-January or February endeavor for him. He loves two-a-days that started for him a week ago that will be two-a-days from Jan. 20 to the next February. He has a countdown clock in his gym that is now ticking to next year’s Super Bowl. It’s clicking, yes. And he is still doing his two-a-days.”

Swooooon. Man do I love when Senior gets a mic in his hand and tells us all about how pissed off or committed his son is. As humans, we owe a whole lot to both Joseph and Tom Brady Sr. for being such stand-up men and agreeing to raise the sons of god, but this is going above and beyond. Senior gives us these glimpses behind the curtain that just make me giddy. Is Tom Brady the only quarterback in the NFL looking forward to Super Bowl 51? Of course no. Is he the only quarterback with the kind of insane drive that leads him to start two-a-days the week after his season ended and lift while a clock ticks down to kick-off in Houston? I’d say yes. Be prepared, NFL, the countdown is on. Tommy is a football player, but not just from July-January. It consumes him, and he’s coming for that ass.