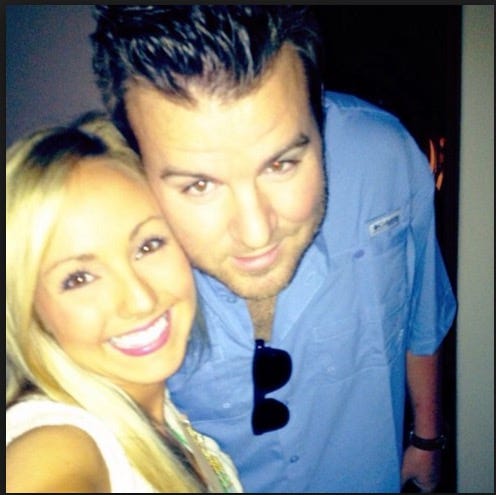 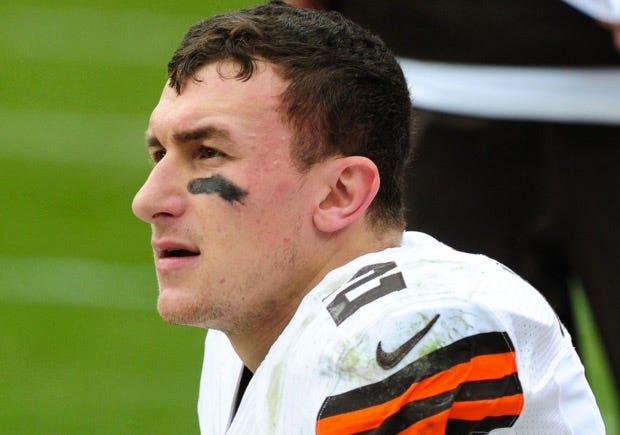 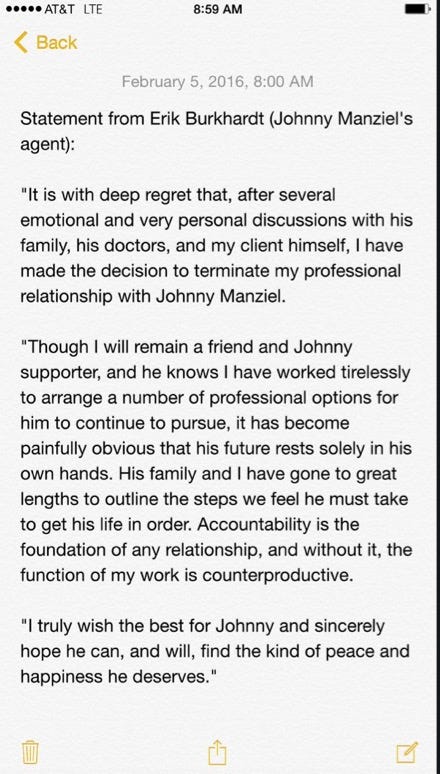 I guess last night was the straw that broke the camel’s back? Videos every other weekend of popping champagne bottles and chugging Four Lokos when you’re supposed to be sober/at practice/studying the playbook were just kind of an annoyance. Fucking up literally every time someone tried to hand you the starting job was a minor hurdle. But being all over the news for allegedly beating up your girlfriend and dragging her around by her hair and threatening to kill her and then yourself was a little too much for the agency.

I mean this is not what you want Google to look like when you search your client’s name. 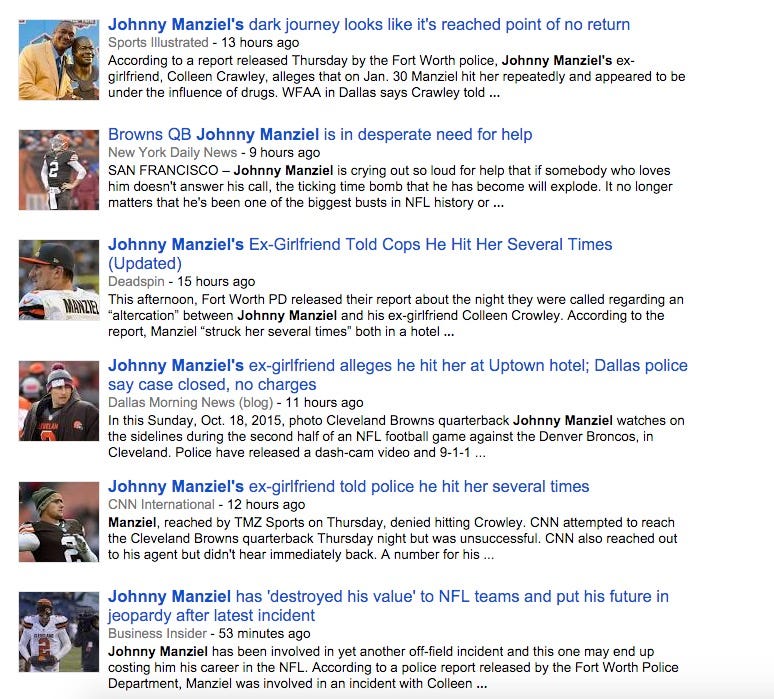 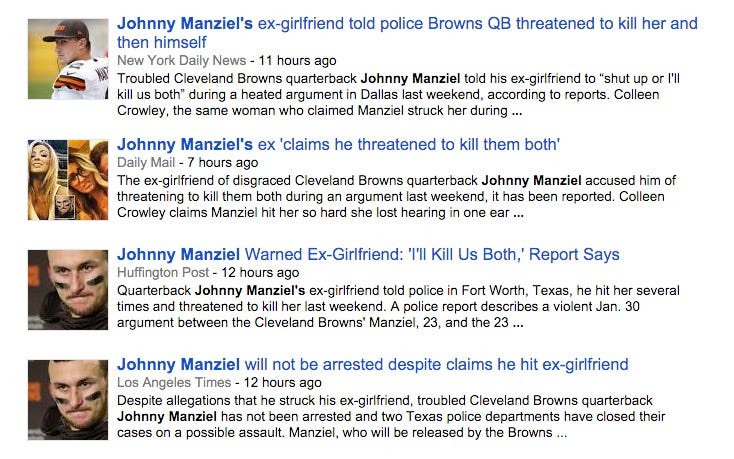 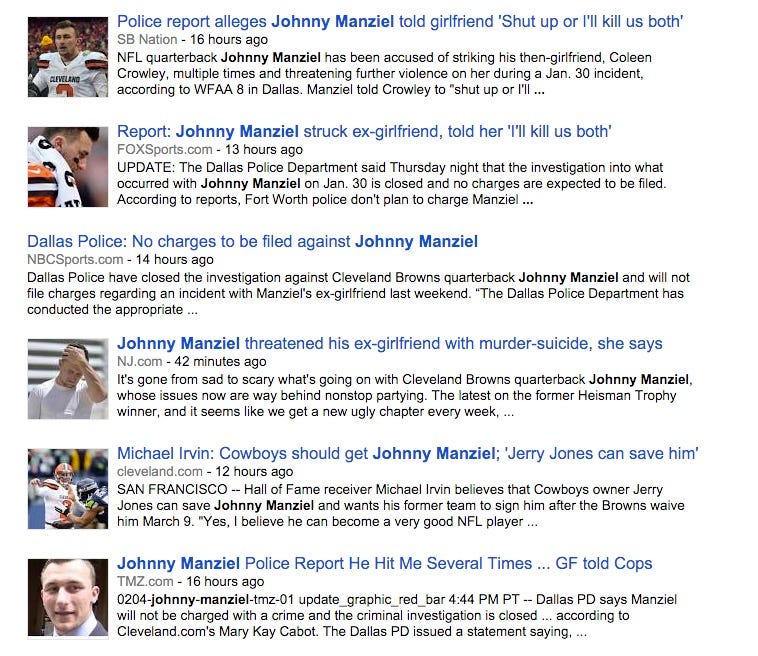 Got to imagine this is it for Johnny’s career, unless of course Jerry Jones does what we’re all expecting and comes to his rescue. Plus if you ask Deion, all he has to do is get this girlfriend out of the picture and he’ll be fine.

“Johnny’s in love,” Sanders told cleveland.com at an NFL Network media availability Thursday. “And Johnny’s in love with something that’s crippling him right now. I understand it. And it upsets me that grownups don’t understand it. Because he feels as though this game don’t love him, the people in this game don’t love him, so the only thing that he associates with love is that thing that’s really inflicting a lot of pain on him and that’s his girlfriend.”

“It’s hard to be a young kid,” said Sanders. “You have to go through these trials and tribulations to find yourself and that’s what he doing right now. He’s trying to find himself. And I empathize with him. Johnny’s girlfriend. That’s his issue.” [Cleveland]