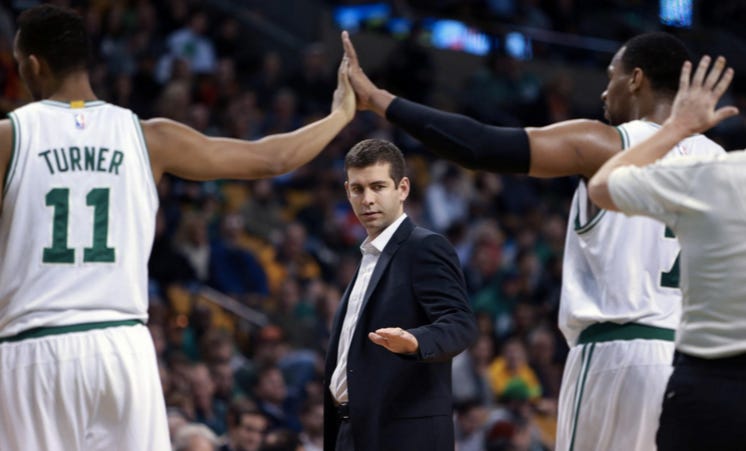 Yes, the Celts made that a little harder than it should have been towards the end of this game. But playing on the second night of a back to back, I’ll take the win. They very well could have mailed it in, with the big one on Friday, and they didn’t. They controlled this game from the tip. With this win, the Celtics have now won 7 of their last 8, and 10 of their last 13. They’ve scored over 100 in 12 of them. That little 4 game skid seems like a different season when you watch these guys play.

Currently at a 47 win pace, the Celtics will spend another day tied for the 3rd seed in the East. Not bad for a team that was barely supposed to make the playoffs. If you’ve been watching so far this season, this success shouldn’t be that much of a surprise, as their numbers throughout the season have shown they were doing the right things. Now we’re seeing what happens when they don’t lose to bad teams. In fact, I’m not so sure the Celtics have been this many games over .500 in Brad Steven’s tenure so if this doesn’t scream progress to you, I don’t know what does.

So before we dive into the big matchup on Friday night, let’s take a few moments to relive and appreciate all that went into win 29

– We joked about it heading into the season, it became the Celtics version of “We have 5 aces”, but we saw what this depth can do and how it helps you on any given night. Six players in double figures, 5 players played more than 25 minutes and two of them were bench players. Nobody played less than 12. In fact, half their points came from their bench. This is so important as we get into the second half of the year. Having to not rely on your starters to pull out a game at home on a back to back is a true luxury. Make no mistake, on the way to a 24 point lead it was basically the whole roster that got us there.

– It made no sense while it was happening, so it’s great to see the Celts have turned around their ability to win at home. Going from 9-10 to 15-10 certainly helps put you in the direction you want to go. Over this 6 game stretch their splits of 109/98 are better than their season averages, and I welcome this with open arms. The Celtics are already pretty good on the road, so if they can start protecting home court, they’ll be a tough out.

– If you didn’t love this Mike and Tommy exchange at the end of the fourth quarter please call 911 because you don’t have a heart. Just two of the all time greats doing what they do best. See with Tommy, this is a normal reaction, one he has about 50 times a game. But if Gorman starts to give it to you, you gon’ fucked up. 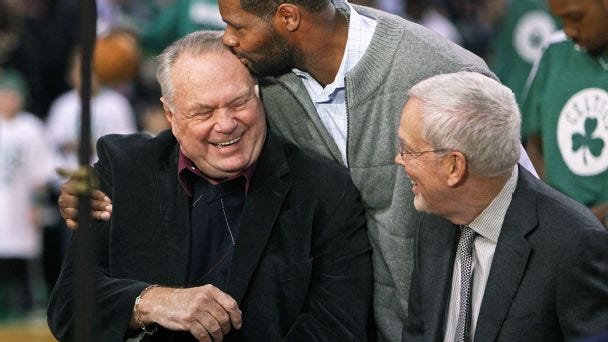 – Ok let’s get to the good stuff. Offensively we saw some pretty good things.What we saw on more than one occasion was how the Celtics reacted to Detroit’s wings front facing on screens. We would see a couple times that the Celtics saw an opportunity to backdoor cut, and they took advantage. I loved two specific cuts by Avery. First, you can see Reggie Jackson tried to hedge over this Jae Crowder screen, since I’m sure they saw on film this is how Avery scores 99% of his early first quarter buckets. Avery recognizes this and makes a perfect cut towards the basket instead of using the screen leaving Jackson defenseless. Beautiful.

Sully finds AB for the sweet back-cut dunk! Tune in on @CSNNE now to watch the C’s take on the Pistons. pic.twitter.com/3iomxYoHo3

The second came in the fourth quarter, where Avery caught Brandon Jennings sleeping and cut right by him for an easy bucket that came at a much needed time

– Credit where credit is due, last night’s best player was again Evan Turner. He continued his strategy of getting into the paint and taking high quality shots, and its working for him. I liked how he basically stepped up and took over to start the fourth quarter, and really it was the option I think we all wanted at the time. As weird as that sounds. I don’t think it’s a coincidence that Evan Turner hasn’t attempted a three in his last 8 games, and the Celtics have won 7 of them. Great stuff from him again.

ICYMI: A few of Evan Turner’s top plays from the win over Detroit. ET was the @HRBlock Clutch Player of the Game.https://t.co/H293GzaI6N

– Haven’t heard much from the Marcus Smart can’t shoot crowd lately. Instead, I’ve seen a kid figure out his three point shot. Over his last 7 games he’s shooting at a 46% clip (17-37) and he’s taking and making some big time shots. This includes last night’s dagger

Oh and don’t forget he continued the streak of quarter ending makes. Never has something so insignificant meant so much.

I understand his overall shooting percentage is still shitty, but his turnaround since the snowstorm shootaround is as clear as day.

– Are you ready for the crazy stat of the day? Not sure if you caught Sean Grande’s tweet, but the Celtics are 10-1 when Tyler Zeller plays over 10 minutes.

– Thank the lord Jae Crowder did not get seriously hurt. It looked terrible, and the Celtics can’t afford to lose him. Even if it would finally free James Young. Crowder was his normal solid self, 12 points 6 rebounds and 4 steals. Not to mention he took the worse Morris twin’s lunch money.

– I don’t know if it was the poor offense, or the fact that they were up by a shit load, but that was not the best fourth quarter I’ve ever seen. First, they cost everyone GINO. That’s strike one. Then, they refused to take it to the basket for large portions of the quarter, often settling for a contested three. That’s strike two. And finally, they decided to not play any defense, especially behind the arc, and gave up 35 in the quarter.

– Perhaps it started a bit earlier, because their second half shooting as a whole was pretty ugly. 38.5% in the third and 39% in the fourth. Good thing they had a lead.

– I felt like the Celtics let the refs get into their heads a little bit. Isaiah was openly frustrated, and while they were getting screwed at times, you can’t let it frustrate you. I think back to the sequence where Isaiah was called for that questionable foul on that pick and roll,and then next possession let his frustration get the best of him and he turned it over on the other end. This type of shit happens in the NBA, so you can’t let it get to you the way I think the Celts did.

– See Tommy and Mike’s rant above

So we turn the page to Lebron and Cleveland. Now, while on paper, the Celts should have a tough time with the Cavs, I would like to remind you that they just lost to the Charlotte Hornets without Kemba. Let me make myself perfectly clear. In no way are the Celtics on the same level as Cleveland, but that doesn’t mean they can’t be beat. This loss to CHA snapped the Cavs 5 game winning streak, and most will say you can just ignore this game. Well, what is so different about the Celtics losing their 5 game streak to Orlando? It’s OK though I get it, the Celtics roster doesn’t match up.

If the Celtics happen to win this game, I’m not so sure it changes much, just as much if they were to lose it. I do think this will be a good barometer game for them. Last time they played the Cavs, there was no Kyrie, so this will give us a little better picture. The Celts have lost 5 straight to Cleveland dating back to that playoff sweep, so who knows, maybe we are catching them at the right time.

Either way, throw one more up in the W column please join me in praying we don’t get blown out on Friday. 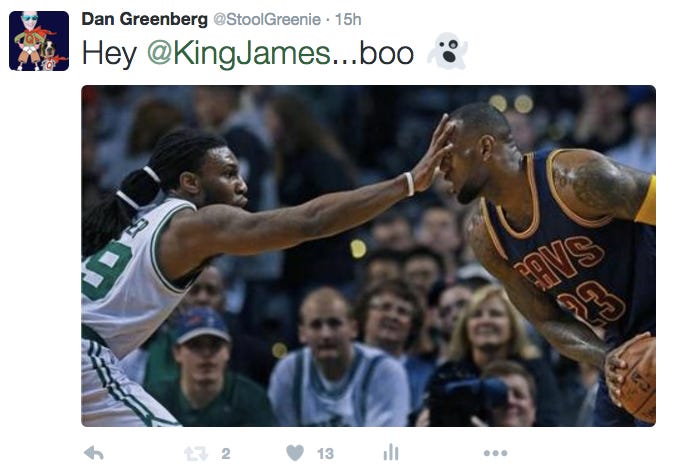