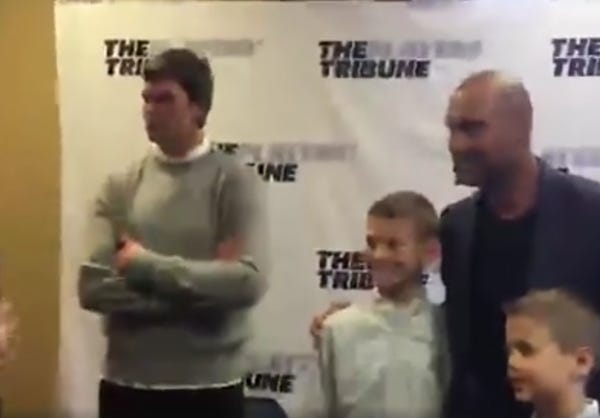 That headline was kind of a lie. I’m definitely offended, but I also respect these kids. They’ve been raised right and I give a gentlemanly tip of the cap to their father. They’re Yankee fans, they’re Derek Jeter fans, they don’t want Tom Brady muddying up their photo op. If I were in their shoes I’d do the same thing but reversed, get out of here you pinstriped pansy, I’m taking a picture with my hero and the greatest man who’s ever lived. Tom will never think about this shot ever again, in 10 years when these twerps grow up and get some sense they’ll lament the the time they put baby in the corner.

Tom stays winning though. I don’t even know who those kids are, Tom sticks to taking photos with important people. TB12 and Migos are about to drop a “Handsome and Wealthy” remix that burns up the airwaves.