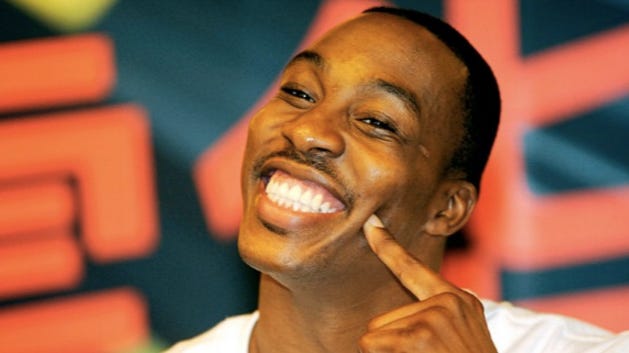 BOSTON (CBS) –The Boston Celtics are expected to be a busy team at the NBA’s trade deadline, which is just over two weeks away.

The trade winds are starting to pick up, with the Celtics reportedly chatting with the Houston Rockets about a potential swap for center Dwight Howard.

Let me make myself perfectly clear: Dwight Howard IN…Greenie OUT. N-O. When I woke up and saw this story, my initial reaction was laughter. This trade would go against everything we all believe the Celtics to be about. More likely it is just Danny Ainge calling every team and asking about everyone because that’s what GMs do. Houston leaked it to try and pump up Dwight’s trade value and I would bet the conversation between Morey/Ainge lasted no more than 30 seconds.

I also find it interested that there was no mention of what the price was. That’s also why I think this is all bullshit. I know this team is begging for a star, but this is a hard pass. Not worth the headache. There are reasons for the trade, maybe using him as a future piece in a deal, if the cost is cheap and you keep his minutes low etc, but I can’t talk myself into any of that. We have something good brewing and injecting this asshole is the last thing we need. I don’t care how much of a coaching genius Stevens is, Dwight will make him want to leave.

Aside from all the injuries and attitude issues, it’s not even a good basketball fit. Dwight doesn’t fit what the Celtics do offensively, clogs up the middle which is so important to players like Isaiah and Turner, I just don’t see how it benefits us or puts us in a better position than we are in now.

So please, Danny, kindly hit the reject button on whatever super secret GM trade offer machine this came over on, and move on to the next team please.