Not a bad night. 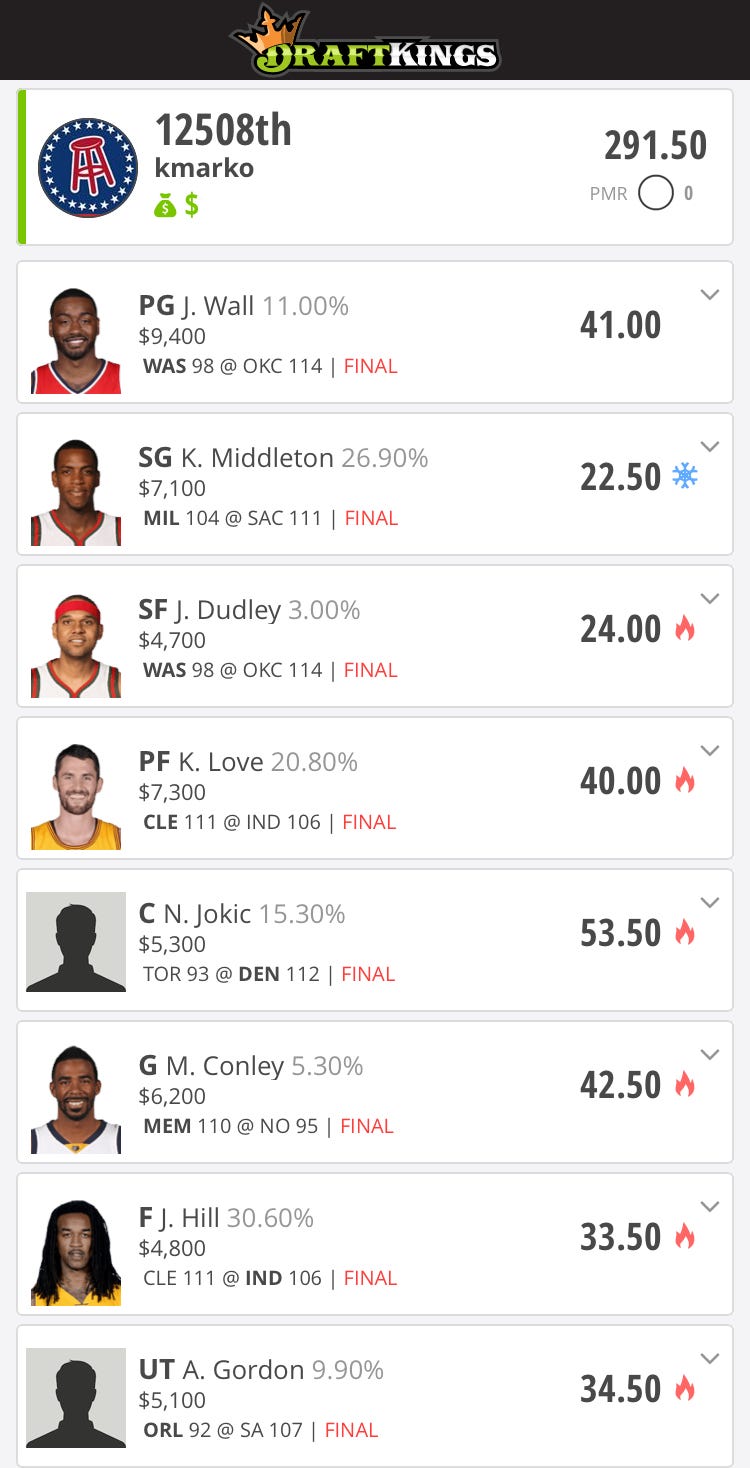 Didn’t break 300 but I’ll take 290. Blog picks did pretty well – 134.50 points combined from Wall, Love and Jokic. Wall and Love were slightly disappointing, but Jokic was a beast.

Only 5 games tonight but still a good time to win some money, let’s jump into the picks – 3 plays from the 3 price tiers, expensive, mid range and value. 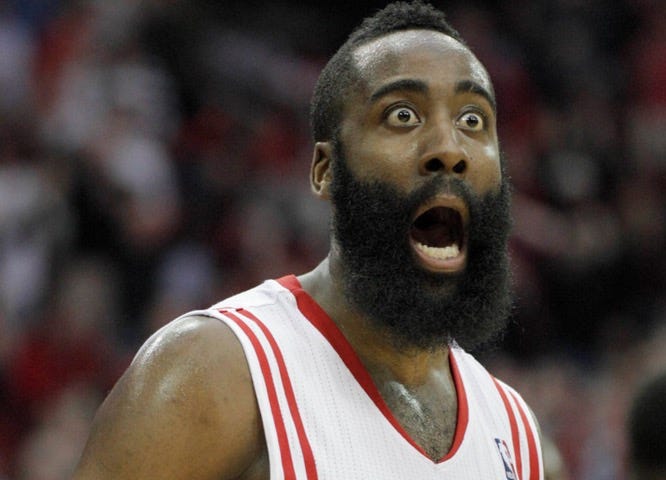 Most expensive guy on the board by a long shot, but if it’s a smart play, it’s a smart play. If you take out the Spurs game (where everyone knew to stay away because Harden is bad against the Spurs), his past 3 games are 67, 58, and 77 fantasy points. That’s insane production. Now add the fact that Dwight is out for the night with a suspension, and it should be the Harden show out there. You could try to save some cash and hope for 45-50 point upside from Derozan, Wade and Middleton, but I feel better about spending up to get the 50 point floor and 80 point upside of Harden. 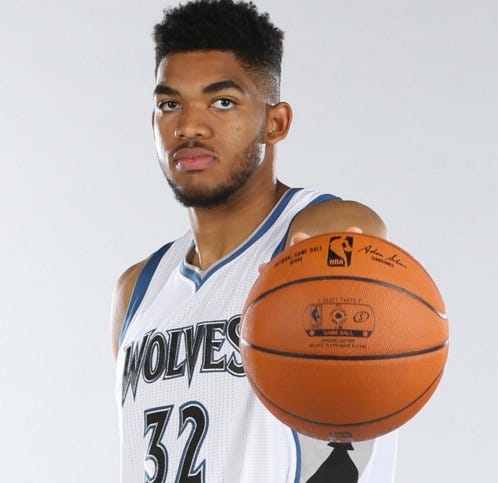 I’ve been featuring this guy all year, with mixed results. He’ll put up a 25 point dud when I blog about him, then come out with two 60 point games in a row when I don’t. Well he’s finally starting to get consistent, and (with a little rounding) has 4 straight 50 point games…with a nice juicy matchup with the Lakers on deck for tonight. He’s the top priced center, but that price is only 7.8K, which is basically a steal for this upside. 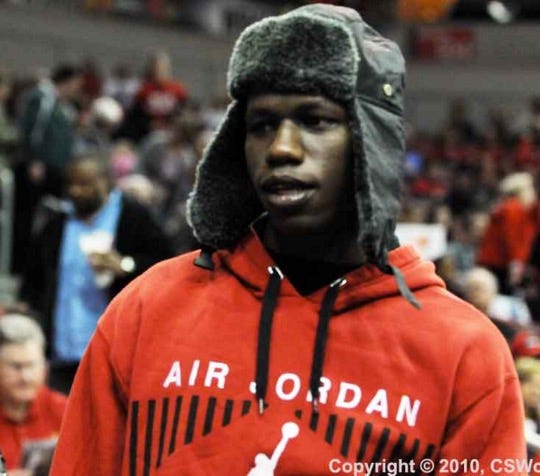 Thank God for that Utility spot, because I’ll have Towns and Dieng in all my lineups. I had no idea why Dieng wasn’t playing more minutes this season. Last year when he stepped in for Pekovic he was an absolute beast – I played him almost every single night and he was a guaranteed double double. Now that he’s been moved into the starting lineup for the past few games, he’s picked up right where he left off and is consistently crushing value. If he cost more I would worry about trying to be more contrarian, but at 5.3K there’s no way I can pass up on his 40-50 point upside tonight.

PG: Lillard and Lowry are both good options at the top of the price chart, but I like Rubio the best as a tournament play tonight. And Zach LaVine and Patrick Beverley are 2 great value options.

SG: Like I said, if you don’t want to spend for Harden, Derozan and Wade are good bets. It gets pretty tough after that – if Crowder is out I like Evan Turner as a value play, and I’ll have Devin Booker in a bunch of my lineups.

SF: Pretty brutal at the 3 tonight – I don’t love Melo, but at his price I might have to lock him in, because after that it’s no man’s land. Giannis has been inconsistent, PJ Tucker was great but then put up an absolute dud last time out. Justise Winslow is interesting with all the minutes he’s been getting, or Luol Deng for a little bit more.

PF: Disgusting once again. I’m really only considering Bosh and Julius Randle…maybe Capela with Dwight out. Jabari Parker could be a sneaky play but he hasn’t flashed that tournament upside yet.

C: I’m all in on Towns and Dieng but they’re also chalky so if you want to go contrarian Greg Monroe has been hot, and Valanciunas has a nice solid floor.