The NFL season is over, which means it’s officially hockey season. No better way to transition that to do the NHL player-to-NFL QB comparison blog. This was somewhat popular on twitter back in August so I finally got around to putting it in blog form. Here we go: 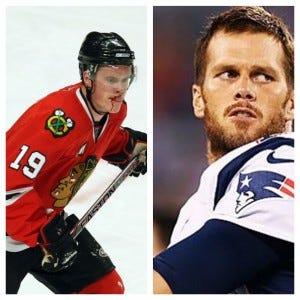 The best leaders of their generation and the guys with the most rings. Brady and Toews are cut from the same cloth. 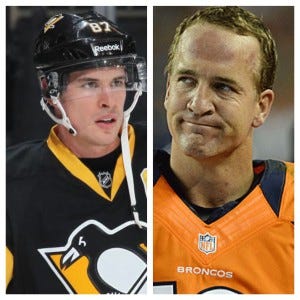 Regular season super stars. They have all the numbers, all the awards, and they were golden boys before they were even drafted. This worked a little bit better before last night because they each had one ring to go with a career of playoff disappointments, but maybe Crosby will be dragged to another Stanley Cup ring at the end of his career too. 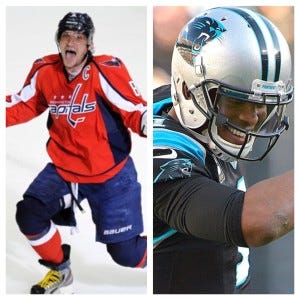 All the physical tools in the world, fan favorites, great celebrations, but something tells me they will never win a Championship. To paraphrase the great philosopher Les Miles, some guys just don’t have the chest when the chips are down. 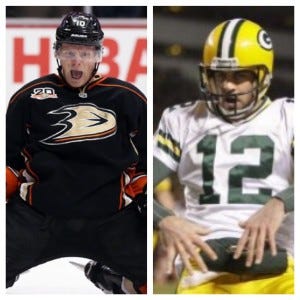 A couple of fuck boys. Incredibly talented fuckboys, but fuck boys nonetheless. Both guys got their championships relatively early, and hopefully will never win again. 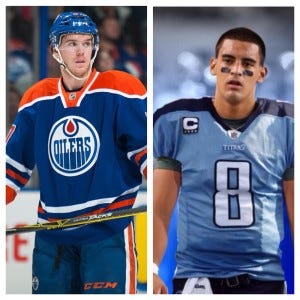 Two young guys with incredible talent who are the only hope for their loser franchises. 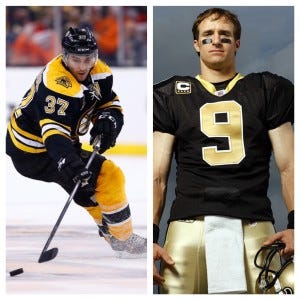 Both guys are among the best of their generation. Probably deserve more rings, but they were crippled by terrible decisions by their management. 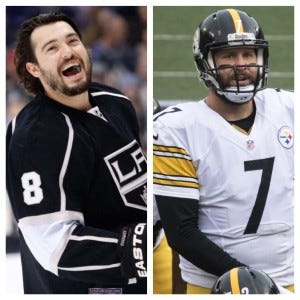 Fat boys who are at their best when the pressure is on. 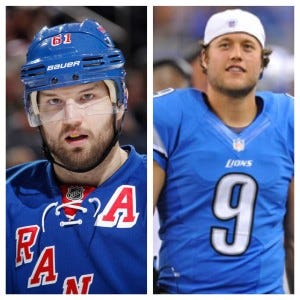 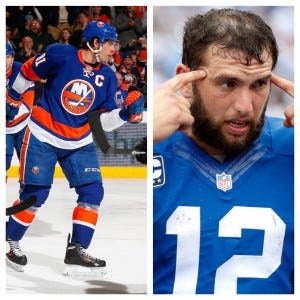 Talented nerds who haven’t been able to win in the playoffs yet. 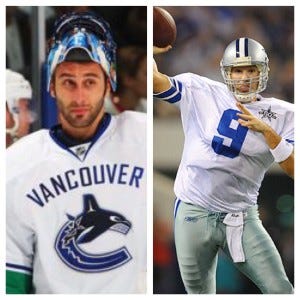 If you have these guys on your team you’re pretty happy for the regular season as long as they are healthy. Both among the best of this era, and possible Hall Of Famers, but they melt in SPECTACULAR fashion in the playoffs. 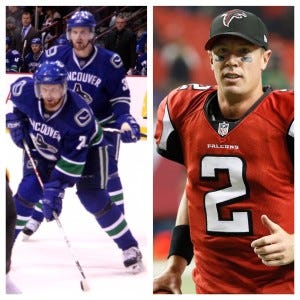 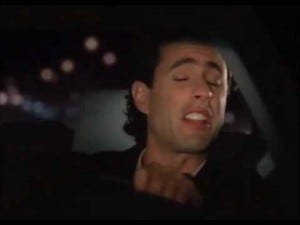 Yeah, you’re driving around in a nice car, but it has an unbearable stench at the same time. Matt Ryan and the Sedins are like lingering bad BO.

I’m sure there are more hockey dopplegangers for NFL QBs but this is the list I came up with. If you’ve got some for Flacco, Dalton, Russell Wilson, leave them in the comments or send it on twitter