Those kids need to learn that there’s a time and a place for the Dab.  After scoring a touchdown in the NFL?  Of course. After you think aced a test in college only to find out later that you failed it?  Sure why not. After you climax in the bedroom? It’s a must.  Let’s put it this way, the Dab is appropriate just about anywhere other than the time someone is frustrated about the VA and is trying to get her point across on television.  That’s an easier way to put it than listing all of the places it’s appropriate. When that’s happening, put those Dabs away and save them for a rainy day.

This lady’s face is hilarious 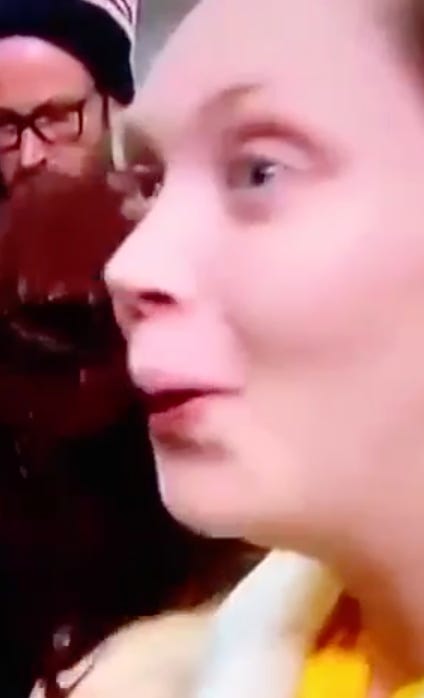 That’s a look of, “OH NO SHE DIDN’T!” This is gonna sound stupid, but why can’t people swear on TV?  We’re all adults here.  What little kid is up watching the Iowa caucus poll numbers roll in on a Monday night? None of them,  Let people say whatever the fuck they want. Real frustrations warrant real reactions. People should be able to say fuck on TV. Every person in the world uses it everywhere else 600 times a day but say it on TV and people act like you stepped on a puppy.