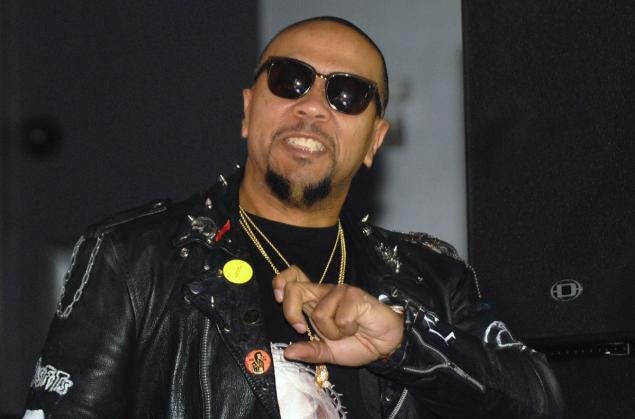 NY Daily News- Timbaland refused to perform at a charity show in Detroit for residents afflicted by Flint’s poisoned water supply when the club served the wrong brand of champagne. The event raked in at least $3,000 to buy bottles of water and filters for the troubled city despite the multi-Grammy winner’s apparent lack of professionalism late Thursday night, said Club Bleu co-owner Mitchell Jaworski. The two bottles of “Ace of Spades” champagne — worth more than $300 each — were replaced with Dom Perignon because the club did not carry Jay-Z’s expensive line of Armand de Brignac bubbly. Despite the mix-up, the hip-hop producer and his entourage polished off an entire arsenal of booze in the club’s VIP seating, including two bottles of Patron, three bottles of Ciroc, two bottles of D’usse and one bottle of Disaronno Originale Italian Liqueur. “They had about 15 bottles of liquor and champagne, which is extremely excessive especially for a charity event,” Jaworski told the Daily News. “They seemed more concerned about getting every drop of liquor.”

So, Timbaland was invited to perform at this charity event in Detroit because all the Flint, MI drinking water was turned into fucking poison, he agreed to perform eight songs and was paid in advance (mistake number 1, never pay in advance). He had a list of booze he requested to have in his VIP section, which included two bottles of Ace of Spades champagne that are each worth $300. The club didn’t carry that brand so they got him Dom instead and Timbaland went on stage, stood there like an asshole and pouted.

First of all who the fuck does Timbaland think he is? Like, seriously. Does he know something about himself that everyone else in the world is unaware of? He was supposed to perform eight songs at this charity event and I honestly couldn’t name eight Timbaland songs. Does he sing, is he a producer, is he a DJ? Or does he do all three? I really have no idea. I know he has a couple songs with Justin Timberlake and that’s about it. This could also be me just being out of the loop (which I usually am) and he could be a really big deal, in which case ignore that and move on to part two.

There are not many things I could think of that I would willingly look like that much of an entitled asshole for and alcohol is certainly not one of them. It’s not even like they forgot to get him booze, they just got him the wrong overpriced brand of champagne. They didn’t provide him with his requested TWO, THREE HUNDRED DOLLAR bottles of champagne at this CHARITY EVENT. They got him Dom, 2 bottles of Patron, 3 bottles of ciroc, 2 bottles of D’usse, and a bottle of Disaronno (which he and his crew drank all of), how tragic. So he stood on stage, acted like an actual three year old, and pouted in retaliation. Also, Disaronno is disgusting and I would be embarrassed that people knew I requested that liqueur. Just had to add that in there.

Either get better and more important if you’re gonna act that important or just shut the hell up and rap your stupid songs and drink whatever high end booze they give you the next time you’re asked to help other people at a charity event.

P.S the sneaky funniest part of this whole thing is that Timbaland’s real name is Tim Mosley. Someone named Tim Mosley for sure cannot pull a stunt like this and not come out looking like an asshole.