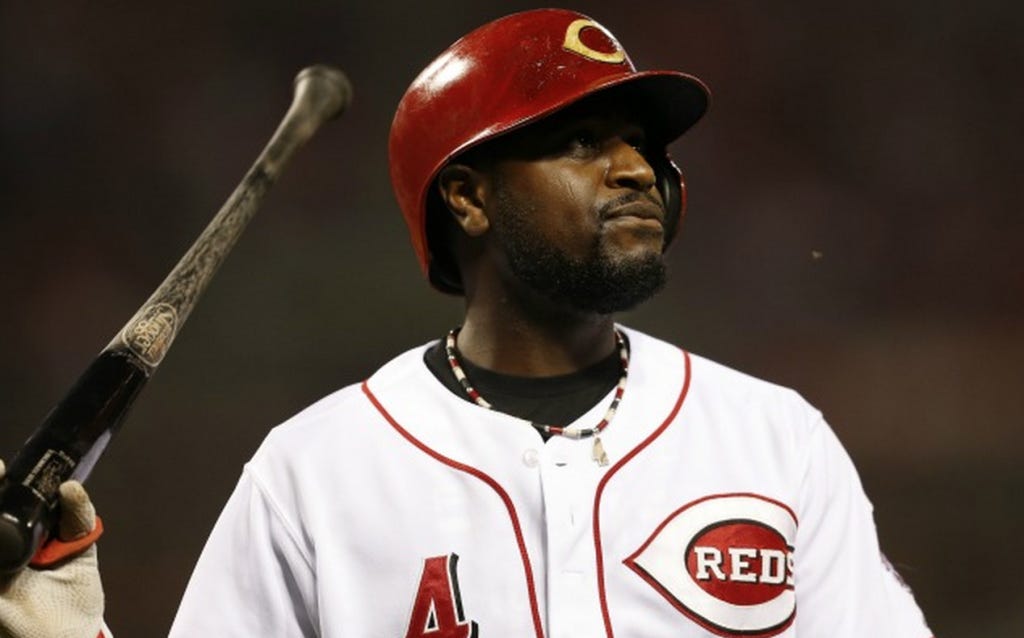 I like Brandon Phillips. He seems like a really good dude. When people mention his name, I remember that time that a 14-year-old fan of his tweeted him, and told him that he should come to his baseball game on his day off. And he did.

But if I were a Reds fan, I’d be a little frustrated with him. The Reds had two separate deals in place with the Nationals and Diamondbacks to move Phillips as part of their rebuilding process, which saw Aroldis Chapman dealt to the Yankees, and Todd Frazier flipped to the White Sox. Phillips is entering his age-35 season, and the Reds are ready to start grooming their second baseman of the future, 21-year-old Jose Peraza, who Cincinnati acquired from the Dodgers in the three-team deal that sent Frazier to Chicago. Thanks for 14 years, but it’s time for us to move on.

Phillips is a 10-5 rights guy. For those who don’t know, players get 10-5 rights when they’ve been in the league for 10 years, and with the same team for five, which then gives them the right to veto any trade that they’re involved in. Phillips took advantage of his 10-5 rights when the Reds tried to deal him to the Nationals and Diamondbacks. According to Cincinnati.com, Phillips asked for more money in order for him to agree to be traded, which is why he’ll still be the starting second baseman on Opening Day. Reds manager Bryan Price seems thrilled.

“It looks like Brandon is with us. Brandon, for me, is a second baseman of tremendous value and talent, it’s hard to just assign someone else that job,” Price said. “If Brandon’s with us, I expect him to be playing second base.”

Sure, the rest of the quote is all praise, but “It looks like Brandon is with us” doesn’t come off as the most enthused manager in the world. This could continue to get awkward, due to the fact that Phillips is signed through 2017. Granted, it’s at an affordable $13 million in 2016 and $14 million in 2017. But if Peraza is the guy, and they know that now, then I highly doubt they’ll be willing to wait until 2018 to get him in there as an everyday player.