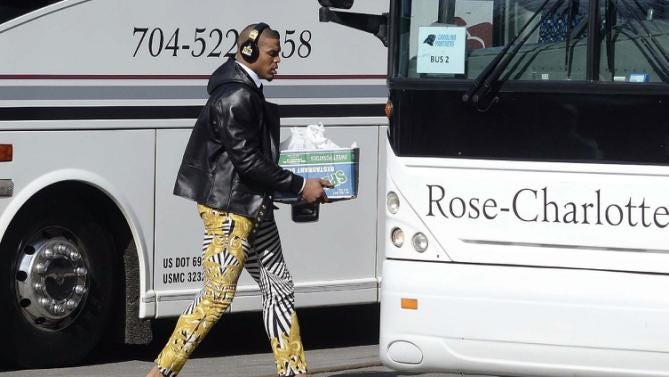 FoxSports – Warren Moon is under no illusion regarding Cam Newton. The mentor understands his mentee has made mistakes in the past, didn’t handle adversity very well early in his career and even now could stand to shorten some of his celebrations. It’s just that Moon can’t figure out why the backlash the Carolina Panthers’ quarterback receives for his on-field behavior is so intense. The only conclusion he can draw is threefold: Part of it is racial, part of it is due to his behaving unlike a traditional quarterback and part of it has to do with Newton’s college days, when he left the University of Florida after being arrested for allegedly stealing a laptop and then played at Auburn under more allegations his father demanded money from programs in exchange for his son’s enrollment.

“That’s the thing I don’t understand. How come they just can’t let it go?” Moon told FOX Sports by phone late last week from Hawaii, where he was making promotional and charitable appearances in advance of the Pro Bowl. “If he hasn’t done anything (recently) that’s been against the law or anything that would cause negative publicity, isn’t out in the world doing something wrong except for just dancing after a touchdown, I mean what is the big deal? He’s worked toward maturity in the last five or six years he’s been in the league and has done positive things to erase a lot of that negative stuff from when he was 18, 19 years old. I just don’t know why people can’t let all of that stuff go. “You’d think he raped like five pastors’ daughters over the last five years and he’s getting away with it the way people are talking about him.”

I’m trying to find all the people who’d like to lock Cam up and throw away the key but I simply can’t do it so I have no goddamn idea what Warren Moon is talking about here. For some frame of reference, I work in a predominantly white office in an Atlanta suburb where a ton of the staff consists of SEC fans who didn’t go to Auburn. Even in this crockpot of S-E-C chest thumping and casual Falcons fans, Cam’s just generally disdained because of his whole college thing with stealing laptops and being so freaking good he made Auburn really good for a hot second. If these guys don’t want to kill Cam then I simply don’t know who does. You’d have to go on a canoeing trip through the North Georgia mountains while practicing your pig calls to find somebody backwards enough to have this level of animosity towards the guy. So I took to the web and tried to twitter search instances of the phrase “fuck cam newton” and most of the results were either salty Seahawks fans (understandable), soon to be salty Broncos fans (also understandable), or they were about how bad they or their mom wants to have sex with him (I don’t play for that team, but yeah, understandable). 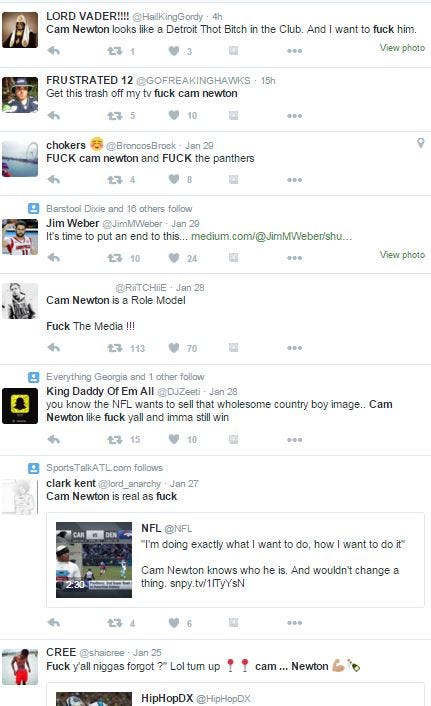 While I generally don’t know what Moon means I’d really like it if he specifically clarified if it was 1 pastor with 5 daughters or 5 pastors with 1 daughter each or somewhere in between. Not sure which one is worse off the top of my head but I feel like I should know so I can get to the right amount of anger about a guy who’s obviously loathed to the point where we’re treating him like a rapist. I guess that’s based on all this evidence which is a few racists, some people who clearly didn’t enjoy Footloose, and incessant media questions that stemmed from TWO silly letters from stressed out moms. Because that’s clearly who has their finger on the pulse of the average sports fan.