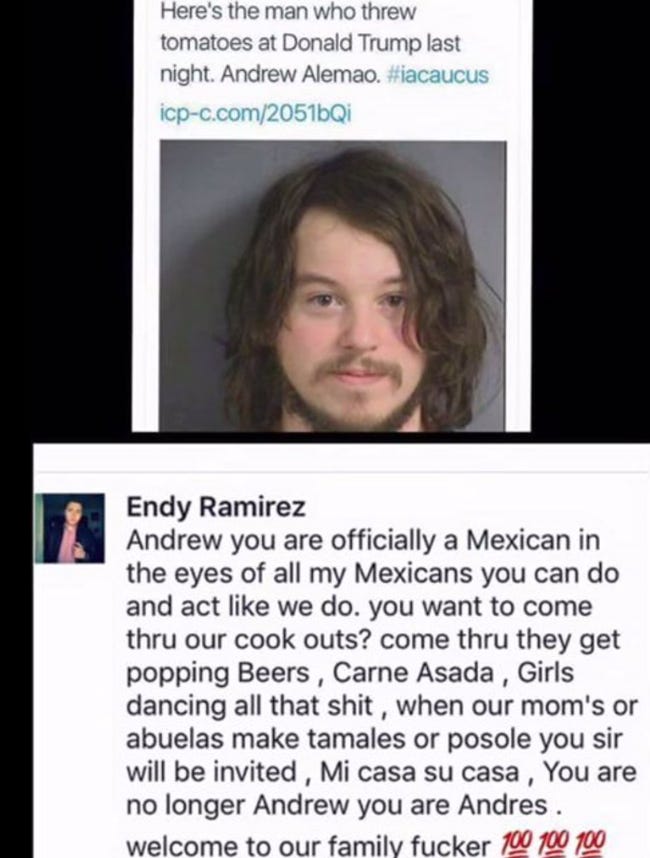 This is how you turn into a goddamn folk hero. Throw a vegetable at a potential presidential candidate and all of a sudden you’re the most popular person amongst Mexicans, blacks, Asians, Europeans and even the gays. Somebody tell Hilary Clinton once she’s done whipping and nae naeing and dabbing that she should launch an ear of corn at Trump’s face. She’ll leave Bernie Sanders in the dust. If there’s any consolation for spending a night in jail then this is the best kind. The guy is a genius. An internet hero. He’ll never have to pay for another enchilada for the rest of his life.  And if Katt Williams is to believed then Mexicans throw the best parties. All they need is a front yard and some Coronas. We’ve talked about it before but there aren’t very many situations where having your mug shot splashed all over the internet is a good thing.  I can think of two. One, when you go to NFL HQ and demand an interview with Roger Goodel and subsequently sell a trillion t-shirts.  And this guy. The Iowan who threw a tomato at Donald Trump during a rally. They’ll be talking about this guy in the history books forever. Well worth the price of bail.