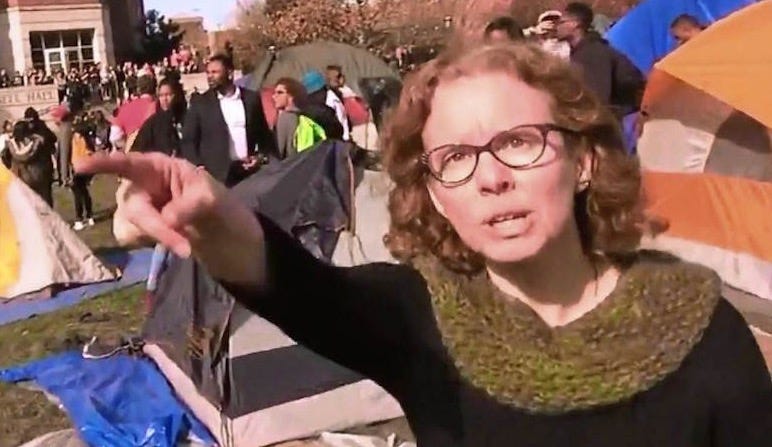 Welcome back to barstoolsports.melissaclick.com, your #1 destination for updates on the 2015/2016 winner of the “Worst Person Involved In A College Administration.”

I’ll make this blog’s time slot quick because I know everyone is sick of this story at this point. But I made a promise to all of you that I’d see this story through to the end, and I’m nothing if not a man of my word, so just a quick little update here since it’s in the news. Rolling Stone magazine updates and the villains of the Missouri protests, won’t rest until justice is served.

Well we’ve got an update for you…

Nearly three months after student protests at the University of Missouri forced the resignation of the school system president and spurred anti-racism demonstrations across the country, the college town of Columbia, Mo., remains in deep turmoil.

In the latest controversy to divide the community, Mizzou’s Board of Curators voted Wednesday to suspend Melissa Click, the assistant professor caught on camera pushing a student journalist and calling for “some muscle” to remove him from a protest camp.

“The Board of Curators directs the General Counsel, or outside counsel selected by General Counsel, to immediately conduct an investigation and collaborate with the city attorney and promptly report back to the Board so it may determine whether additional discipline is appropriate,” the board said in a statement. [Washington Post] 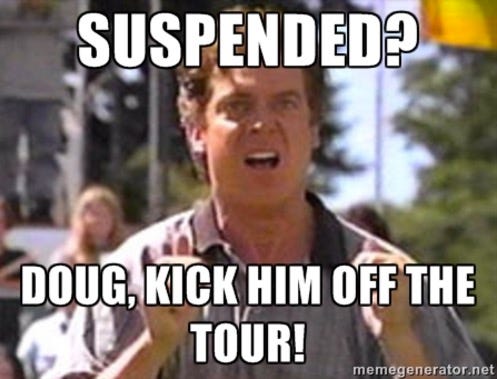 As usual, all it takes is a little public pressure. Things like nonstop blogs. And a letter signed by 100 Missouri House members.

And how about that poor camera guy? Did we all just forget about him?

Schierbecker’s video of Click, for example, has taken a toll on both sides of the camera. Since the clip went viral, Schierbecker has been accused of deliberately undermining the protests or of being racist. And while 117 state legislators signed a petition calling for Click to be fired, an equal number of MU faculty signed a petition supporting her. Among them was the head of Schierbecker’s own department, he said, leaving him with an awkward final 18 months at the school.

Mark Schierbecker, the videographer whose camera Click grabbed, called the suspension “vindicating” but said he was frustrated that school administrators did not act more quickly or directly.

“The university seems to care more about protecting their own despotic faculty than looking after the welfare of its students,” he told The Washington Post on Wednesday night.

Great. Already dealing from the PTSD of the incident, waking up in cold sweats every night having nightmares of Melissa Click and her band of Muscle assaulting him. Good to know he also has to spend his last year and a half of school underneath another monster.