I love it.  I really do. It kinda sucks living in Iowa during these times because it’s all political ads all the time. Turn on the TV and you’re bound to see at least 50 commercials dragging other candidates through the mud and asking for your vote. We’ve got presidential candidates zig zagging across this great state trying to get every vote they can before the Iowa caucuses. There’s just something about Iowa that makes politicians go cuckoo-ca-choo when it comes to campaign ads. That Mike Huckabee/Adele parody is an instant classic. An all timer. They really need to set up cameras in the rooms when ideas like this are pitched. “Hey so that Adele song is super popular right now.  What if we make an ad with super forced lyrics, mention a couple of towns in Iowa, mention a couple of local landmarks in those towns and drag that dirty Canadian Ted Cruz through the mud?  Let’s do it! Next stop, the White House!” Amazing.  Truly amazing. Huckabee even had the balls to take a few shots at Iowans in the ad. Bold strategy.

And if you’re thinking that’s fake, because I for sure thought it was, he tweeted the video from his official Twitter account 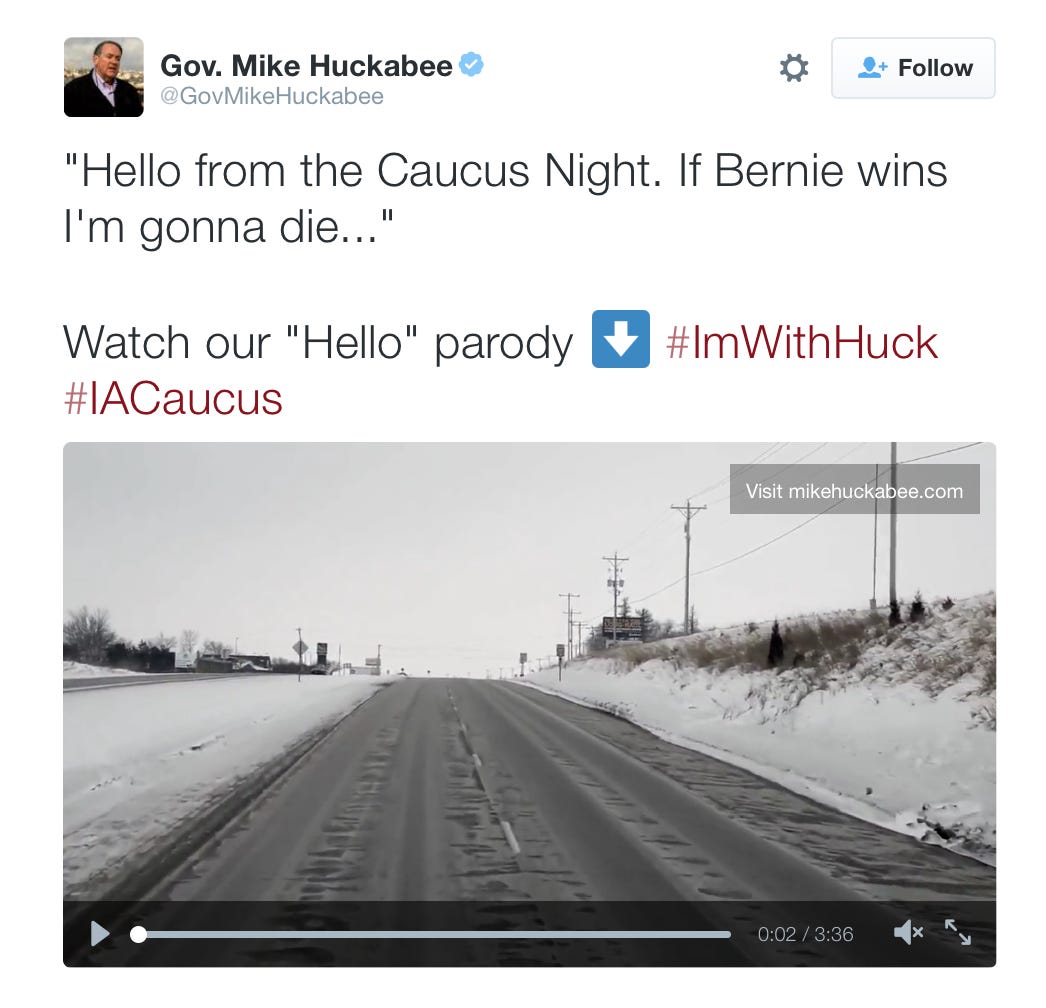 Here are a couple other Iowa classics