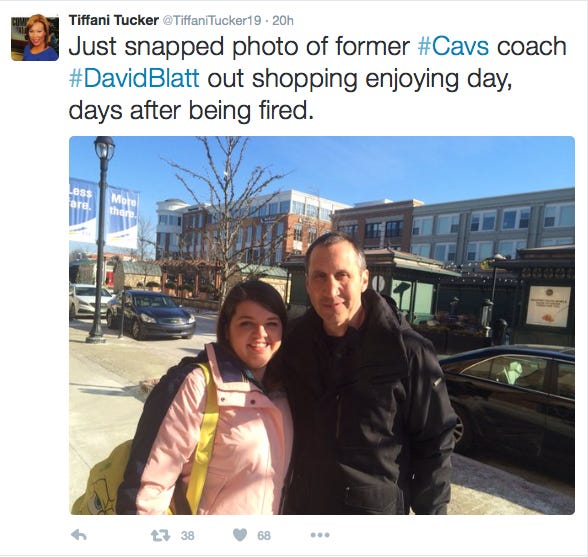 Look at that smile! And Cheesecake for lunch? Bet he went to town on that brown bread they give you, probably asked for seconds and maybe even thirds. David Blatt looking like he just got out of a relationship with a crazy girlfriend. I mean obviously no one wants to be fired right? But if you were David Blatt you had to know how this all was going to end. The minute Lebron decided to come back to Cleveland you were fucked. Could have won a title last year and still would have gotten canned. You were never Lebron’s guy and nothing could change that. It was just a counting clock to the day you got let go, now all of that is over and you can be a free man again, out of the Lebron blame game, done with being emasculated day and night. Congrats David Blatt, go get some strange and maybe circle back for more brown bread, shit is delicious.

Oh and if I’m David Blatt I’m 100% demanding I coach the All-Star game. It’s his right, he earned it. Just show up and sit Lebron the entire time. I know he can’t because he would  burn bridges in the NBA but could you imagine? It would be the best moment of revenge in the world and no single person would take Lebron’s side.