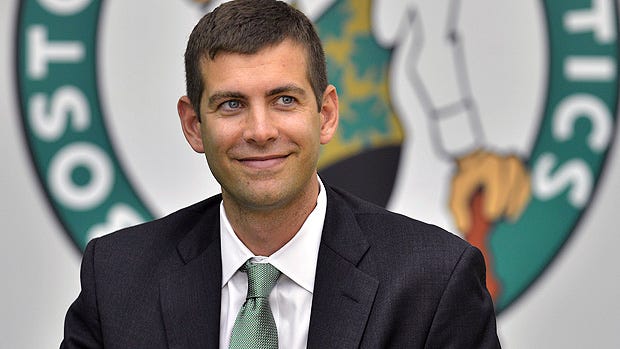 All Hail Brad Stevens for he is the next great basketball mind this league has ever seen. Pundits around the league often say that it’s actually a negative for the Celtics to say your coach is your best FA attraction. That in a players league, outside of like Greg Popovich having an elite coach doesn’t really matter. Well Brad Stevens is here to say no so fast my friends. In today’s NBA, how many coaches can basically win a game for you? Says to himself, “wow you know what, I’m forced to give Evan Turner big minutes down the stretch, maybe I just take this into my own hands”.

It’s not just hyperbole, Stevens is a legit basketball savant. I look at this though a very simple test. If last night was a situation for Doc Rivers, I’m not so sure I feel one ounce of confidence. He probably would have just called for an iso for Isaiah that would have never worked. With Brad, he not only won the game once, he won it fucking twice. All within 30 seconds. With so many stupid coaches in the NBA, it’s comforting to know that you don’t have to worry about Stevens costing you a game. Sure his starting lineups may be weird, and his rotations are all over the place, but give this man a timeout with the game on the line, and let the magic happen.

The first came with 30 seconds left, right after asshole Evan Turner turned it over to cut the lead to 111-110. What I loved about this play that Brad called out of his timeout, was that clearly the entire building was expecting Isaiah to be the one who ended up with the shot. Instead, he keeps things VERY simple and just ran a delayed down screen for Avery. Interesting choice seeing as how Avery hasn’t hit anything from outside, and if you look closely you can see how he used his defender’s anticipation against him in order to create enough space to get the shot off. Great call, great execution.

But see things were just getting started. Due to more idiotic actions by his players, it was up to Brad once again to win this game, this time with 13 seconds left.

What he did next was a pure display of his genius. He chose to inbounds the ball on the baseline, rather than half court. This had the potential to end in complete disaster if the Celtics turned it over, seeing as how they were under their own basket. Once the ball was brought over half court, the Celts did a great job of spacing the floor and you could tell that the first part of the play was for Isaiah to pass the ball to Smart, and then go set a phantom screen for Olynyk. Washington was forced to focus on these two players since they are both knock down shooters. While this exchanged happened, Smart doesn’t even give it a look, instead utilizing Jae Crowder’s great positioning on rookie Kelly Oubre who was fronting him. Great entry pass, easy layup, ballgame.

And just like that, Brad Stevens rides off into the sunset. What he continues to get out of these players is amazing and I’m confident in saying our success this season is 100% due to him. This isn’t just a case of me riding a little Celtics high and over praising our coach, take it from the players themselves

3 in a row, two over quality teams. If you missed this performance because you were celebrating the Pats, here’s what else you missed.

– Isaiah Thomas vs John Wall Episode 3 was everything you could have hoped for. Both were absolutely ridiculous. For Isaiah, it was just more of the same. His 32 points obviously led the Celtics, and without this performance, Wall’s 36 would have hurt a lot more. Isaiah was everywhere last night. He shot the ball decent (6-14) but 5 of those buckets were 3s. He got into the paint at will, and took SIXTEEN FTs.

– More of the same from Jae Crowder. His development is probably the biggest surprise of the year, and his 22/8/6 is slowly becoming what you can expect from him on a nightly basis. Averaging 17 points per game since Thanksgiving, Crowder is showing no signs of slowing down. I sort of like how he’s doing all of this under the radar, it fits who he is as a player. Few players since the Big 3 have adopted what it means to be a Celtic, and what it takes to play Celtics basketball, but Jae has picked it up since the minute he got here. Oh and here is your reminder that Danny got him for 5/35M and someone like Kris Middleton cost 5/70M. Who do you think is having the better year?

– It was great to see the Celts resiliency show up and overcome an 11 point deficit. In fact, the Celts were behind for a majority of this game, so credit them for keeping pace and then making enough plays down the stretch to pull it out. 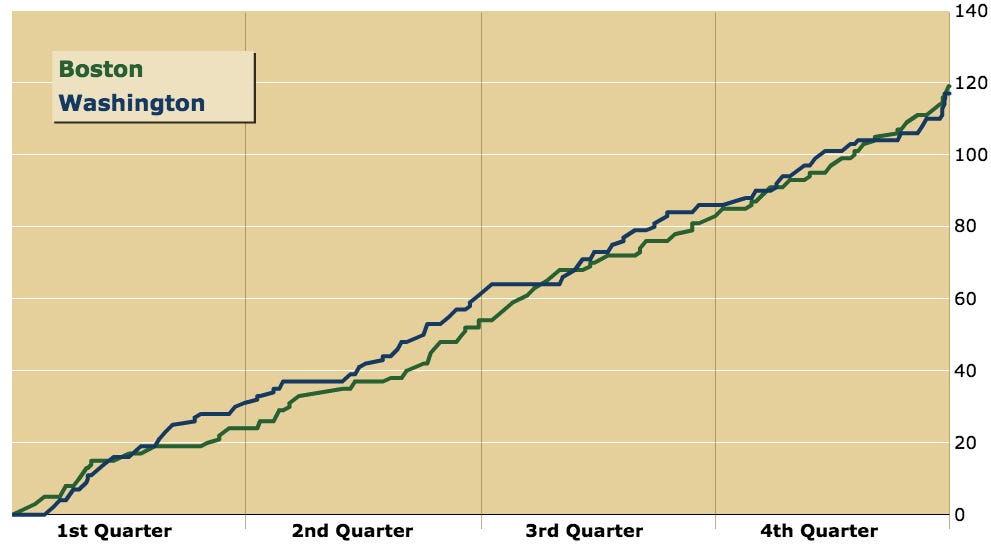 Back to back on the roads against a team that had won 4 in a row are never easy, at at times the Celts had every reason to pack it in. They didn’t.

– Winning another game while giving up 100 pints is nice, but let’s not play with fire. This was actually a type of game that the Celtics had never won before. They were winless when never winning by 10+ and in games decided be 3 points or less. Law of averages baby!

– Solid effort from Sully, and really he’s been playing well since being inserted back into the starting lineup. A little annoying that right after I praised him for no longer taking 3s he’s started (and failed) to take a few more. I think his 14/9 is where you can expect him to be given his minutes, and if that’s the case you won’t hear me complain.

– I know I kill the Celtics when they miss their FTs, so I am going to be fair and credit them for how they shot them last night. Yes, there were some brutal misses (Amir), but going 32-36 is pretty fucking good.

–  Giving up 30+ points in 3 of the 4 quarters is certainly not what I expect from this team defensively. The way the Celtics can go into shooting woes, they need to be able to rely on their defense to hold teams to a reasonable score. Giving up100+ points in 5 of their last 6 games has me a bit concerned.

– As dominant as he was, Isaiah’s 7 turnovers hurt. He has been in control recently, so having this many is a bit shocking. We saw what happens sometimes when he forces a play, or is just a bit out of control. I’m sure Brad is going to kill him in film review so I’m not worried.

– Our bigs had a pretty tough time defending Gortat in the post. Gortat always seems to be a player that will forever kill the Celtics, kind of like Pau Gasol. He’s was just more physical than our frontline, and was able to establish position basically at will.

– Sure he missed it, but allowing John Wall to go coast to coast down 2 with the game on the line game me a heart attack. He makes that layup 99 times out of 100. The Celtics have let this happen to them about three other times this year, and they are lucky it didn’t burn them here.

– Evan Turner letting John Wall steal the ball from him with 1 min left up 111-108. Cannot let this happen, you need to be stronger with the ball. It was only fitting that at the time Turner was leading the team in +/-, and yet almost cost them the game. So Evan Turner it hurts.

– Jae Crowder’s absolutely inexcusable technical foul. The look on Stevens face said it all. What the hell ar eyou doing? Getting into a shouting match with Randy Wittman? The Wizards would go on to make al their FTs and all the sudden a 4 point lead was gone. Have to be better.

So don’t look now but your Boston Celtics are now the second hottest team in the Eastern Conference. That’s the beauty of the NBA. A week ago they looked like shit, and now I’ve never felt better. Wins over IND and WSH give me all the confidence in the world heading into Dallas. I want revenge for the November 18th loss. Don’t care that Rick Carlisle is a Worcester guy and former Celtic. A win in Dallas would be huge since they are pretty good (23-18) and the way the Celtics are playing, they could very well steal one.

In the meantime, enjoy the Celtics high, add in some Patriots fumes from yesterday and have yourself a fantastic Sunday.