I’m a huge James Cordon guy. HUGE. Probably the biggest there is. Which means I love watching his youtube videos the next day on the internet because I have no clue what channel hes on and I’m not staying up till like 23o in the morning to watch him. But his Carpool Karaoke is the best running segment from the Late Night shows. The previous two with Bieber were A+. Carrie Underwood was alright. And last night he did Adele and blew it out of the water. Couple highlights for me:

1) James Cordon’s shirts and buttons must be made out of some futuristic NASA shit. 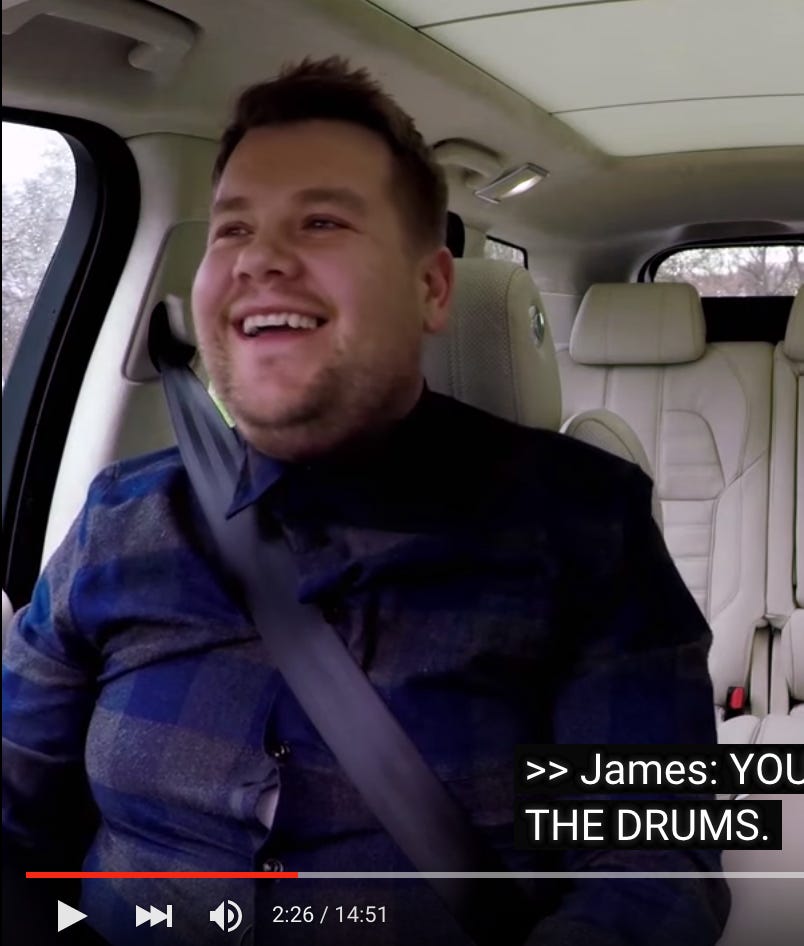 How that thing doesnt burst open is a scientific mystery.

Who knew my man had that in him! Any time you can get Adele to be taken aback by your singing you know you killed it. I know all the other guests hes had on there have been awesome but singing with Adele is some bucket list shit. Got a chance to sing in the car with one of the greatest voices of all time.

In general Adele seems pretty awesome. Getting drunk and hanging out with strangers. Doesnt take herself too seriously or act like a diva. And I’ll be perfectly honest, shes looking pretty good these days. I’d smash.

This would have absolutely been the highlight except she dropped Nicki’s verse from Monster on us and didnt miss a single lyric:

That car ride looked like the most fun ever. Send me over to Jolly Old England and let me ride long with James Cordon and Adele.