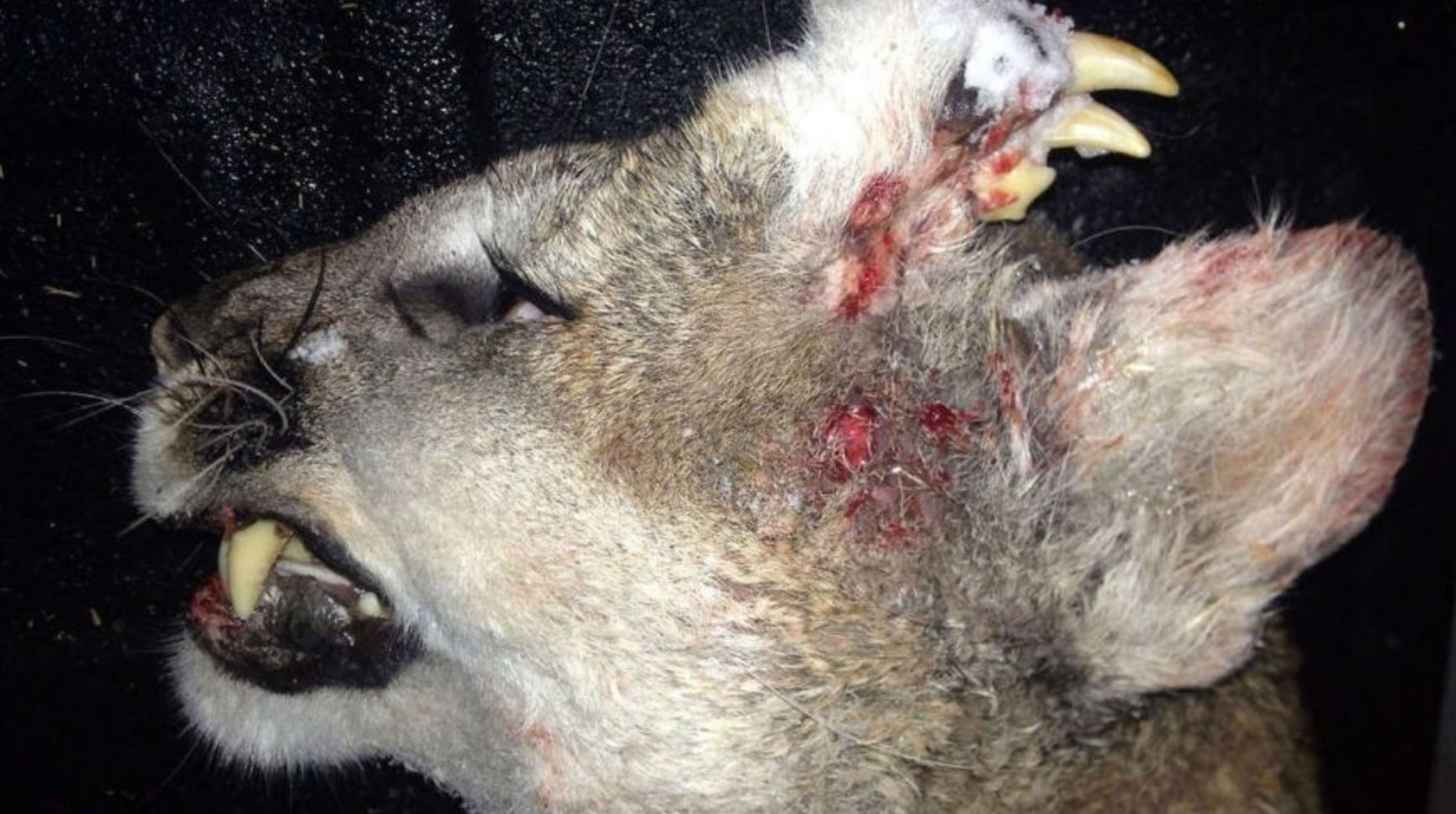 Fox- A mountain lion, which was legally killed by an unidentified hunter, was found to have a set of teeth growing out of the side of his head. The Idaho State Journal reported the lion was harvested near Weston on Dec. 30 and baffled wildlife officials after a conservation official sent a picture to the Idaho Fish and Game’s Southeast Regional Office in Pocatello. “It has all of us scratching our heads,” biologist Zack Lockyear told the State Journal. “It’s a bizarre situation and a bizarre photo.” Idaho Fish and Game said in a news release Friday officials cannot fully explain the abnormal deformity on the lion’s head, but did offer some theories as to why the lion had teeth and apparently whiskers growing out of the part of its head. “It is possible that the teeth could be the remnants of a conjoined twin that died in the womb and was absorbed into the other fetus. It is also possible that deformity was a teratoma tumor. These kinds of tumors are composed of tissue from which teeth, hair, and even fingers and toes can develop. They are rare in humans and animals.” Lockyer told the State Journal that another possible theory could be that the lion suffered an injury to its jaw and it healed in an odd way. However, he said that theory is probably unlikely. Officials added in the statement that biologists in the region have never seen this kind of deformity before.

Not what I wanted to see on a Monday morning but since I saw it that means you have to see it. As you know I’m constantly beating the drum about how scary the ocean is.  How we’ve discovered less than 2% of the wildlife that is living in the oceans (think I heard that somewhere or I made it up, I’m not in the fact checking business).  There are creatures in the deep depths that we don’t even know are there. There are probably sharks with jelly fish tentacles. Or jelly fish with shark teeth. Every combination of scary ocean creature that you can think of probably exists.  That’s what makes it so scary to me. The unknown deformities that are hanging out just below the surface. Well here’s the downside of living in the landlocked paradise that I’m always bragging about: we have the same shit it’s just mountain lions and bears and shit who have the deformities instead of fish. I mean just LOOK at that mountain lion with teeth growing out of its head. What the actual fuck? And the scariest part is scientists throwing up their hands being like, “We have no idea what that is. Your guess is as good as ours.”  Awesome. Awesome awesome. Always comforting when the nerds can’t figure it out. Running into a normal mountain lion would be cary enough. Running into a mountain lion like that is how heart attacks happen.