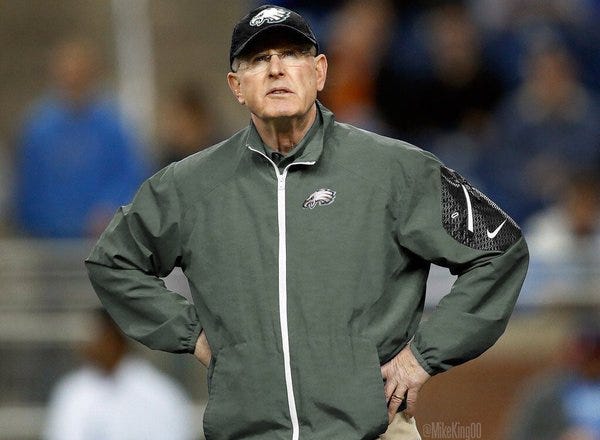 Mother. Fucker.  Yesterday I blogged about The Big Tuna again committing treason by recommending Coughlin for the Eagles job, but I thought/hoped/prayed that Tommy C would either want a year off or be disgusted at the mere thought of coaching in Philadelphia.  But this  seven minutes in heaven session scares the shit out of me.  I don’t need the Eagles learning discipline and how to win big games from General Coughlin.  Sure it could lead to no playoff wins most of the time, but there is always a chance of a late run that turns into a Super Bowl victory.  And what fun is it being with Eagles fans if you can’t taunt them about their team never winning a Super Bowl?

However, even if Philly hires Coughlin, he is only part of the puzzle.  Coughlin is basically the clear liquid from Die Hard 3 and a franchise quarterback is the red liquid.  On their own, they don’t do any damage.  But when they are together, shit can explode.

So here is to hoping that neither the clear liquid nor the red liquid ever ends up with the Eagles.  And if you won’t listen to me Coach, listen to your former player.

As for Doug Marrone, since when did he become a “Proven Coach” in people’s minds? Sure cracking .500 with the Bills is an accomplishment that shouldn’t be overlooked, but you can’t ignore him leaving a job and then not getting hired afterwards. That’s just poor decision making in my eyes. As a Syracuse fan, I was happy to see Marrone turn the program into a Not-Absolute-Wasteland, but the head coach of the New York Football Giants should be better than a guy that went 15-17 in Buffalo with a talented roster.  This is why you don’t fire a two-time Super Bowl winning coach in a year where the candidate pool doesn’t seem all that deep.  Figure it out Mr. Mara.  Figure it out Mr. Tisch.  And figure it out Jerry (you have a lot more to figure out than the other two, though). 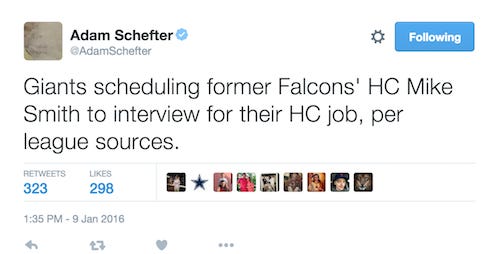