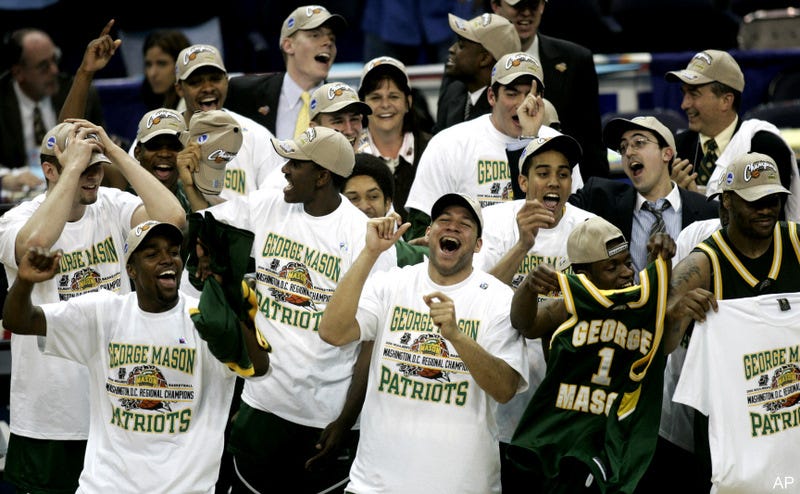 Conference play is officially here, which means people are starting to talk and ask about the NCAA Tournament. They want to know what sleepers are out there, especially from the smaller conferences that aren’t seen on TV a lot.

So, with a pretty weak slate of games tonight – the best ones being Cinci/SMU, Michigan/Purdue and Arizona/UCLA – let’s look at the small guys.

These are a handful of teams that you’ll want to know and track throughout the season. Whether you want to for betting reasons or when the NCAA Tournament comes around and you’re looking for that 5/12, 4/13 upset that Joe from Accounting can’t wait to talk about, you’ll be ahead of the game.

Note, I’m not counting the American, Atlantic-10, Missouri Valley, Gonzaga, as smaller teams as everyone in the world knows who they are. Follow me @barstoolreags for your college hoops talk.

Arkansas-Little Rock (Sun Belt) – The football conference known as the Fun Belt, gives us one of the teams you absolutely need to know. The Trojans are 12-1 with wins at San Diego State, Tulsa and DePaul. KenPom has them as the No. 47 team in the country and they absolutely destroy teams on the defensive side of the ball – ranking 15th in the country in AdjD. The fact they turn teams over 24 percent of possessions means a halfcourt game in the Tournament can play in their favor.

Valparaiso (Horizon) – Valpo is a team I was incredibly high on coming into the season. They pushed Maryland in the NCAA Tournament and were a missed foul call away from sending that game to overtime. They also have a player that isn’t talked about enough in Alec Peters, who reminds me of Seth Tuttle of UNI from last year. Head coach Bryce Drew (of NCAA Tournament celebration fame) likes to run his offense through the big man, who is a big time passer from the high post. He can also step out and shoot it – 45 percent this season from deep.

Chattanooga (Southern) – This is a league that once gave us a guy named Steph Curry, who turned out to be above average. Now, we have a team in Chattanooga who could surprise people come March. Hell, they already have wins over Georgia, Dayton and Illinois, so they can win against the ‘big guys.’ This is a balanced team, where they have eight guys scoring between 7 and 12.6 ppg. That makes it a lot tougher to game plan as an opponent to single out one guy like you often see with these smaller schools. The downside is they don’t excel in one specific thing, ranking 97th on offense and 100th on defense.

UT-Arlington (Sun Belt) – The second Sun Belt team, which shows this conference has a legit chance at getting two teams in the Tournament. UT-Arlington has wins at Ohio State and Memphis this year. If the Mavericks split with UALR and both meet in the title game, don’t rule out the possibility of two bids with how this year has been. Much like UALR, UT-Arlington is a defensive team, ranking 53rd in the country in AdjD. The difference though, is UT-Arlington has Kevin Hervey, who is averaging 18 a game and a shade under 10 rebounds.

Akron (MAC) – No list is complete without a little MACtion. The only two losses on the season for Akron are road losses to Villanova and UW-Green Bay, absolutely nothing wrong with that. This is another completely balanced team with six guys scoring between 9.4 and 11.8 ppg. So, what’s great about the Zips? Well, they are the third best team in the country guarding the three. That’s obviously extremely important with how teams are looking to shoot from deep more often these days.

Other names to look out for: Monmouth (not talked about since everyone knows them), Oakland, Hawaii, Belmont, South Dakota State

PS: I sat down with CharlieWisco to discuss life at a big time college hoops school and our hatred for Duke. Also, find out what he said that had the Clancy brothers ready to kick him out of a bar.