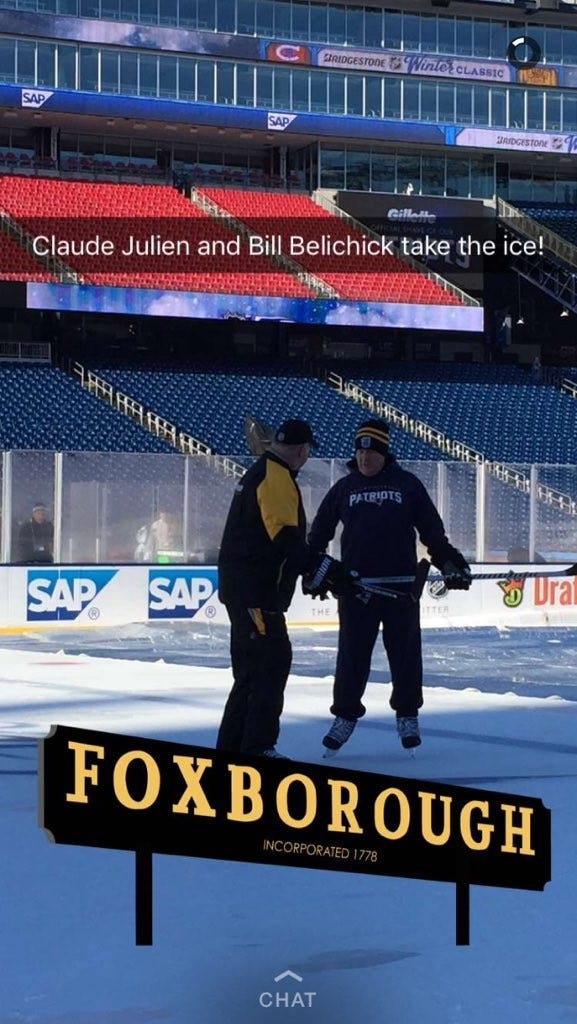 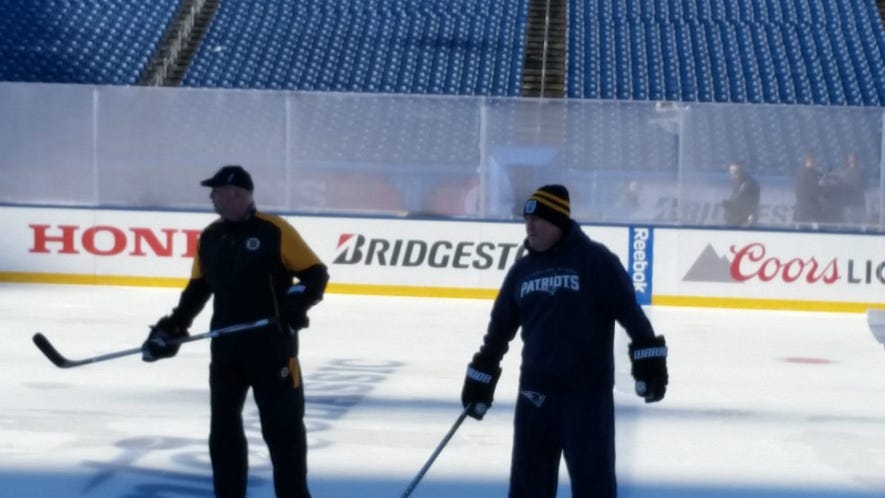 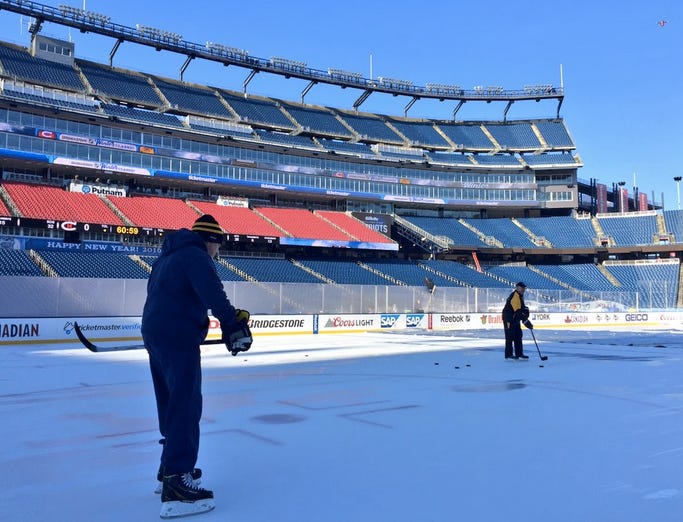 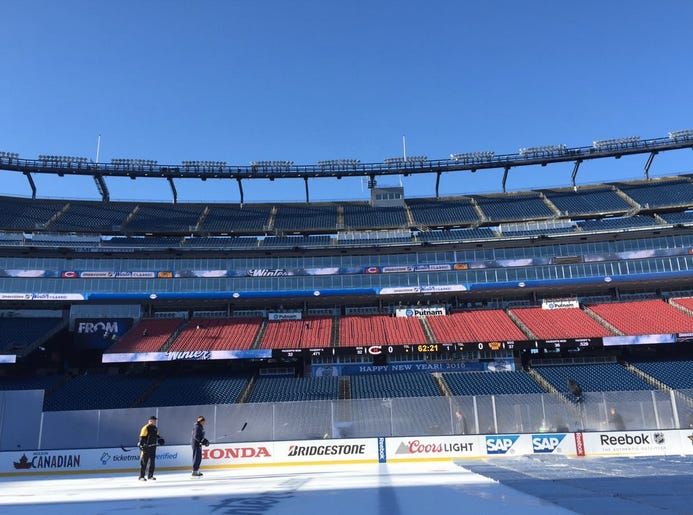 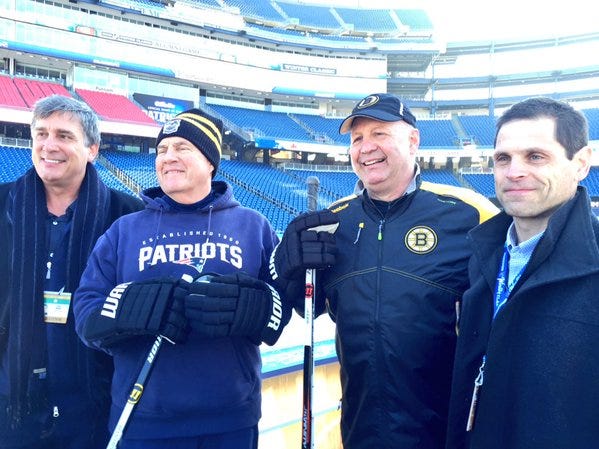 Just amazing, really. Who the hell had any idea Belichick could move like lightning out there? He’s so good I want him signed right this second. Bs are down roughly a million forwards. No Krejci, no Marchand, no Pasta, so what do you do? Well what if I told you we could bring in the big guy with the tenacity of Neely, the hockey IQ of Gretzky, and the hands of Datsyuk? Would that be something you’re interested in?

PS – Really is true that you can’t skate outside and frown at the same time. That last pic has the 4 biggest smiles I’ve ever seen on those 4 guys. Yes, Sweeney included.