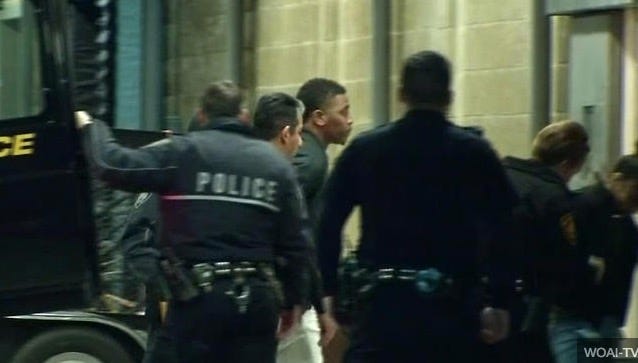 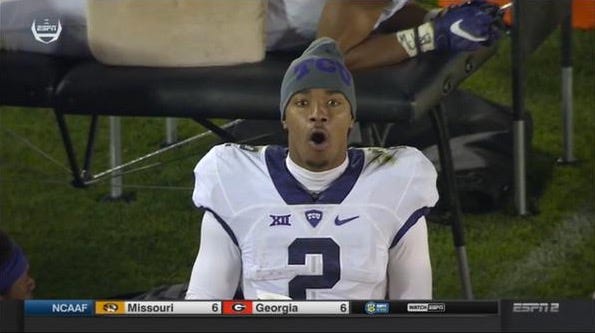 Boykin and some friends were at Pat O’Brien’s ahead of Saturday’s Alamo Bowl matchup against the Oregon Ducks when other patrons recognized him and “exchanged words,” according to NBC affiliate WOAI in San Antonio.

Boykin reportedly became upset and started trying to punch them just before 2 a.m. After Boykin struck a bar employee, he and his friends were removed from the establishment, authorities said.

San Antonio bicycle patrol officers arrived shortly after and, along with bar bouncers, tried to break up the fight. Police said Boykin’s friends restrained the quarterback and told officers they would take him back to their hotel.

According to police, Boykin then started trying to punch officers who arrived to assist. Several officers took Boykin to the ground, where the fight continued until they threatened to use a stun gun on him.

Boykin was arrested and faces charges of assaulting a police officer, resisting arrest and public intoxication.

So remember this blog? 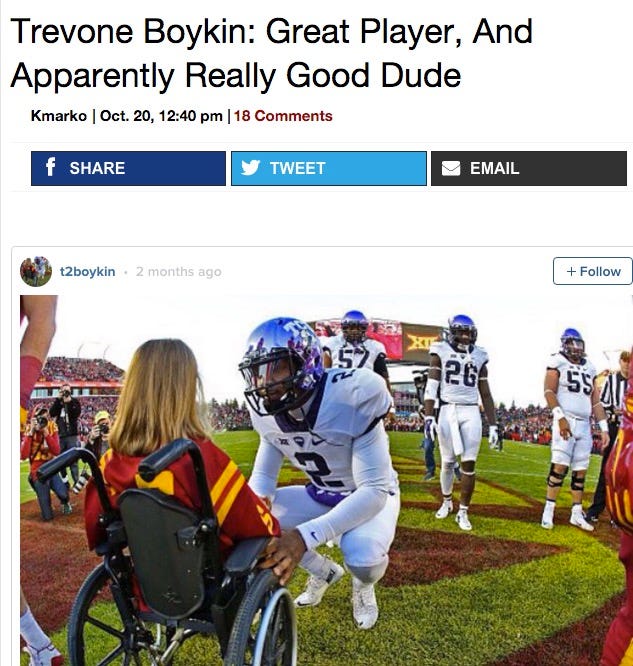 Feel like when you spend 90% of your time writing about college players getting arrested, violating NCAA rules and getting in trouble on and off the field, you kind of forget that a lot of these guys are just really good dudes. Case in point, Trevone Boykin who may be the best QB in the country and is by all accounts #2 in the Heisman race right now taking some time to acknowledge and speak to rival fan Abby here before the game:

Great picture and a really awesome move by Boykin. Something to remember in the future when those “character red flags” start popping up from “anonymous sources” during the draft process.

Listen I’m not going to say one night of getting a little too drunk and throwing haymakers at bike cops erases all the good things you’ve done or makes you a bad person, everyone makes mistakes. But that last part I wrote about “character red flags” during the draft process? Well, I think punching a cop during a drunken rampage a few days before your bowl game will qualify for that.