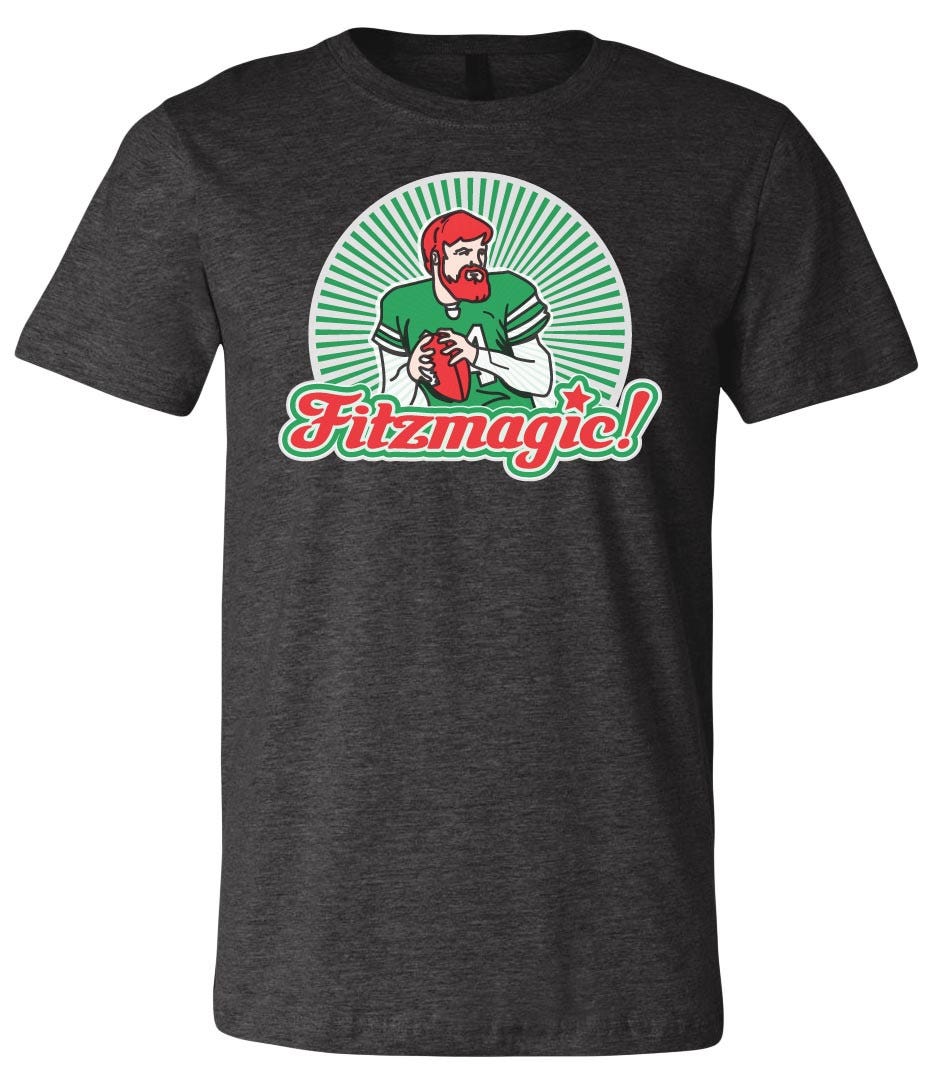 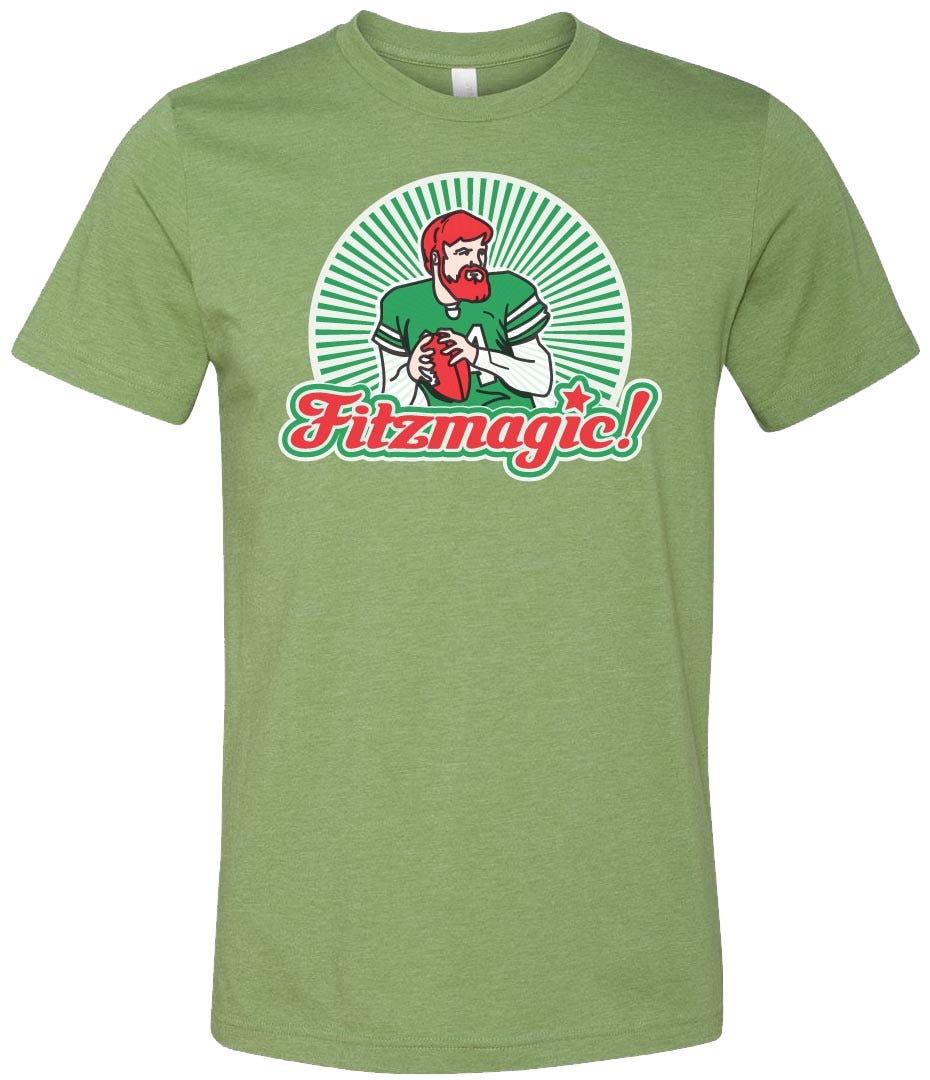 Every little thing he does is FITZMAGIC! You can crack jokes about Harvard and wedding rings and his time in Buffalo all you want but here are the facts:

Hes thrown 29 TDs to just 12 INTs this year. His next TD pass will break the franchise record and is the most touchdowns thrown by an AFC East QB other than Brady in the past 15 years.

During this current 5 game win streak he’s thrown for 13 touchdowns and 1 interception. He’s averaging 300+ yards a game and completing 64% of his passes with a passer rating of 106.5.

He’s thrown for nearly 600 yards and 5 TDs agains the Pats. If his defense could have stood up one more time for him in that first meeting, he would have swept Brady and the Pats.

And most importantly…when the season looked completely doomed after a loss against Tyler fucking Yates and the Texans, he did what any frat leader does – he switched up his look, shaved his beard, and never looked back. Since trimming the beard this team has not lost and he’s looked unbeatable. In years past that loss absolutely, one billion percent marked the end of the Jets season. This year Fitz pulled the team up by their bootstraps and is carrying them to the postseason.

Bottom line is the guy is at the helm of one of the hottest teams in football. It may not make sense. I myself cannot believe that’s he’s had the season he’s had.

I mean, take a look at this: 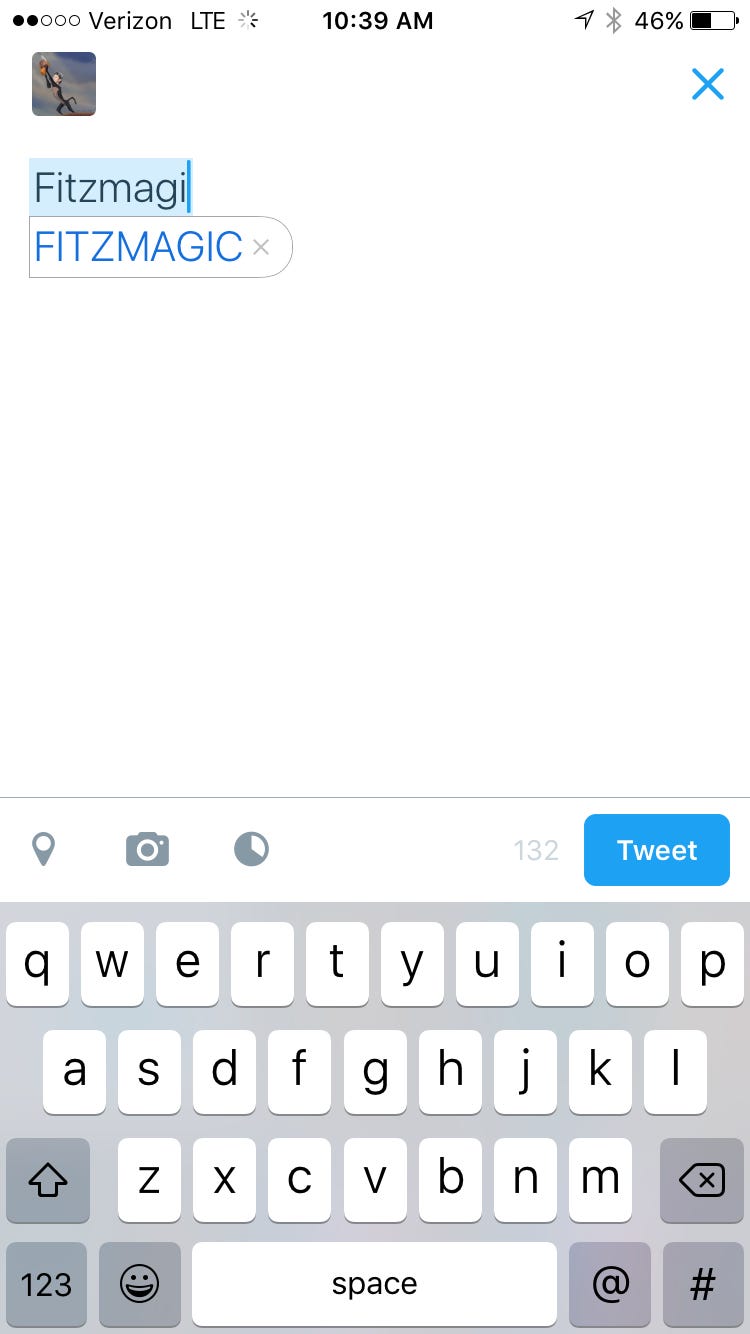 Fitz has gotten the auto correct caps lock treatment in my phone. And not in a negative manner! The last dude who got that status was Cespedes. That’s the most telling statistic of all.

When you look at his track record you wonder how it’s even happening. One word for you…