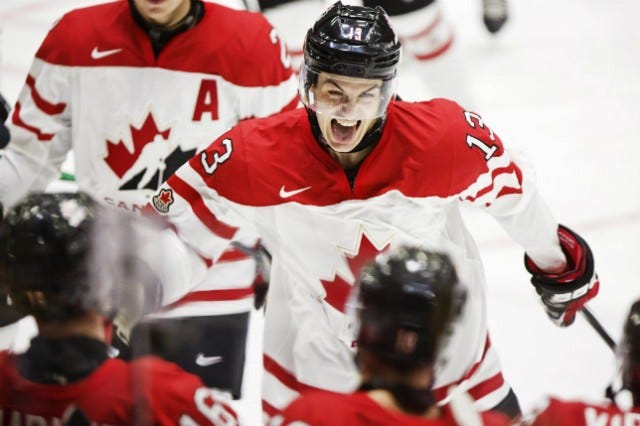 I feel bad saying it, but my boy B-Zazzle has me quietly rooting for Canada to do well as we find ourselves in the midst of this year’s World Juniors.

Currently in the middle of yet another Islanders slide, as New York as a whole proves to be one giant slumping hockey hotbed, the one drop of excitement I can squeeze out of this Isles club is it’s most recent first round pick, Mat Barzal.

It’s hard not to find excitement in a player when many hockey people smarter than myself pin him to be a top-5 pick and then happens to fall in your lap at 16th overall. [Not to mention picking up his current team Canada linemate Ant Beauvillier at 28th, tysfm Boston.]

Praised as one of the smartest players his age, while combining a smooth shot and feet to find open ice in a heartbeat, Barzal has quickly been proving himself to be one of the league’s most talented of prospects.

Now don’t get me wrong, I’m #TeamMerica until the end. These colors don’t run. But if #13 in red and white keeps doing stuff like this..

At least Isles fans have one consistent forward line that’s producing. They just happen to play for Team Canada.