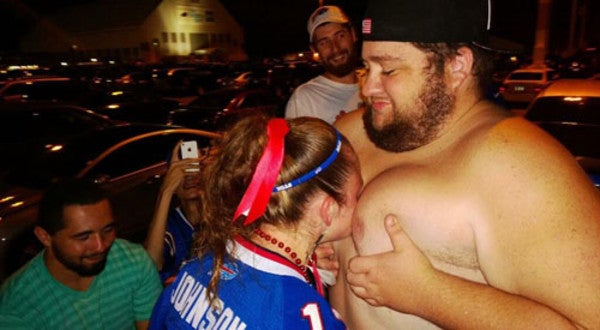 Buffalo - When Hamburg Town Police arrested a motorist last year, they measured her blood alcohol content at .33 percent, more than four times higher than the state’s legal limit. But a town judge recently dismissed the aggravated driving while intoxicated charge, after hearing medical evidence that the woman suffers from a rare intestinal disorder called “Auto-Brewery Syndrome” that sometimes turns ordinary food and beverages into alcohol in a person’s body. The Erie County District Attorney’s office says it will appeal the judge’s ruling and seek to have the charges against the driver reinstated. The case involving a 35-year-old school teacher is believed to be among the first of its kind in Western New York, if not the entire state. Essentially, her digestive system has so much yeast that it functions like a “brewery,” defense attorney Joseph J. Marusak said. “It’s also known as gut fermentation syndrome,” Marusak said.

“She can register a blood alcohol content that would have you or I falling down drunk, but she can function,” Marusak said. He described the case as “bizarre and unusual – one of the strangest cases I’ve ever been involved with in more than 30 years as a lawyer.” In one of his final actions in 35 years as a Hamburg town justice, Judge Walter L. Rooth dismissed misdemeanor charges of DWI and aggravated DWI that town police filed against the woman Oct. 11, 2014. The woman did admit she had three alcoholic beverages earlier in the day, according to a police report, but not nearly enough booze to produce such a high BAC reading. The News is not identifying the driver because the charges were dismissed and also because her attorney maintains that publicizing her medical condition will cause her embarrassment at her workplace.

First of all, this chick admitted to having 3 drinks! Who does that? Isn’t the default if you’ve had a few too many to say you’ve had 1 or 2? Because I assume that if you get pulled over and you’ve been drinking, you admit to the number of drinks you’ve had in the same way girls admit to how many guys they’ve slept with. Which is whatever the girl / driver says, multiply by 3. Because 9 cocktails makes way more sense than 3 when you blow a .33 BAC. And 9 guys makes way more sense than 3 for the girl who’s frustrated that you don’t know how to switch positions into the wheelbarrow without popping your thumb loose. That’s just common sense.

More importantly, I’m flat out impressed with how innovative they’re getting in Buffalo. A doctor’s note for being drunk all the time is nothing short of genius. If there’s a guy in upstate New York willing to diagnose you with “Auto-Brewery Syndrome”, how are you not making an appointment? It’s the ultimate trump card for being too drunk. Too drunk at a party? It’s the yeast! Swerving all over the road? Fermentation in my stomach, brah.  Just like everybody in states with medical marijuana gets “diagnosed” with glaucoma or anxiety so they can buy weed, people in Buffalo should just find a guy to state-certify their stomachs as booze factories. In addition to your regular co-pay, a diagnosis probably only costs you a set of Zubaz pants and a small donation to La Universidad de Cancun where the prescribing “physician” got his degree. Seems like a pretty small price to pay for the best literal “get out of jail, free” card there is. Can you even imagine the conversation after you get breathalyzed? Listen pal, you can’t stop me from eating, so you can’t stop me from getting drunk. I’m a human brewery. Says so on this note from my doc. Sure I’m at four times the legal limit but I downed about a hundred wings and a Nacho on Weckducken so whadidya expect? Checkmate, officer. Seems like the best way for #BillsMafia to get around to me.