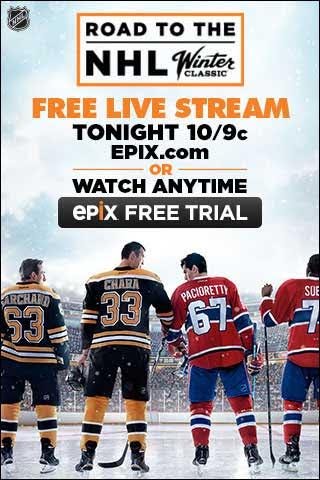 Road to the NHL Winter Classic comes back for episode three tonight at 10/9 central. The series has been top notch thus far and if you’re not watching then you’re a dink brain but here’s what you missed last week to catch you up…

– Marchand was the special guest at the Christmas Boston Pops because he’s more than a pest, he’s an All Star (I wrote this post before he went low bridge last night but I do think that’s being overblown), and he’s got a heck of a strategy to stay calm. Couple shots of whiskey shots to keep the nerves in check.

– PK Subban went to the children’s hospital because all he does is play hockey and make dreams come true. 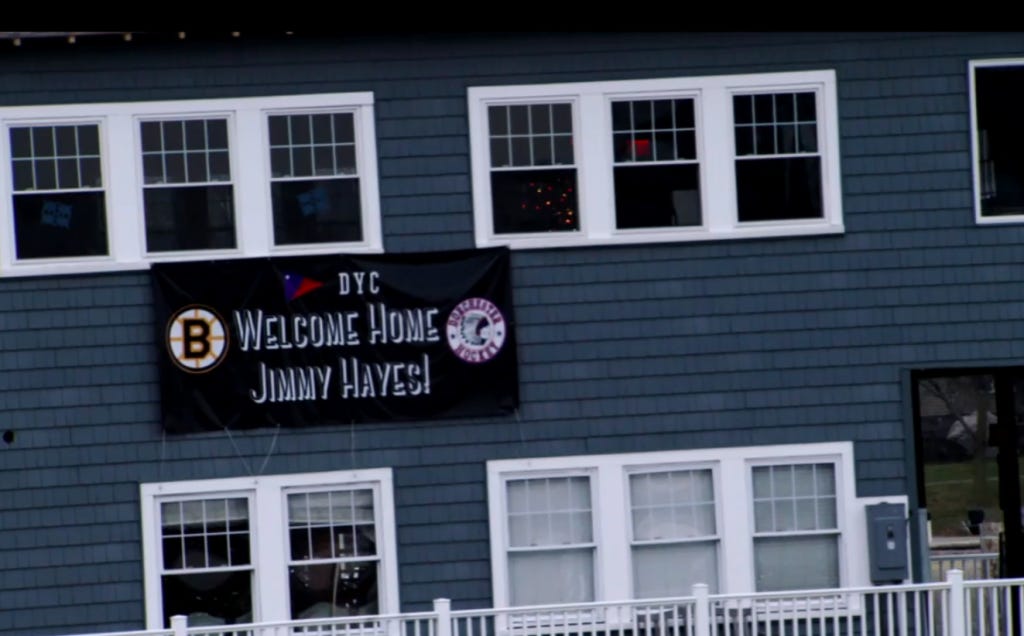 – Kinda surprised Jimmy didn’t bring the crew by beautiful Barstool HQ since we’re right down the street from the Eire Pub but whatever.

– Hayes’ mom is so perfectly Boston. Like if aliens need to know what women from Boston are like send them a video of Mrs. Hayes.

– Stephanie Bergeron aka Bae on fire as per usual. A young Jessica Simpson. 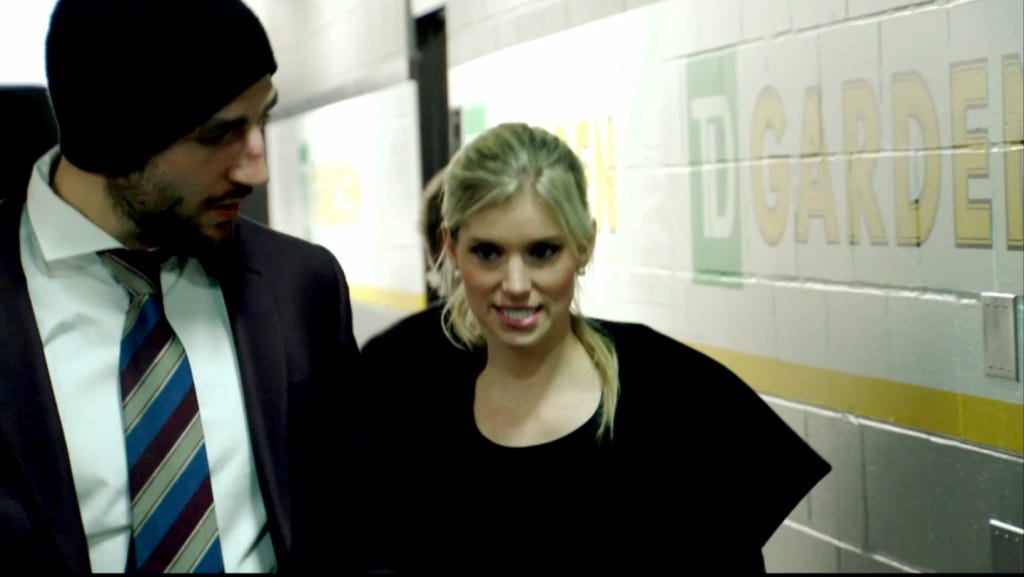 – The Canadiens aren’t exactly a likeable squad but cool to see local boys Flynn and Condon getting some screen time. 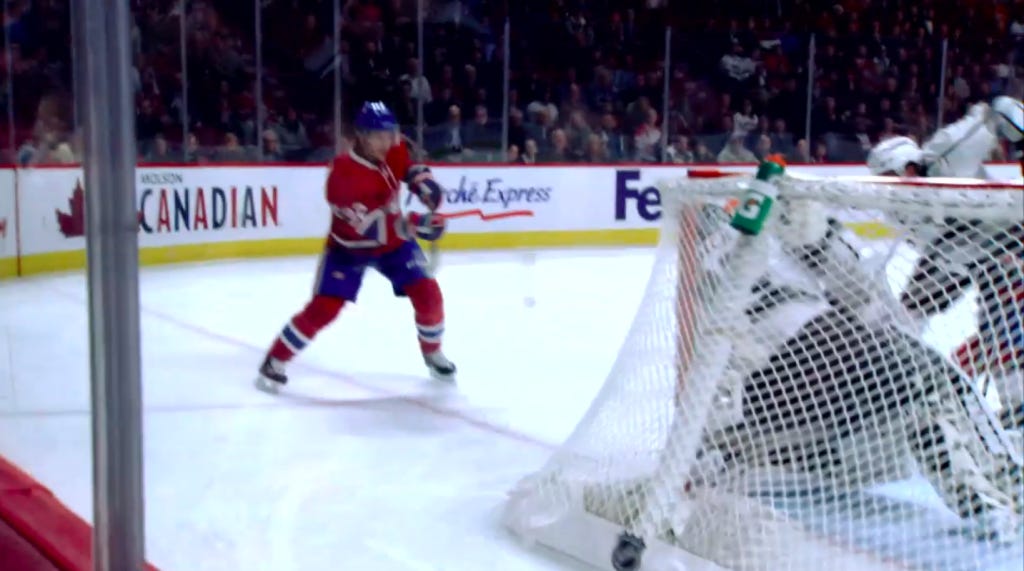 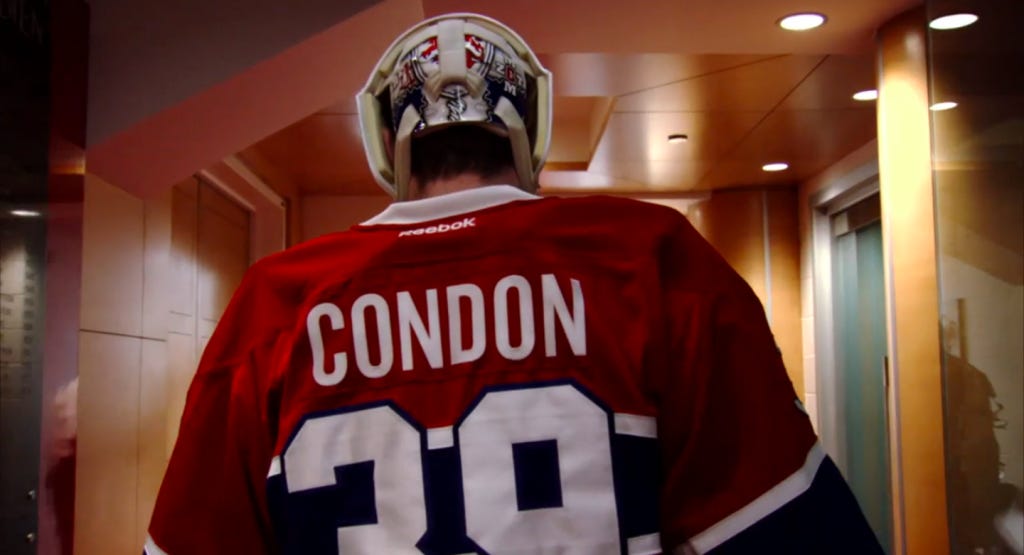 – Gallagher FaceTiming with Andy Dalton is bizarre to say the very least. Who is the bigger celebrity here? Also Gallagher has one of those classic Feitelberg ugly selfie faces. We’re not ugly, just not pretty on camera. 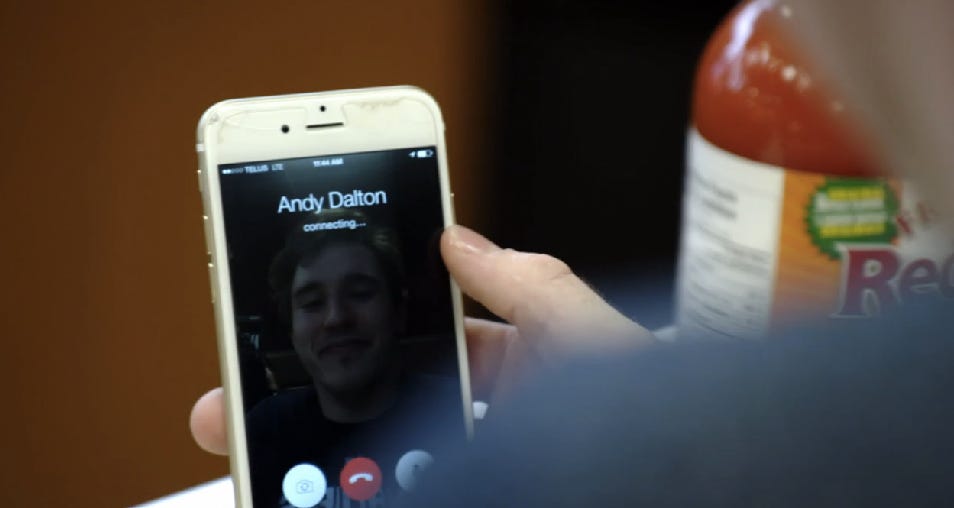 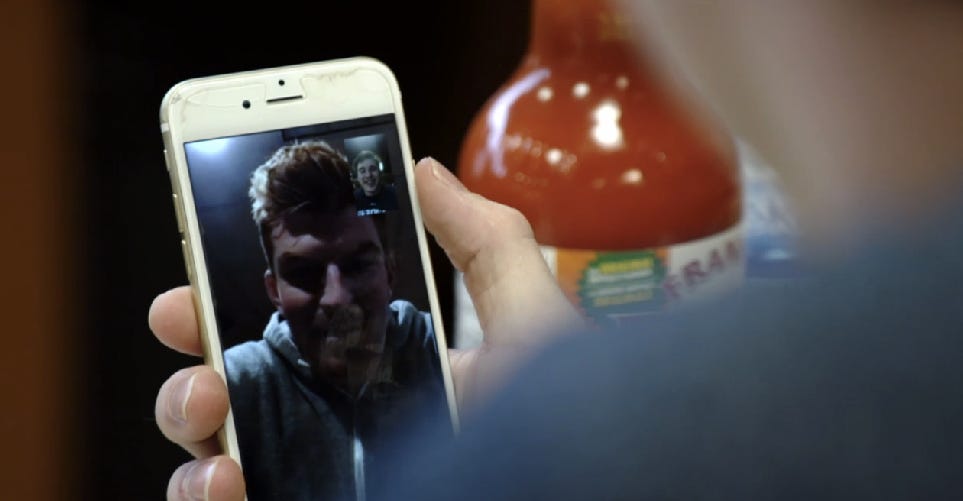 – Max Talbot is sneaky stealing the show this season. Between him busting Vatrano’s balls last week and now with Spooner, Talbot is must see TV. HE WANTED NO PART OF YOU!

– Vatrano not getting attention from even one reporter after a hat trick is laugh out loud funny. Sorry kid, Bergeron is available.

– Honestly I wish there was more to talk about with the Candiens but they just stink. That’s really the only thing you can take away from the road to the Winter Classic: the Montreal Canadiens stink right now.

Free Live Stream Wednesdays 10/9c at Epix.com or get an Epix Free Trial.