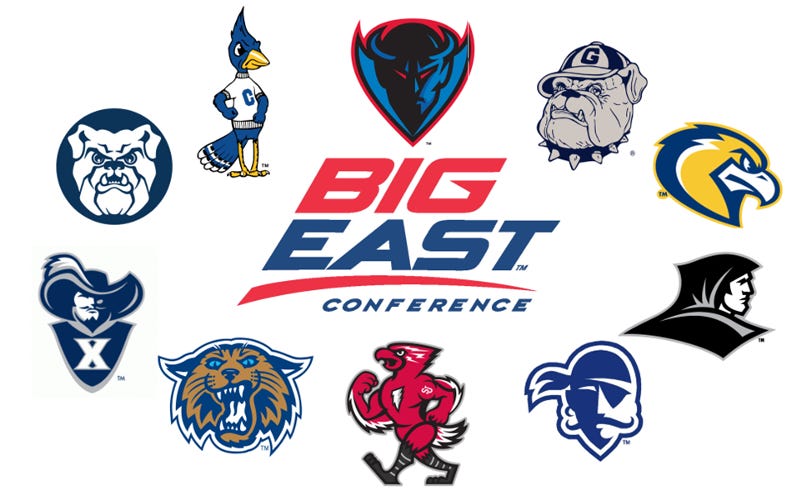 Could this be the year the Big East finally succeeds in March? I’m not talking about one team making a Sweet 16, but the conference as a whole advancing. That’s been the biggest knock on this conference, especially Villanova.

Why do I ask this now? Well, for starters because there’s shit on the schedule again today with teams getting ready for conference play starting this week. Second of all, because you could argue the Big East ‘won’ nonconference play.

The entire conference is sitting at .500 or better. Yes, that includes St. John’s somehow, who lost to Fordham, NJIT and Incarnate Word. Xavier and Villanova both look like absolute Final Four contenders, with Xavier having probably the most impressive season to date of anyone in the country. Butler looks like a top-10 team. Providence has surprised people and are ranked in the top-10 with the AP. Marquette is sitting at 10-2 and looks like a tournament team.

One of the biggest questions a lot of people asked when this ‘new’ conference formed was would it be labeled a power conference like it once was? For me, it’s still one of the Power 6 conferences. Tier 2 conferences don’t get six teams invited to the dance like the Big East did last year. However, it’s becoming a punching bag of sorts because of the failures of Villanova, the flagship program of this league.

Personally, I find that a little outlandish as the NCAA Tournament is the flukiest event in sports. One bad matchup ends a season and clearly as we’ve seen multiple times the best team doesn’t even make the Final Four, let alone win the damn thing. That should change this year though with the Big East. If you want to evaluate the conference on March success, this is a good year for Big East fans.

Frankly, I can’t wait for the afternoon slate on New Year’s Eve to kick this conference off. More on that later in the week. Follow me for your college hoops talk @barstoolreags