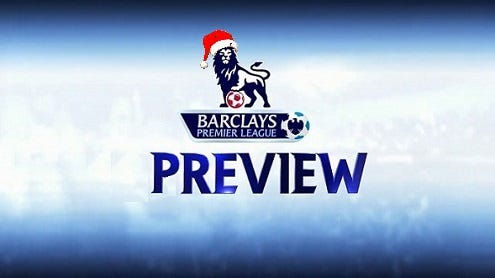 ‘Twas a few nights after Christmas, when all through the house
not a continental creature was stirring, not even a mouse.

The EPL, on the other hand, is in the midst of a three-match run of holiday games that serve to (1) entertain the masses at a time when work is sparse and worthwhile sports are even sparser, and (2) – arguably – leave the clubs tired and bedraggled compared to better-rated clubs in Spain, Germany and Italy come February when competitions like the Champions League start back up again… but this latter point is another issue for another time.

A quick reminder of what happened this weekend: 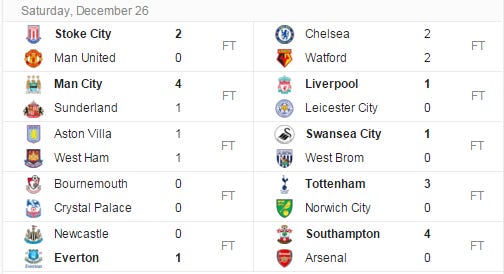 I’m keeping this short because kickoffs are at the top of the hour, but here are some highlights and lowlights from the games that were:

– Liverpool essentially won the league on Saturday, according to Liverpool fans.

– Leicester’s manager Claudio Ranieri decided to sit Jamie Vardy and Riyad Mahrez for the last 20 and 10 minutes, respectively, of the loss to Liverpool, which could prove a masterstroke or a typical “Tinker Man” move depending on how the Foxes fare in their next two games. [Editor’s note: I mistakenly misspelled the club’s name on the first go-round. Apologies. Old habits die hard.]

– United is in a funk… and the only prescription… is more cowbell – or to fire Van Gaal. At least that’s the narrative the media is going with at the moment. More likely they’ll muddle through and buy a difference maker in January and the genius will keep his job… for a few more months.

– Southampton showed some spine for the first time all season. Had they have lost that game a lot of people likely would have begun to question whether the club, which has overachieved impressively for the last couple of seasons, might be regressing to where a club of their means belongs… a 4-0 win against the current EPL favorites though will quiet the doubters – for a few weeks anyway.

– Crystal Palace is walking wounded all of a sudden.

– Oscar’s foot slipped and he missed a PK near the end of the Watford game that could have given Chelsea all three points. Quintessential sucks to suck moment.

At the halfway point of the season, here’s how things stand: 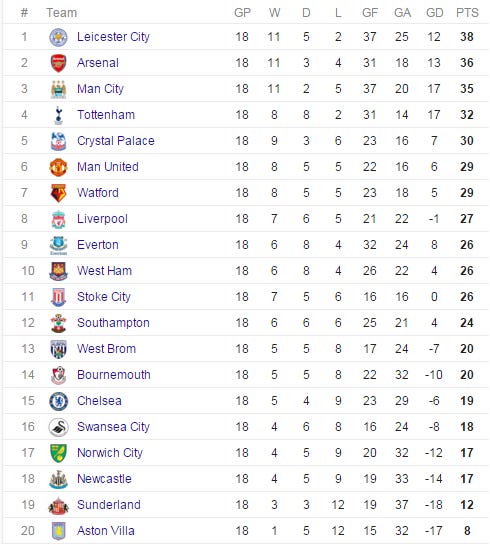 As for the games coming up today, tomorrow and Wednesday, here’s what we got… 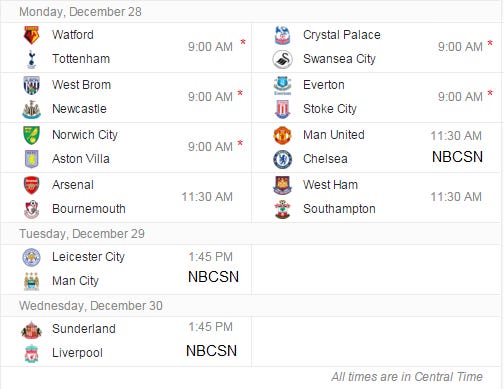 Programming note: all the 9am CT games today are being shown via “Whiparound”, which is essentially like the NFL’s Redzone where they bounce around to show the various goals and/or whatever game is looking most interesting at the time. On paper, Tottenham/Watford matchup should be the primary or default game, but since Spurs can’t have nice things (ie, games on television) we’ll just have to see how it goes.

Oh how the mighty have fallen… or at least have been temporarily hobbled. I’m sort of embarrassed for both these clubs given how good they should be with the money they spend compared to their recent performances on the field. Louis Van Gaal’s job may legitimately be on the line today against the club from which Jose Mourinho was just sent packing. Both teams are relatively healthy, which also makes their current form all the more curious. I hate myself for doing it, but this has “PAINFULLY BORING NIL-NIL DRAW” stamped on its forehead… but I’ll try to be a little optimistic and say it will instead finish a painfully boring 1-1 draw. 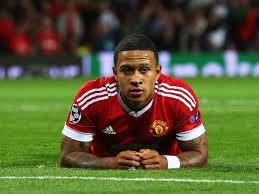 Palace is missing all sorts of important puzzle pieces at the moment, meaning taking the desperate Swans a huge value pick in this one. Gimme Swansea to win 2-1. 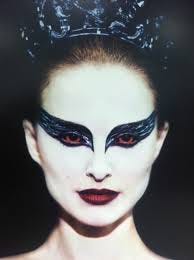 • Everton are coming off a very un-Everton like last second win, while Stoke just spanked the bejesus out of United. So for whom exactly might this be a trap game? How about BOFA… entertaining but extra shloppy 2-2 draw coming right up.

• Aston Villa on the road is a recipe for disaster, even against their fellow relegation contenders. Norwich to win 2-1.

• The Gunners are coming off its worst performance in years. Pray for Bournemouth. Arsenal to win 4-1.

• I’m on the fence about the Watford/Tottenham game. Every time I start to think Spurs may be good they kick me in the dick… but here I go again! Tottenham to win 3-1.

As you could probably tell, time was running short this morning so I’ll post a quickie tomorrow ahead of the City/Lester game (which will preview Liverpool/Sunderland as well) so you won’t have to miss me too much.